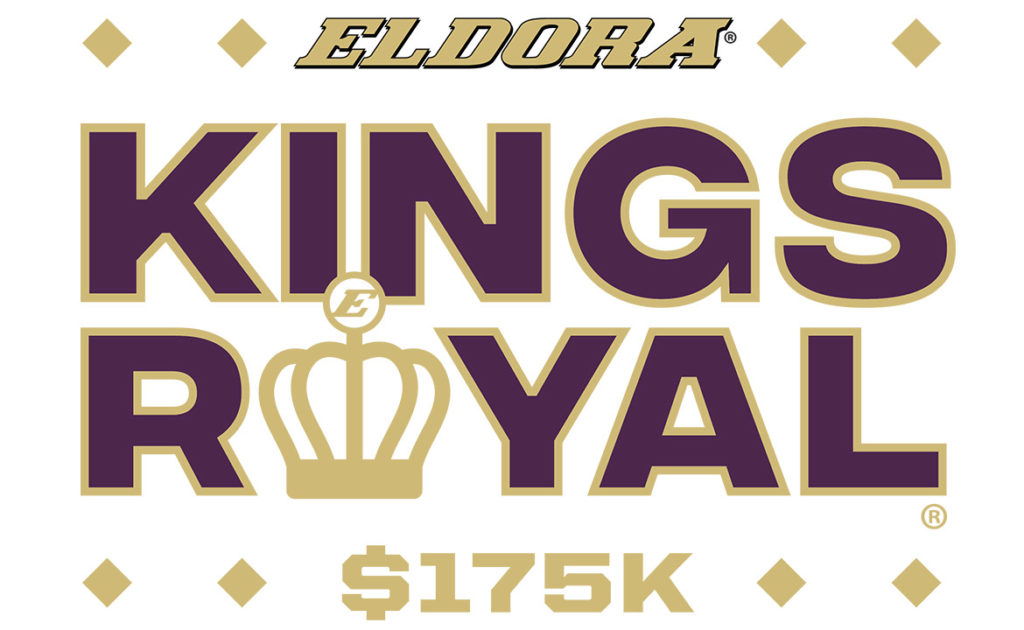 QUALIFYING (TWO LAPS): All Time Trial procedures will follow those set forth in the 2019 World of Outlaws NOS® Energy Drink (WoO) Sprint Car Series Rulebook with the exception that the qualifying order will not be split into “A” and “B” flights.

Cars will time trial in order of the random pill draw* conducted prior to the driver meeting. The fastest lap will determine Heat Group position.

The two fastest qualifiers who do not advance to 1st, 2nd or 3rd place in their Heat Race will start 19th and 20th in the 36th Kings Royal.

* The winners of “Jokers Wild” and “The Knight Before” each earn the right to make their qualifying attempt at any point during Time Trials for the Kings Royal regardless of their established pill draw. The drivers are still required to participate in the pill draw and must present their cars ready to qualify in front of the Media Center to be eligible. If the same driver wins both Thursday and Friday’s Feature races, only that driver has the privilege – there is no transfer of the privilege.

ORDER OF HEAT RACES: The order of the Heat Races will be determined by “The Joust.”

THE JOUST (EIGHT LAPS): The Joust is a race eight-laps in distance amongst the fastest six qualifiers. It will be held after qualifying and prior to the Heat Races.

The starting lineup will be determined by a “Revenge Draw.”

The results will give those six drivers, by order of finish, the opportunity to move their ENTIRE Heat Race in the order of events – and steal away the according advancement.

In 2019, the 3rd fastest qualifier has been seeded into Heat Group C. If the 3rd fastest qualifier wins The Joust, the driver has the first choice to move Heat Group C up or down in the order of events. If they move their Heat Group to be the First Heat Race, they will be racing to start 6th, 7th and 13th. If they see a top competitor is up front of Group F and could possibly start pole, they may choose to move their entire Heat Group to be the Sixth Heat Race in the order putting themselves – and the rest of their heat race – in position to race for the pole, 12th or 18th in the Kings Royal.

Special Rules for The Joust: A new RR tire is permitted for The Joust. If an incident during The Joust necessitates the need for a backup car in the Heat Race, the driver would retain original start position without penalty. If a driver or car is not able to continue further in the program following the conclusion of The Joust, they will be awarded last place monies ($3,000) from the Kings Royal.

HEAT RACES (10-laps): There are six (6) Heat Races of 10-laps in distance. The top-three finishers advance to the 36th Kings Royal.

The two fastest qualifiers not advancing from the Heat Races will start 19th  and 20th  in the Kings Royal.

C-FEATURE: There is one C-Feature. Cars finishing 1st  thru 6th  advance to the Last Chance Showdown.

LAST CHANCE SHOWDOWN: There is one Last Chance Showdown. Cars finishing 1st  thru 4th  advance to the Kings Royal.

KINGS ROYAL (40-LAPS): The top-three finishers from the six Heat Races will makeup the firsteighteen starters in the Kings Royal as follows:

The #JokersWild on Thursday and #TheKnightBefore on Friday will follow the procedures of, and be pointed per, the World of Outlaws NOS® Energy Drink Sprint Car Series. The 36th Kings Royal on Saturday night is a WoO show-up points event.

An additional $5,000 in cash awards has been posted for drivers who have never qualified for the A-Feature at the Kings Royal:

$1,000 Fastest Qualifier who has never made a Kings Royal A-Feature

$1,000 Top-finishing non-qualifier who has never made the Kings Royal

$1,000 Top-finishing driver in the Jokers Wild who has never made the Kings Royal

$1,000 Top-finishing driver in The Knight Before who has never made the Kings Royal

If you are making your first visit to Eldora in 2019, please visit the links below for Eldora-specific rules, Membership Forms and the Minor Vest Program: