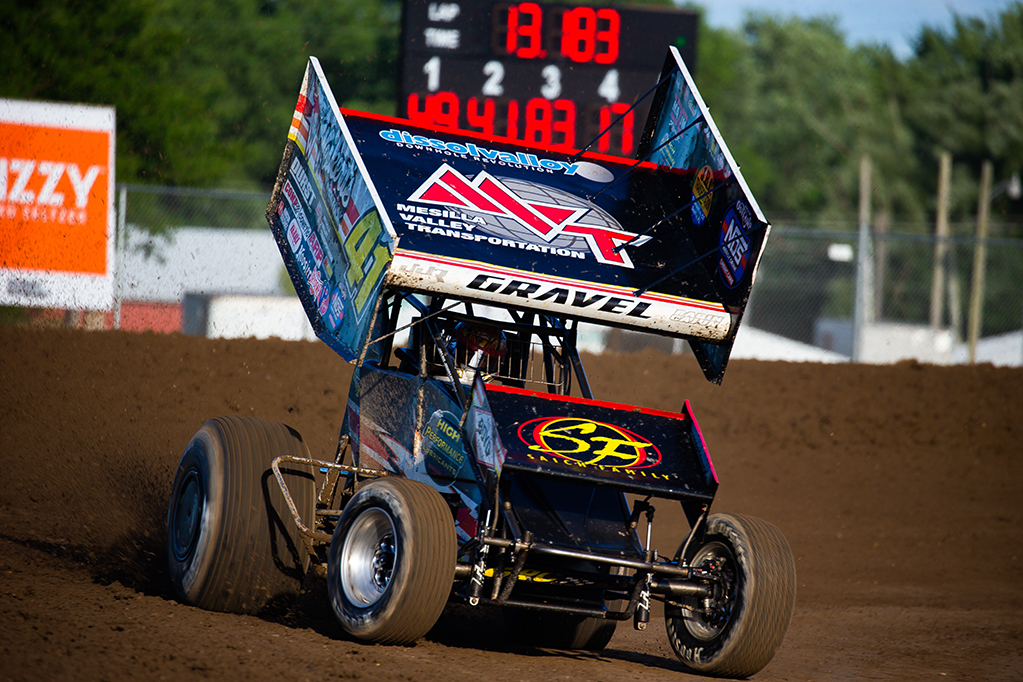 For one night only, The Greatest Show on Dirt is coming to Wilmot Raceway.

The lone event on the weekend, the World of Outlaws NOS Energy Drink Sprint Car Series will bring the best drivers in the country to the Kenosha County Fairgrounds 1/3-mile oval on Saturday, July 10.

Next month’s Badger 40 will mark the ninth-ever appearance by the World of Outlaws Sprint Cars at the Wisconsin track.

Over the last six trips, David Gravel of Watertown, CT has been nearly unstoppable the racy semi-banked bullring. Four of his 63 career World of Outlaws wins (15th all-time) have come at Wilmot; even more impressive is the fact that those four wins have come with three different car owners.

Even when Gravel doesn’t win at Wilmot, he’s always scoring points and running consistently. In the only two events he lost at the Wisconsins track, the 28-year-old finished a respectable second in 2019 and fourth in 2018.

Now, he’ll head to Wilmot for the first time with the Big Game Motorsports #2. Since linking up with car owner Tod Quiring and crew chief Cody Jacobs, the combination has been lethal over the first 28 races. They’ve won five Features this year and currently sit second in the championship standings.

“Something about that place just really clicks with my driving style,” Gravel noted. “I remember from day one, I always loved the track. We’ve won there now with several different cars, and hopefully I can get Big Game Motorsports a win next month in my first try with them.”

The only other full-time driver to win at Wilmot is 10-time Series champion, Donny Schatz. He parked his Tony Stewart/Curb-Agajanian Racing #15 in victory lane two years ago in 2019, beating Gravel to the stripe.

Schatz has been at the forefront of the attention all season long, chasing his milestone 300th career World of Outlaws victory. Albeit winless in 2021, his Carquest, Ford Performance machine has been a staple of consistency when luck falls their way. Recently, they’ve rallied to fourth in the championship standings with their sights set on an 11th championship.

For championship leader Brad Sweet, Wilmot has always been good to him minus a rough 19th-place finish last year. Prior to that result, the Kasey Kahne Racing, NAPA Auto Parts #49 was consistently battling for podiums with runs of 3rd, 3rd, 4th, 4th. With another month left before the Wilmot return, Sweet has nine World of Outlaws to his credit this season as he chases his third consecutive title.

Currently in third in the title chase is Carson Macedo, who leads the charge of drivers hoping for their first Wilmot win. Others hungry for that elusive victory is Sheldon Haudenschild and Logan Schuchart, along with Kevin Gobrecht Rookie of the Year contenders Aaron Reutzel, Brock Zearfoss, and James McFadden.