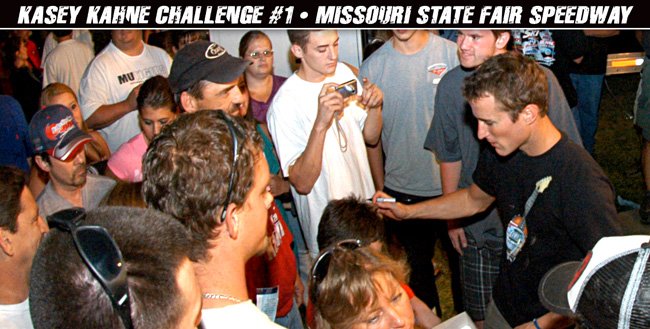 “I enjoy running the half miles,” Kinser said. “Anytime we can get on a half mile and run, and we can speed up, that’s what I really enjoy doing. To me, that’s sort of what it’s all about.”

“The first thing is if the track opens up where you can run the bottom and the top, it’s a fun place to run,” he said. “You can get a bottom groove and a top groove there. I enjoy running at Sedalia.”

Jason Sides held off polesitter Sam Hafertepe Jr. in 2010 to win the last World of Outlaws event at the half mile. Current World of Outlaws points leader Sammy Swindell was third and Donny Schatz finished fourth. Kinser charged from 18th to place ninth.

Craig Dollansky established the track record of 15.676 seconds in 2001.

There is a ticket special with a $5 discount on general admission at all participating O’Reilly Auto Parts stores. With the discount, adult tickets are only $30 and children ages 6 to 12 are only $10.

Grandstands are scheduled to open at 4 p.m. with hot laps set for slated for 7 p.m.