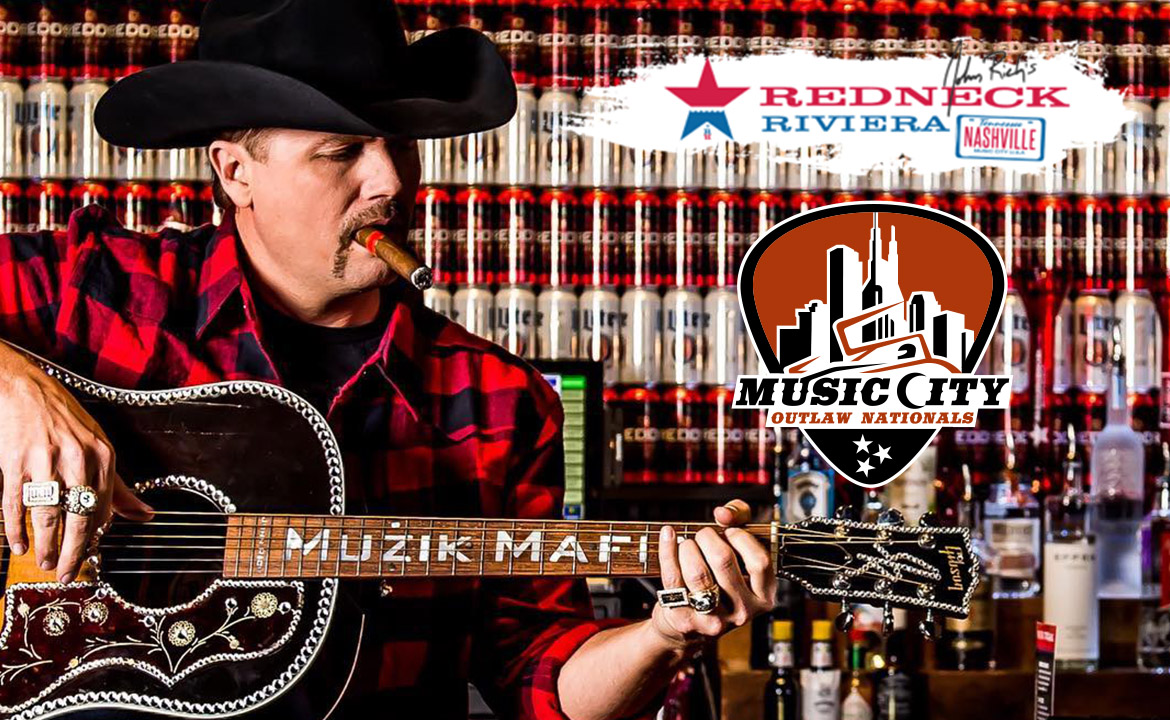 Music and racing have a long history together that will be amped up during the Music City Outlaw Nationals May 31-June 1 in Nashville. While the World of Outlaws NOS Energy Drink Sprint Cars make their inaugural appearance at the Nashville Fairgrounds Speedway, the party will no doubt spread across the city.

Nowhere will it be bigger than John Rich’s Redneck Riviera, which will have drink specials all week for those with passes to the VIP Party Deck at the Fairgrounds, which are available by calling 844-DIRT-TIX or even upgrading tickets at the event.

“The Redneck Riviera at 208 Broadway in Downtown Nashville is THE SPOT for Music City Outlaw RACE FANS,” Rich exclaimed. “Coldest beer, hottest bartenders and best live music on the planet!!”

More than $150,000 is up for grabs over the course of the Music City Outlaw Nationals, making it one of the Outlaws’ biggest racing weekends all year. Drivers like Tony Stewart/Curb-Agajanian Racing’s 10-time champion Donny Schatz, Kasey Kahne Racing’s Brad Sweet, Kyle Larson Racing’s Carson Macedo and Stenhouse Jr.-Marshall Racing’s Sheldon Haudenschild will all be trying to capture the Friday $15,000-to-win Feature and the Saturday $25,000-to-win Feature.

Tickets are available online at WorldofOutlaws.com or by calling 844-DIRT-TIX Monday through Friday between 9 a.m. and 5 p.m.