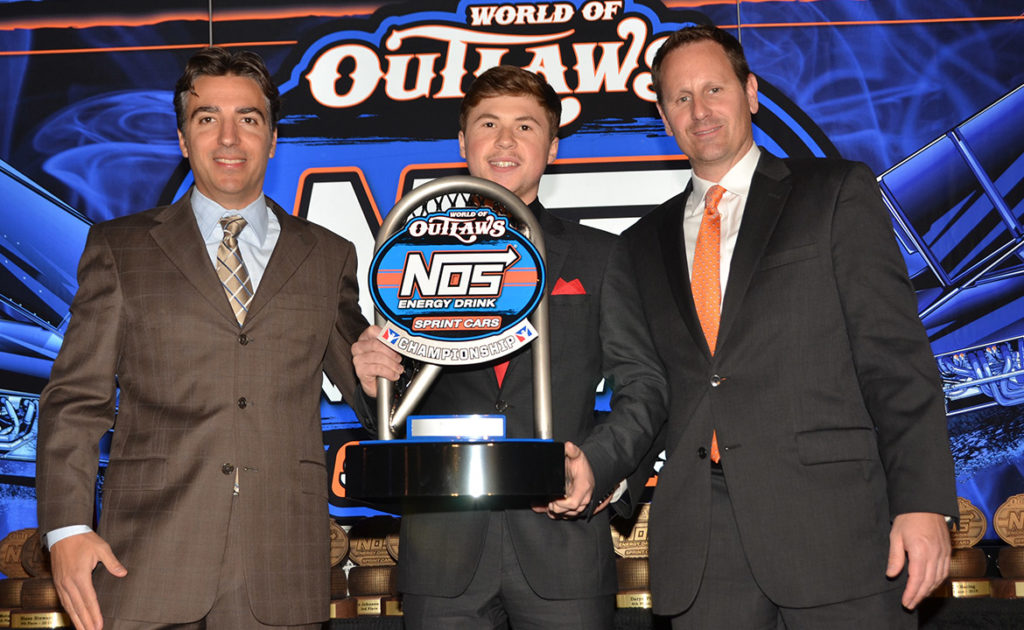 Alex Bergeron stood at the podium during the 2019 World of Outlaws NOS Energy Drink Sprint Car Series banquet in November, thanking his parents, thanking his sponsors and collecting his $15,200 check.

Some drivers in the crowd wore a baffled expression. Many didn’t know who he was or that he won the 2019 iRacing World of Outlaws NOS Energy Drink Sprint Car World Championship. 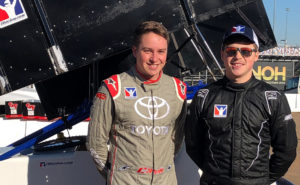 “It’s been quite a ride in the last few weeks,” Bergeron said about working with the group of drivers he’s helped. “I’ve had fun doing it and working with them. Being able to help these guys out is pretty awesome.”

Before a race, Bergeron said he’ll get on iRacing with a driver and run practice laps with him to show him the correct lines and what it takes to be fast in the simulation. So far, they’ve all been quick learners, he said.

“Alex is one of the best or the best from what I have heard and since I have started following him, he seems to always be winning,” Schuchart said. “Alex helped me with the differences from a real car to an iRacing car and some tips on how to make myself better at iRacing. Great guy and very helpful.”

Sweet was impressed with Bergeron’s talent, as well.

“I was just amazed at how good he was at his discipline and how much time and effort he puts in to be the best,” Sweet said. “He knew every aspect and was able to share some of his unbelievable setups. I have no doubt that he would be a great Sprint Car driver if he ever got the right opportunity.”

Bergeron started racing on iRacing in 2013 but has been sim racing since he was 5 years old, playing racing games on PlayStation such as the 2002 World of Outlaws Sprint Car game. When he first started on iRacing, Bergeron said it took time for him to be as good as he is now. iRacing is reliant on a good setup to be fast and it took time for him to find what worked best. Once he did, he became one of the top sim racers.

His degree of success on iRacing allowed him the opportunity to participate in the NASCAR iRacing Series in 2017 and then the iRacing World of Outlaws NOS Energy Drink Sprint Car World Championship and World of Outlaws Morton Buildings Late Model World Championship in 2018. He’s finished third in points in the Late Model league for the last two years and in the Sprint Car league he finished second in his first year before winning the championship last year. 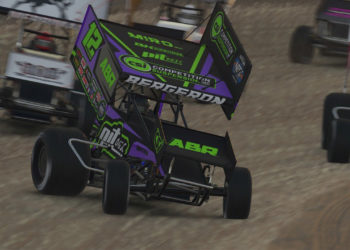 “It’s definitely tougher than last year,” Bergeron said about his 2020 season. “There’s more competition than last year. We’ve got two wins so far. We had the bad luck at Knoxville, with connection issues, while going for the win. I think we’re doing pretty good. Went from the back to the front a couple of times. Our car is pretty fast.”

His iRacing success has led to opportunities to drive a real Sprint Car, too. In 2017, with the Virtual2Reality team, Bergeron got to run a 305 Sprint Car at Castrol Raceway in Alberta, Canada. He started 18th and finished sixth, earning the Hard Charger award for the night.

Last year he ran a couple of 360 Sprint Car races at tracks in Upstate New York and hopes to be able to do more if he can find sponsorship for his team.

It may not be long before Bergeron is standing at a podium, thanking his parents, thanking his sponsors and accepting the check for a real Sprint Car championship.

The iRacing World of Outlaws NOS Energy Drink Sprint Car World Championship can be seen on iRacing.com/live on Monday, May 4, at 9 p.m. (ET).

That was nerve-wracking, but a lot of fun. Thanks Alex Bergeron for the help this afternoon and my sponsors @TeamDrydene @ArtofFast. Can’t wait to go again. #chompchomp pic.twitter.com/z3a5tX1TMi