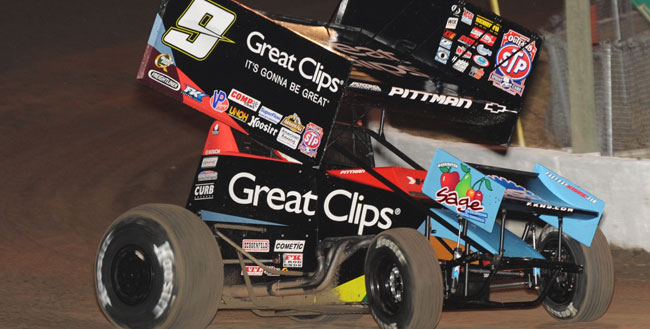 PEVELY, Mo. — April 19, 2013 — The U.S. Army Corps of Engineers projects rising river levels will prevent the World of Outlaws STP Sprint Car Series from being able to compete on Saturday, April 27, at Federated Auto Parts Raceway at I-55.

The river is expected to be nearly 10 feet above flood stage and the track, which sits near Mississippi River tributaries just south of St. Louis, is susceptible to flooding. Flood waters are projected to recede quickly, but not in time for next week’s event.

Tonight’s race at Paducah International Raceway also was postponed because of rain. The series will be in action Saturday night at Tri-State Speedway in Haubstadt, Ind., and again on Friday, Aug. 26, at the Salina (Okla.) Highbanks.