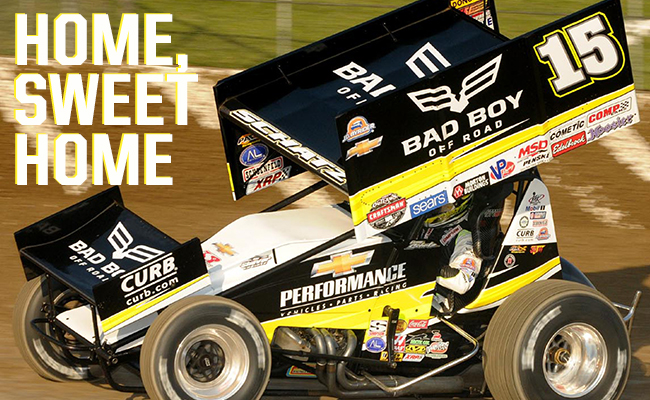 MINOT, N.D. — August 25, 2016 — Donny Schatz may live in Fargo now, but Minot, North Dakota will always be home for the seven-time and defending World of Outlaws Craftsman® Sprint Car Series champion. Schatz was born and raised in Minot and still spends quite a bit of time in the “Magic City.”

“Minot is still where my heart is at,” said Schatz. “I was excited when we first got to there with the World of Outlaws to race several years ago. Hopefully we can have a good showing like we’ve had in the past. We were decent last year and ended up winning the race, but we’d like to be a little better this go around and see if we can’t do it again.”

Schatz has had quite a bit of success in the previous 10 World of Outlaws Craftsman Sprint Car Series races at Nodak Speedway. Along with his four wins, he has nine top-10 finishes, with seven of those being top-five performances. It took Schatz seven starts with the Outlaws at Nodak Speedway to win for the first time, but he has been undefeated since that triumph.

Over the years, numerous improvements have been made at three-eighths-mile Nodak Speedway, which is located at the North Dakota State Fairgrounds. The biggest of which was the construction of a brand-new state-of-the-art grandstand in 2010.

“The facility at Nodak Speedway is second to none,” he noted. “Racers talk about it all over the country and how awesome it is. It is pretty awesome to see Minot, North Dakota have a World of Outlaws show and get a good turnout each time. Every race track in America has that desire to want to have a World of Outlaws show, but not too many of them realize how much hard work actually goes into it and all that is involved. The folks at Nodak Speedway have done a great job with the race track.”

The 2016 season marks the 20th consecutive year that Schatz has been on the road full-time with the World of Outlaws Craftsman Sprint Car Series. Over that span, he has racked up seven championships and 222 A-Feature wins with the series. Schatz sits third on the series all-time win list, behind only Hall of Famers Steve Kinser and Sammy Swindell. Over the last 10 years, Schatz has finished first or second in points each and every year.

“I’ve been around it for 20 years and I love what I do,” he said. “You keep your nose to the ground and keep doing what you love to do, and here we are 20 years later. It’s been a fun 20 years and has gone by in the blink of an eye. I try to think back and have probably forgot about more fun things than people ever get to do, and that’s because of racing. I’ve always enjoyed racing and it’s what we do — traveling and racing with these guys. Hopefully I can be around for another 20 years, but that might be pushing it.”

To celebrate his 20th year on the road with the World of Outlaws Craftsman Sprint Car Series, Schatz will be signing commemorative posters on race day, Sunday, August 28, at the “Carousel Pub” under the grandstands from 3:00-5:00 p.m.

“To be able to meet the fans on race day is going to be awesome,” said Schatz. “I’m looking forward to seeing a lot of familiar faces and hopefully they come out and see us.”

Tickets for the Gerdau Magic City Showdown presented by Gerdau, Schatz Crossroads, Minot Tourism and Fastlane Carswash-Minot, featuring the World of Outlaws at Nodak Speedway on Sunday, August 28 can be purchased online  and at the track on race day.