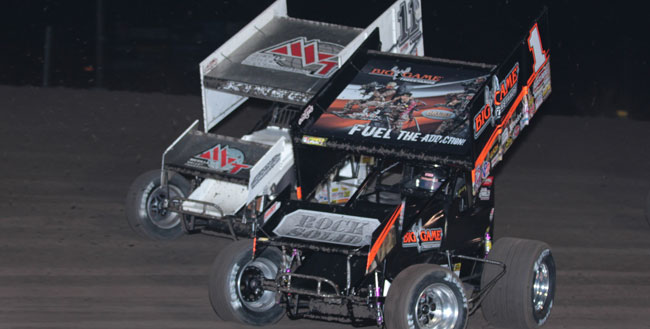 LIMA, Ohio – July 9, 2013 – Late afternoon Tuesday, Limaland Motorsports Park officials working with World of Outlaws STP Sprint Car Series officials decided it would be in the best interest of fans and racers to push back the Brad Doty Classic to Thursday.

Overnight storms have made conditions unfavorable for an event Wednesday night. Limaland’s Bob Fricke was disappointed the decision had to made but said, “Postponing one day will give us the best conditions for this awesome event.”

Times for the event will remain the same with the grandstand gates opening at 5 p.m., hot laps at 6:30 p.m. and racing scheduled for 7:30 p.m.