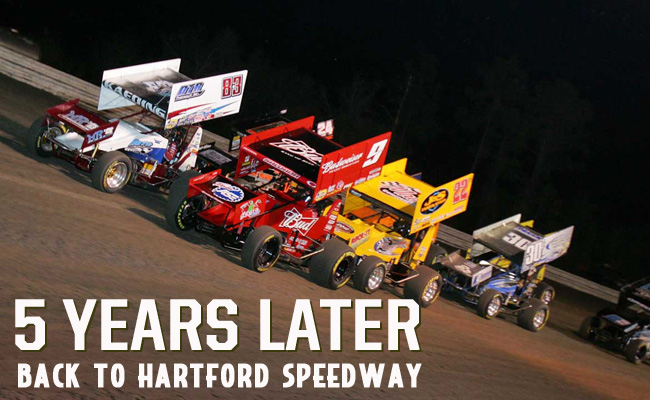 By the Numbers: World of Outlaws Craftsman® Sprint Car Series at Hartford Speedway

HARTFORD, Mich. — Sept. 19, 2016 —The World of Outlaws Craftsman Sprint Car Series returns to Hartford Speedway in Michigan on Wednesday, September 21, for an event that was postponed by rain back on July 29. All tickets and pit passes purchased for the originally scheduled race will be honored. Fans are asked to bring their original ticket with them for admittance. Tickets are still available for purchase online and at the track on race day. The race will mark the final stop of the season for the “Greatest Show on Dirt” to the Great Lakes State. This edition of By the Numbers sets the stage.

By the Numbers: Hartford Speedway

All tickets and pit passes purchased for the originally scheduled race will be honored on September 21. Tickets for the World of Outlaws Sprint Car Series event at Hartford Speedway in Hartford, Michigan on Wednesday, September 21 can be purchased online, at track, or by calling SLS Promotions at 815-344-2023.