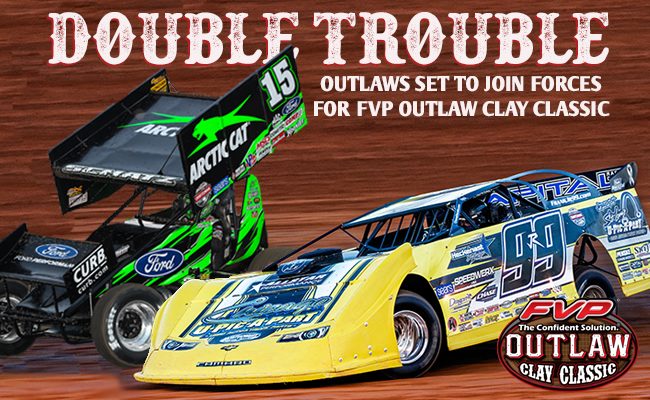 The World of Outlaws Craftsman Sprint Car Series invades the Dirt Oval at Route 66 for the first night of the FVP Outlaw Clay Classic on June 27. Current Sprint Car Series point leader Donny Schatz won the inaugural event on June 29, 2016 at Rockford Speedway. The event marks the halfway point just as the Outlaws prepare for the most grueling and highest-paying month of racing in the midst of a tight championship points race.

Heckenast Jr., from nearby Frankfort, IL, is currently in his fourth season with the Series. His lone World of Outlaws victory came at Florida’s Bubba Raceway Park in 2015, which creates an enticing opportunity for Heckenast Jr. to earn his second Series triumph in his home state.

The Dirt Oval at Route 66 Raceway presents a unique challenge to the Outlaw drivers of both Series. Neither Series has had the opportunity to race at the track on the grounds of the Chicagoland Speedway in over a decade. Schatz went to victory lane when the World of Outlaws Sprint Car Series was last there in 2005. The World of Outlaws Late Model Series last visited the track as the Hav-A-Tampa Series in 1999.

Two-day advance ticket packages for the second annual FVP Outlaw Clay Classic at the Dirt Oval at Route 66 Raceway in Joliet, IL are available by calling 844-DIRT-TIX or online at www.WorldofOutlaws.com/Tickets.

Season’s End – A Finale on The Dirt Track

Schatz Set for Double at Route 66