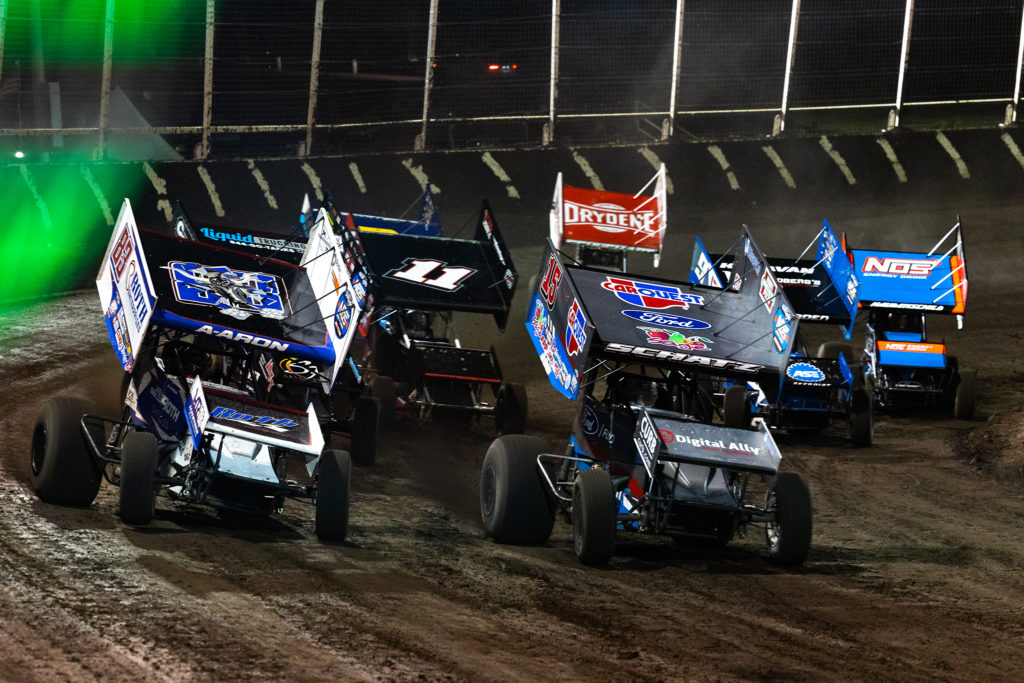 After three years away, the World of Outlaws NOS Energy Drink Sprint Car Series is finally returning to New York.

The Empire State will host The Greatest Show on Dirt for back-to-back nights to cap off the busiest month of the season, sandwiched right in the middle of the mega “Month of Money.”

On the docket for the 900+ horsepower beasts in the northeast is The Big “R” Outlaw Shootout at Ransomville Speedway on Friday, July 30, followed one-night later by the Empire State Challenge at Weedsport Speedway on Saturday, July 31.

The long-awaited return to New York state ends a more than 1,000+ day absence since the last appearance at Fulton Speedway on October 6, 2018. Mother Nature stole shows in 2019 and the COVID-19 pandemic kept the Series locked out last year. This year, its full steam ahead.

Although both tracks are relatively young in the grand scheme of World of Outlaws events – Ransomville has hosted five races, Weedsport has hosted nine shows – more than half of the current crop of full-time drivers are familiar with the facilities. In 2018, eight full-timers were in action when the Series last rolled through town.

Of all those still-active drivers, only David Gravel of Watertown, CT and Donny Schatz of Fargo, ND have won at either Ransomville or Weedsport in World of Outlaws action.

Gravel is the most recent winner at Ransomville, topping the Big “R” in July of 2018. He’s got four top-fives through five combined appearances at both tracks, including a podium run at Weedsport in 2016.

Although Weedsport is four hours away, it’s still the closest track on the World of Outlaws schedule to Gravel’s hometown of Watertown, Connecticut.

“I love it anytime we can get back up around the northeast,” Gravel said. “That’s where I grew up and I’ve got a ton of great supporters from the region. I’ve always done pretty well up in New York, I’ve already got the one win at Ransomville, I’d really like to add another at Weedsport.”

Two other models of consistency in New York are the only two active Series champions – Donny Schatz and Brad Sweet.

Each own four top-five finishes in five trips to Ransomville and Weedsport, however, Schatz is the only of the two to win.

The driver of the Tony Stewart/Curb-Agajanian Racing, Ford Performance #15 topped the 2016 show at Weedsport and all told has an average finish of 3.0 in the Empire State.

For Sweet, the Kasey Kahne Racing, NAPA Auto Parts #49 ran runner-up in both trips to Ransomville and collected a pair of top-fives at Weedsport. The Grass Valley, CA native is anxious to finally snag that first win in New York.

Sandwiched in the midst of the “Month of Money,” the New York doubleheader comes at a crucial time with momentum and confidence meaning everything.

With another 11 events remaining until the Series swings through New York, the current championship outlook remains relatively similar to how its look all throughout spring.

Brad Sweet, chasing his third-consecutive World of Outlaws title, has led the points since March. He’s already won 10 NOS Energy Drink Features this season and has a knack for taking his game to the next level through the July and August months.