Skip to content
BIG MONEY MATTERS AT I-55
Tags: 5287952880Federated Auto Parts Raceway at I-55IronmanNight Before the Ironman 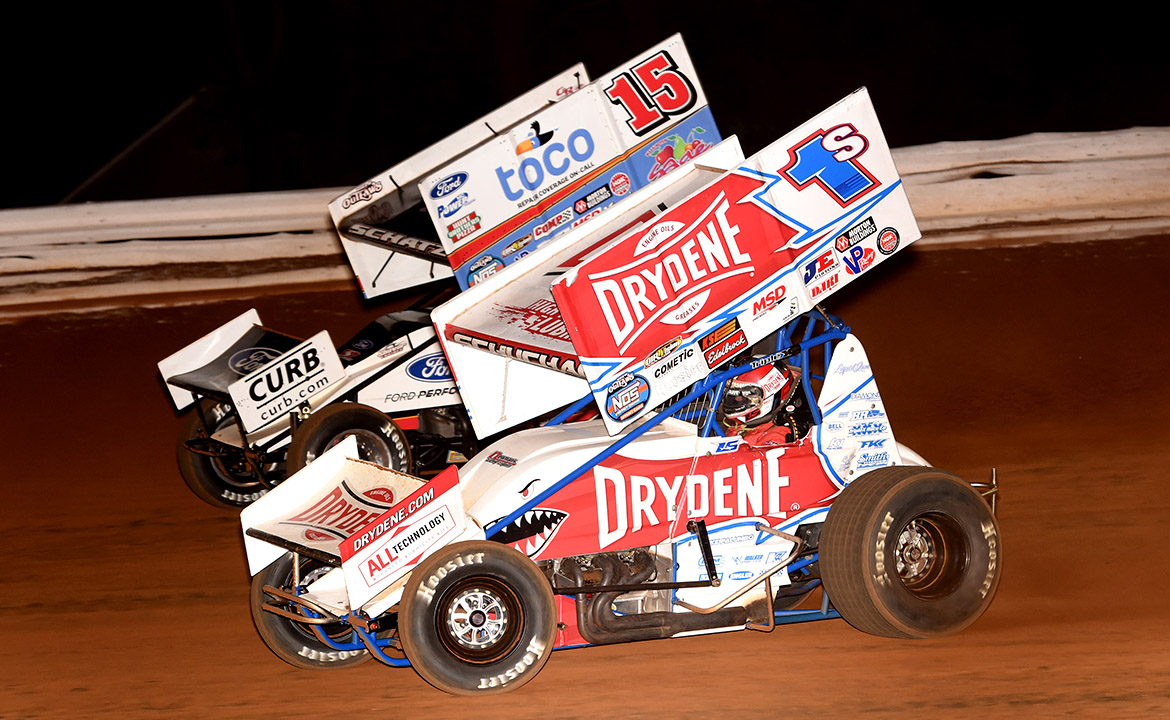 During the Summer of Money not only will World of Outlaws NOS Energy Drink Sprint Car Series drivers get a chance to win $28,000 from a total purse of more than $110,000 during the Aug. 2-3 doubleheader at Federated Auto Parts Raceway at I-55, but they’ll also battle for the “Ironman” title.

Abreu held off a charge by David Gravel to win the Friday night event and at the Ironman, the next night, Schuchart dueled with Kasey Kahne Racing teammates Brad Sweet and Daryn Pittman for the win. Both events demonstrated why the World of Outlaws NOS Energy Drink Sprint Car Series is The Greatest Show on Dirt. And drivers are ready to do it again this year.

There have already been 16 different winners in the first half of the season. Sweet leads the way with nine wins, so far, this year — tying his record for most wins in a season. He and 10-time Series champion Donny Schatz have kept the battle for the points lead exciting all year long with the two drivers continually racing each other week after week.

Pittman led the early stage of last year’s Ironman before Schuchart passed him for the lead. The Owasso, Okla., driver will be hungry for a victory again this year as he’s been winless since February when he won the two season-opening races at Volusia Speedway Park.

Schuchart is sure to be a threat once again hoist up the dumbbell. He’s already on track to have a career best year with four wins, so far — tying his record for most wins in a season — and tends to put himself in position to win most weekends. There’s no denying his speed this year with five KSE Hard Charger awards, so far.

Drivers will be competing for $8,000 on Friday, Aug. 2, in Night Before the Ironman presented by Monroe Shocks and Struts, and then $20,000-to-win and $1,000-to-start Saturday, Aug. 3, in the Federated Auto Parts Ironman 55. When there’s big money on the line, drivers always kick the high-octane show of the World of Outlaws into a new gear.