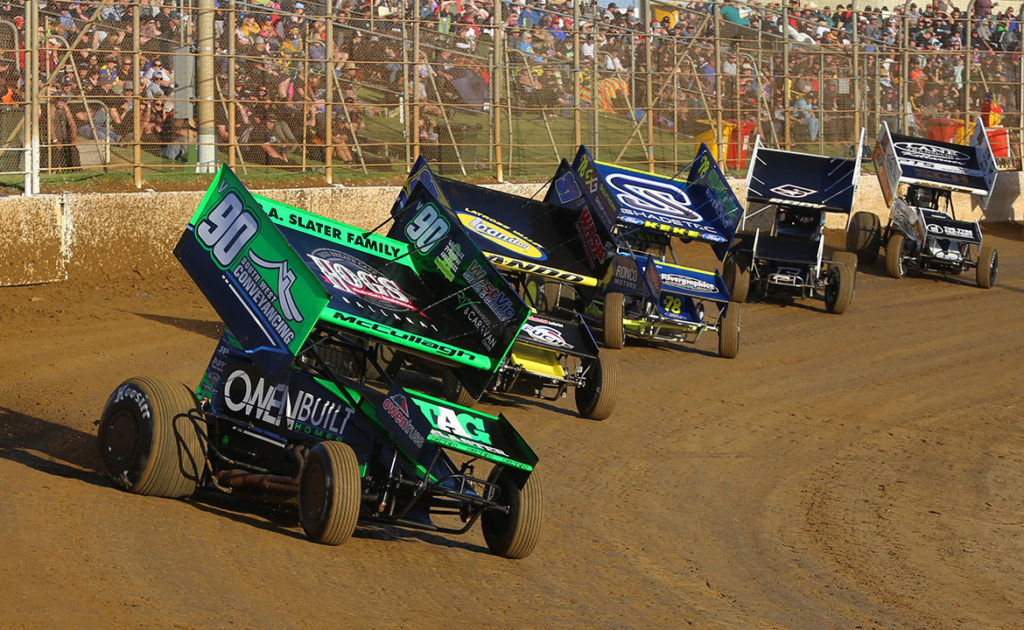 All North American DIRTVision Fast Pass subscribers will be able to watch the best Sprint Car drivers in Australia duel with a plethora of star American drivers, Jan. 24-26, for the $224,000 purse and the accompanying glory of winning in front of tens of thousands of fans. The event will go live at 1 a.m. (ET) for each event.

The Classic will see more than 100 drivers battling to win the illustrious race. This year, fans can expect to see a number of familiar drivers from the United States, including Kyle Larson, Carson Macedo, Shane Stewart, Tim Shaffer, Tim Kaeding and McKenna Haase. Three-time Classic winner Kerry Madsen will also be in the field, along with his brother Ian Madsen.

The caliber of the event and the mid-winter date attract some of the best driver from the United States to Warrnambool to compete against the locals in the crown jewel event. The Classic is essentially the Knoxville Nationals of Australia, with the largest car count in Sprint Car racing. In 2015, the event actually beat out the legendary Knoxville Nationals by two cars with 107 entries.

American drivers have won 17 of the 44 Classics run since 1973, including victories from former World of Outlaws champions Donny Schatz and  Danny Lasoski. As with the Australian Championship, drivers from New South Wales have dominated the event with 18 wins. The home state of Victoria had to wait until the 20th running of the event to have a home winner with Warnambool’s own Max Dumesny winning in 1992.

North American Sprint Car fans can witness the excitement and international competition from Down Under with a DIRTVision Fast Pass subscription for only $39. Sign up now to watch the Sprintcar Classic, as well as other weekly Australian shows.