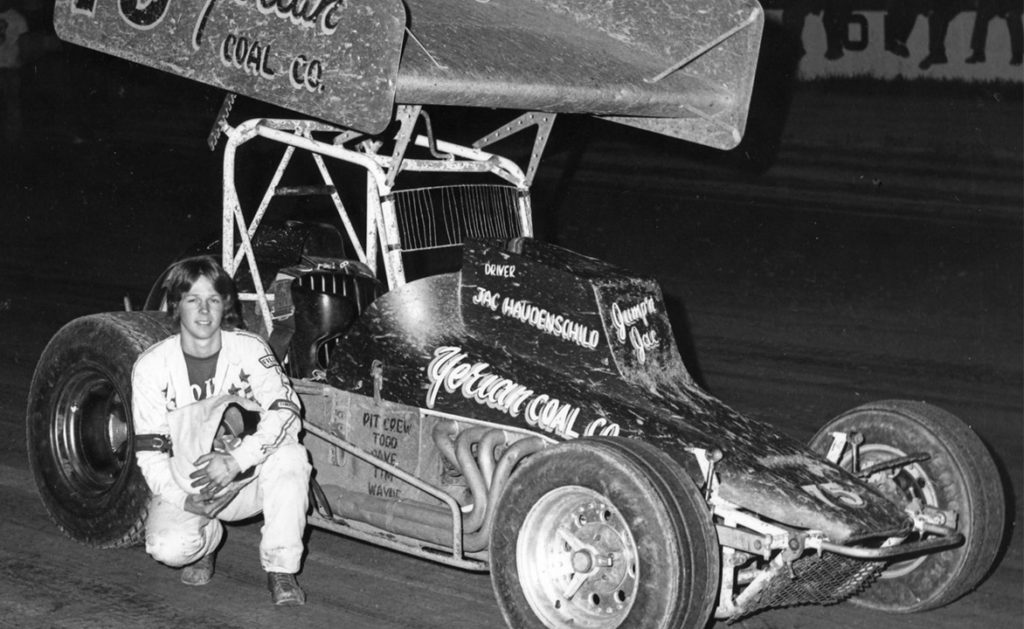 It was Eldora Speedway’s first multi-night Sprint Car festival. It began six years before the Kings Royal and 17 seasons ahead of the Historical Big One. It was the Eldora Nationals and like everything by Earl Baltes, it was a big deal in 1978.

When the World of Outlaws became America’s hot ticket, success was largely due to Baltes paying Two Grand in April, Five Grand in August and an unprecedented 10 Grand to win October’s finale. But the biggest international enchilada in Sprint Car racing is and was in Iowa on August’s second weekend so the timing of Eldora Nationals and HBO allowed visitors from Australia, California or Pennsylvania to camp in Ohio on their way to Knoxville Nationals. It was the seed of today’s Month of Money.

Baltes believed in cold hard cash stashed in a meat freezer. Sanction fees were nuisance tax to ensure that Outlaws or All Stars did not force point chasers elsewhere. The sole criteria of Ted Johnson’s inaugural agenda was to award Outlaw points to any (non-USAC) Sprint race anywhere in America that paid its winner at least $2,000. When the Eldora Nationals pushed off, Earl could have handed 500 bucks to Thursday and Friday winners like Lanny Edwards in Texas, but Ferkel and Randy Ford from Fremont received Two Grand apiece and full credit as Outlaw winners despite 50 cars being split into separate qualifying nights. Ferkel pocketed Five Grand but fans were transfixed by 20-year-old Jac Haudenschild riding the rim to second-place.

Ferkel earned the same amount as Doug Wolfgang at Knoxville, Kinser at the Gold Cup, and Buster Venard at Ascot Park. Promoters of those tracks blanched when Baltes handed Ten Grand to Shane Carson in October. To prove it was no fluke, Carson captured the same prize in ’79. The second Eldora Nationals pulled 65 cars that raced all three nights, all won by Steve Kinser. Ron Shuman (Gary Stanton 75) climbed from second in the D-main to first in C, first in the Last Chance Showdown, and sixth in the Feature. A week later, Shuman and Stanton earned their only Knoxville Nationals victory.

The Eldora Nationals arrived seven years after Eldora’s first World 100 for late models, which paid an outrageous $4,000 to win in 1971. Each year, Baltes increased that World 100 winner’s take by a grand and improved the Eldora Nationals accordingly in 1980 when everyone raced every night. The format changed in 1981 when the Top Eight from Thursday’s opener locked into Saturday’s first four rows. Wolfgang fell out the first night, made $1,500 by winning on Friday then scored $7,000 on Saturday.

Baltes battled every organization at some point. In 1978, he was mad at USAC, creating the void that Outlaws happily filled. Five years later it was the World of Outlaws all but exiled from Eldora. Being the All Star board member with the most clout, Baltes flew that banner over the 1983 Eldora Nationals while Ted did three nights at Williams Grove. Eldora campers caught six races that began with Monday Midgets and topless Tuesday of USAC Sprints. Mel Kenyon and Jack Hewitt won those. The first All Star winner of the Eldora Nationals was the same Randy Ford who won the first Outlaw leg in ‘78. Osborne and the Gapco car that Lee built for Joe Saldana shared honors before one of Sprint Car racing’s great upsets. Oregon’s Gary Lynch had wandered east for the first Ohio Speed Week then lingered at Lernerville as guest of Don Martin. Rookie to the 1982 Eldora Nationals, he missed all three features. In three nights of the ’83 edition, he finished behind the Top Ten. And still Lynch pinched Saturday’s Six Grand.

Late Model money spilled into the Sprint Car trough in September of 1983 when Carl Short offered $25,000 to win an All Star Sprint Car race at Pennsboro, WV. A few months later, Baltes bumped the top prize to $50,000 by announcing the first Kings Royal. All of a sudden, Ten Grand for an Eldora Nationals triumph felt like a wage reduction. In five years, Kings Royal made the Eldora Nationals extinct. It still carried an All Star stamp one week after the 1984 Knoxville Nationals when Outlaws were idle. Steve Kinser skipped the preliminaries yet pocketed the $50K.

For the second summer, Baltes began his Nationals with Midgets of the World Wide Auto Racing group. To wreck a midget at Eldora, “is like kicking a tin can down an alley,” according to one acerbic shark. Twenty laps into 33, tumbling Midgets filled the backstretch. Midgets were never part of another Eldora Nationals. Baltes brought The Outlaws back to the 1985 Eldora Nationals. Not wishing to dismiss All Stars entirely, Earl gave them Wednesday, but it rained out. Thursday’s Top Four locked in. Haudenschild brought Ed Watson’s pink and lavender Gambler to ninth on Thursday, then last to first on Friday’s final bend to bolster folk hero status. Victoria’s Max Dumesny debuted on the national stage, but there was no stopping the 1985 juggernaut that was Doug Wolfgang, Bob Weikert and Davey Brown.

The 1986 Eldora Nationals opened with Wednesday All Stars then three Outlaw nights. Thursday’s Top Three went straight to Saturday’s final. Kenny Jacobs followed fifth on Thursday with first on Friday in his first Outlaw success. His winning Gambler was the Genesee Beer 56 owned by New York’s Dick Hammond and maintained in Indianapolis by Galen Fox and Scott Gerkin. Fox and Hammond had been 1977 USAC Sprint kings with Sheldon Kinser. In that era, Eldora victories almost always went to the guy highest on the hill, but in 1986 it smiled on low riders like Don Kreitz Jr. (stunning the Kings Royal) and Bobby Allen, who exited Eldora Nationals with $12,225.

The last three Eldora Nationals were nothing more extravagant than standard two-day pay. Steve Kinser (’87-88) and Wolfgang won $8,000 with Doug’s two-night sweep worth $11K. Baltes beefed up the Ohio allure by offering Outlaws on Sundays at Millstream Speedway in Findlay. These races were successful but no longer special unless you were Verlin Chupp of Goshen, IN. The opener to the 1988 Eldora Nationals was when Haud hopped in Verlin’s vehicle built by Bobby Allen for Joey Allen and turned the cabinet maker into a series winner.

For three sweaty summers, there was no real Month of Money. As the Knoxville Nationals inched closer to Kings Royal’s first-place haul however, Earl’s ego produced the first Historical Big One in 1993. Like the first dozen Kings Royals, HBO carried no sanction. Like early Eldora Nationals, HBO week began with USAC and All Stars before Outlaw rigs rolled in. And just like the first Eldora Nationals, Jac Haudenschild brought down the house by winning $100,000.

Not even a global virus could kill the king.

THE BIG E: Eldora Hosts First of Seven World of Outlaws Races on May 6-7