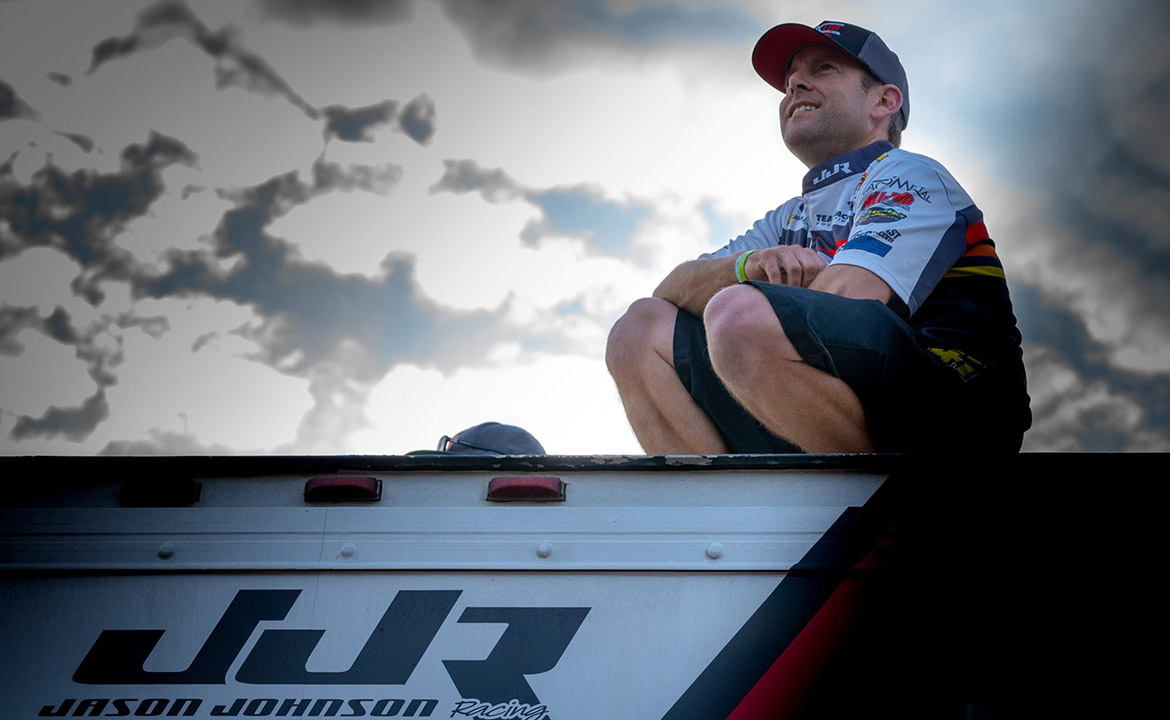 Finishline Productions
Dietz Motorsports is scheduled to compete in more than 40 World of Outlaws races this season
By Nick Graziano | March 2, 2020 at 11:12 am

Philip Dietz always wanted his own Sprint Car team one day. He never planned for it to happen this soon.

Along with his full-time position as crew chief for the #41 Jason Johnson Racing team, Dietz will also crew chief his own #14 Dietz Motorsports car for about half of the 2020 World of Outlaws NOS Energy Drink Sprint Car Series season.

While it’s a daunting challenge, it’s one the two-time and defending Knoxville Nationals winning crew chief is excited to take on. And will take on next at the Texas doubleheader on March 13 at Cotton Bowl Speedway and on March 14 at LoneStar Speedway.

“I really enjoy it,” Dietz said. “I enjoy the challenge. It’s fun. It keeps me busy. It keeps me on my toes.”

The birth of his new Sprint Car team grew out of David Gravel’s opportunity to run six NASCAR Truck Series races this year. At the end of 2019, Dietz said he and JJR owner, Bobbi Johnson, knew Gravel was going to run some Truck Series races, they just didn’t know how many. At times it ranged from one race to 12.

No matter the number, Dietz said it was apparent a fill-in driver was needed. Parker Price-Miller was at the top of the list. He was initially high on JJR’s list of drivers it considered to fill the #41 car for the 2019 season.

“I see a lot of potential in him,” Dietz said. “He’s a great guy. Not only does he do well on the track, but off the track he carries himself very professionally. He speaks very well. He actually came down right after Chili Bowl and spent two weeks with us at the shop, getting things prepared and cars built.”

They initially didn’t know how many races they could offer Price-Miller but knew it wouldn’t be many. Johnson approached Dietz with the idea of having a second part-time JJR car that he would also crew chief and Price-Miller would drive, giving the young driver more seat time and the pair more time to mesh for the few times they work together on the #41 car.

“I told them (the JJR team) that it would be a tough order,” Dietz said. “At first they wanted to order all new cars and run everything through their operation. I told them it was going to be extremely tough for me to have everything built and ready for Volusia.

“So, I proposed to them to use two rollers that I had purchased from JJR in the past. Kind of have control over those cars, be able of over see it, because all of the cars are currently housed at JJR. In return, I wanted naming rights and the authority to overlook the team a little more. They were all about it and very receptive. We ended up putting a schedule together of roughly 42 races this year. It’s going to be a challenge, no doubt. I’m looking forward to it.”

He added that the decision to start his own team is not a reflection on Jason Johnson Racing. It was an opportunity for him to build his reputation and build a side business with his wife, Brooke, who co-owns the team. With her marketing degree, she helps handle the sponsorship, public relations and social media side of Dietz Motorsports.

Owning a Sprint Car team was something Dietz always kept in the back of his mind. When he was younger, he wanted to be a driver. He’s gotten the opportunity to drive a Sprint Car and he has a Micro Sprint he’ll occasionally run. But over time he gravitated toward the crew chief role and said he actually enjoys it as much as driving.

That passion was evident during the five days of Sprint Car racing at the season opening DIRTcar Nationals. Dietz became a pong ball, bouncing back and forth between the #41 JJR car and his #14 Dietz Motorsports car parked next to each other.

While he and Gravel had a lot of success in their first year together in 2019 ­– earning 21 Quick Time awards and 12 wins, including the Knoxville Nationals – there’s still more for both of them to learn as JJR purchased new cars for the 2020 season and has two new crew members.

“It’s a learning process,” Gravel said. “We put new cars together for the 41. The 14 is kind of the cars we ran last year. And we’re just finding some things different with the 41 car. So, we can’t do the same thing we did last year. We’ve got some new people on the 41 and new people Phil has never worked with on the 14. It’s a learning process right now. We’ve just got to sort through it.”

They sorted through it in prime fashion during the DIRTcar Nationals with Price-Miller and Gravel earning top-five finishes in the first World of Outlaws race of the season. Gravel also earned Quick Time in his first two races of the year.

Some thought the addition of a second car might take away from the performance of the #41 car, but Dietz said having the second team actually helps get both cars up to speed quicker with the two drivers able to share feedback.

“We actually spent the first two races of the season trying setups, just seeing what’s best for each car,” Dietz said. “So, to roll out the first Outlaw race and have speed is pretty cool. Hopefully we can keep that momentum going.”

Price-Miller’s comfort level with the car and team grew each race, he said. To him, driving for JJR and Dietz Motorsports is one of the biggest opportunities of his career.

“I’d say [JJR] is one of the top three Sprint Car teams out there right now,” Price-Miller said. “Philip, in my book, is probably the number one crew chief out there right now. He’s very particular in what he does. If it’s a 32nd off, he’s going to get it so it’s exactly on point. It’s nice to work with a guy like that. Yeah, I’d say it’s one of the biggest opportunities and I’ve just got to take advantage of it.”

His goal is to win three races this year between the two teams. He acknowledged it’s a tough goal but also believes it’s a realistic one.

For Dietz, he’s taking it race by race. His main priority, he said, is JJR. Whether he ever wants to take Dietz Motorsports full-time or not has yet to cross his mind. He’s just happy to be doing something he’s always wanted to do. Even if it is a little sooner than expected.

Dietz Motorsports’ next batch of races will be at the Texas doubleheader and the Arizona doubleheader the following week on March 21 at USA Raceway and March 22 at Arizona Speedway. Tickets are on sale for all of those events.

If you can’t make it to the races, you can watch all of the action LIVE on DIRTVision.com.

You can also hear more from Parker Price-Miller on the Open Red podcast.