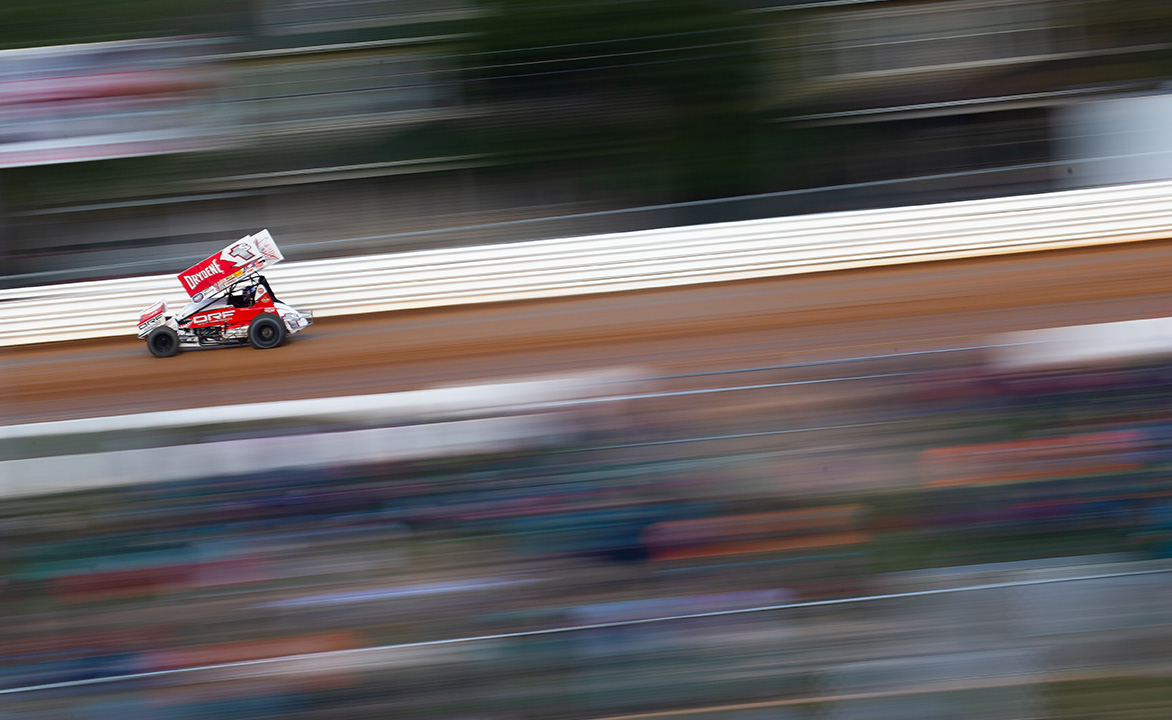 Trent Gower photo
Shark Racing is poised to contend for the 2021 World of Outlaws championship
By Nick Graziano | November 17, 2020 at 4:50 pm

After crashing out of the race at Beaver Dam Raceway in June while running second, Logan Schuchart knew if he lost the championship by five points his grandfather would say, “I told you so.”

He lost it by 46 points, but the message delivered by that mistake has stuck with him ever since.

“There’s a few racetracks where we hurt because of my inexperience of being in these situations where I was racing for wins when I should have been more conservative and settled for a second or third-place finish,” said Schuchart, of Hanover, PA. “We would have definitely been closer.”

While a runner-up finish, or even a win, at Beaver Dam wouldn’t have made Schuchart the champion this year, it would’ve kept he and his Shark Racing team in contention for the title until the final lap, instead of allowing reigning champion Brad Sweet to lock up the championship during the penultimate race of the season.

Now, no longer a rookie at running for a championship, Schuchart is taking the lessons he learned this year to heart for another run at his first World of Outlaws NOS Energy Drink Sprint Car Series championship in 2021. But along with implementing a more conservative nature at times, he admitted he and the team still need to work on their consistency.

Hitting the wall at Beaver Dam was Schuchart’s only DNF of the year, but he had two finishes outside the top-15 in the last 10 races, which hurt just as bad. Those two finishes combined cost Schuchart 40 points to Sweet.

“There’s been a few races where we had some issues and didn’t quite figure it out and finished mid-pack,” Schuchart said. “There’s some races and some racetracks that we still need to learn a little bit about; go watch some tape; look back at the notes and figure out what went wrong and fix it.”

Despite losing the championship, Schuchart and the Shark Racing team didn’t hang their heads at the end of the 2020 season. They were held high in celebration of their victory during the season ending World of Outlaws Last Call at The Dirt Track at Charlotte – his seventh win of the year.

Knowing the championship was out of reach, Schuchart was determined to end his season on a high note. Parking his Drydene #1S car in Victory Lane accomplished that and provided he and the team with the confidence that they can enter the 2021 season as championship contenders again.

“We just wanted to come down here and run strong,” Schuchart said about the season finale in Charlotte. “Six wins on the season is awesome, but coming into this racetrack (at Charlotte), knowing we’ve run good and have won in the past, I just wanted to finish this season strong and show everybody that this Shark Racing team is here to stay. We’re going to come out swinging next year.

“We finished a little bit shorter than where we wanted to be, but we started with the goal of a top three (in points). To win a race and finish top two in points is awesome.”

The 2021 season will kick off Feb. 5-7 at Volusia Speedway Park for the 50th DIRTcar Nationals. Schuchart demonstrated the growth of his team at the half-mile track this year. Before the 2020 season, he had never led a lap or finished inside the top-five at Volusia. At the end of the three-day event, he had one win, three top-five finishes and led 50 laps.

That was a trend throughout the season for Schuchart. He earned career best finishes at several tracks, giving the team hope they can continue that next year at tracks they still struggled at this season.

“I think we’re just going really good as a team,” Schuchart said. “I feel confident driving. Ron Helmick, Ben Witman, Tyler Garber, working on these cars, they’re really doing a good job with these cars and are confident in what they’re doing. They’re looking over them and making sure they’re not falling apart. Everyone is doing their job.

“We had limited DNFs this year, which is very important in this Series. And my grandfather (and car owner Bobby Allen), at the top, just doing what he needed to do to make sure we were all doing our jobs and to look over us. I feel like our team is working really well together. We’ve been out here [since 2014], using our experience to our advantage. I look forward to 2021.”