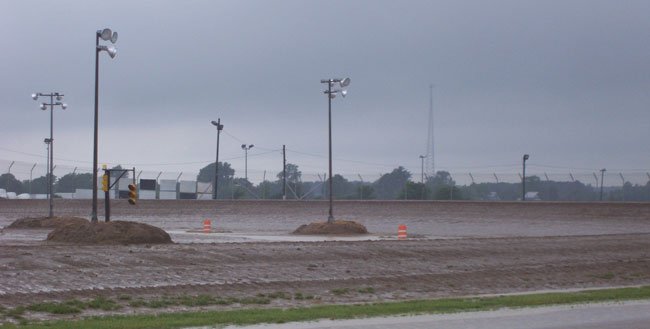 ATTICA, Ohio — June 1, 2012 — The World of Outlaws event at Attica Raceway Park today has been cancelled because of rain.

A storm moved into the area Thursday night and continued to drench the track with rain throughout Friday afternoon before officials called the Kistler Engines Classic around 2 p.m.

This is the eighth World of Outlaws race that has been postponed or cancelled because of weather this season.

The Outlaws are scheduled to compete in the NAPA Rumble at I-96 Speedway in Lake Odessa, Mich., on Saturday, which will be the series lone event in the state of Michigan this season.

Twenty-time champion Steve Kinser leads Tony Stewart Racing teammate Donny Schatz by 26 points in the championship standings. Sammy Swindell is 33 points back with Joey Saldana 51 markers behind Kinser. Craig Dollansky rounds out the top five – only 83 points out of the lead.