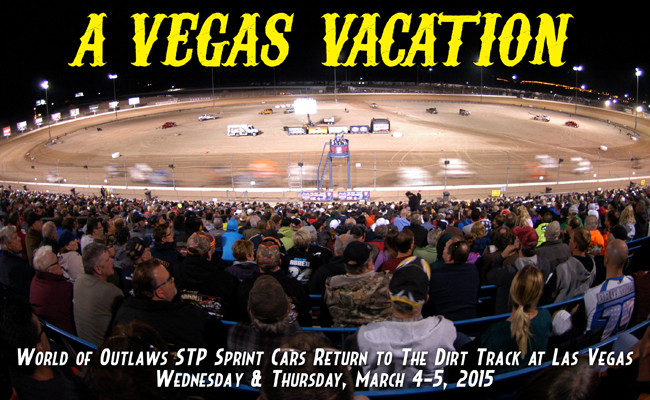 Tickets are on sale now at www.WorldofOutlaws.com/tickets to see the Outlaws jumpstart the biggest racing week of the year in Las Vegas, where Paul McMahan and Donny Schatz hit the jackpot last March in the FVP Outlaw Showdown at the half-mile track.

Schatz, an eight-time FVP Knoxville Nationals winner who is attempting to clinch his sixth World of Outlaws STP Sprint Car Series championship this season, has won eight times in Las Vegas, more than any other driver in series history.

Late Models and Modifieds will also join “The Greatest Show on Dirt” as it competes in the Entertainment Capital of the World for the 18th season.

Tickets can be ordered online by clicking www.WorldofOutlaws.com/tickets or by calling 877-395-8606.