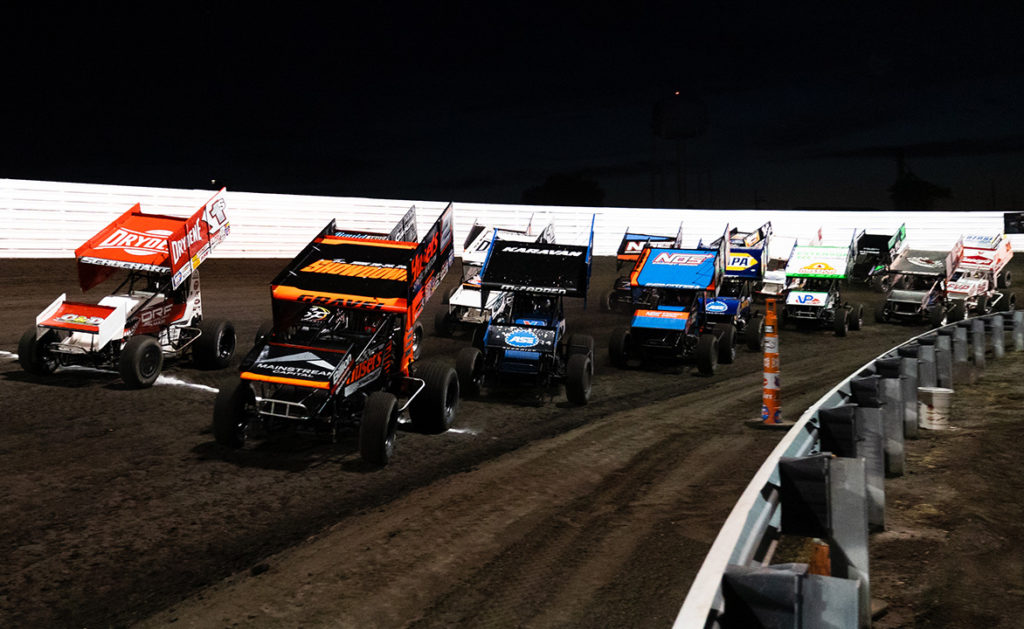 Jackson Motorplex will host the AGCO Jackson Nationals for the 44th time this year, but on new dates – Thursday-Saturday, Aug. 18-20.

Now taking place the weekend after the Knoxville Nationals, the Jackson Nationals’ new date gives fans and drivers a second consecutive weekend of marquee racing with another big purse.

Notables: Logan Schuchart has mastered the 4/10-mile state-of-the-art track the last two years, becoming the first back-to-back 410 Sprint Car winner since Terry McCarl accomplished the feat in 2003-2004. With one win currently this year, Schuchart and his Shark Racing team will be hungry for a history-making third consecutive Jackson Nationals win.

David Gravel, driver of the Big Game Motorsports #2 car – owned by Tod Quiring, who also owns Jackson Motorplex – will be searching for his first Series win at the track this year. And while he’s yet to win there, Gravel still holds impressive stats at the facility. He hasn’t finished outside the top five in the last six events there, including his second-place finish in the Jackson Nationals last year.

Before Schuchart’s dominance of the event, three-time and defending Series champion Brad Sweet and 10-time Series champion Donny Schatz traded the title of Jackson Nationals champion. Sweet claimed it in 2017. Schatz took it in 2018 and then Sweet returned to the throne in 2019. Sweet and his Kasey Kahne Racing team finished third last year while Schatz and his Tony Stewart/Curb-Agajanian Racing team suffered a mechanical issue.

2016 Jackson Nationals winner Kerry Madsen looked to be a favorite to win the Nationals last year, after sweeping the two preliminary nights but had to settle for a fourth-place finish in the main event. He’ll be behind the wheel of the Roth Motorsports #83JR car this year to attempt the full weekend sweep.

If you can’t make it to the track, you can watch all the action live on DIRTVision – either online or by downloading the DIRTVision App.