Event Description
The 68th edition of the Gold Cup Race of Champions is here to bring the Silver Dollar staple back to nationwide prestige.

Type of Grandstand
bleacher with some seat backs

Handicapped Seating
Below the main grandstand with the box seats, turn four. A reserved seat is required. Companion seating is available.

Pit Age Limit
All persons must be at least 14 years of age to enter the pits. Persons 14-17 years of age need a signed and notarized parental consent form submitted to the office prior to entering pit area.

RIGHT AT HOME: Carson Macedo is a Gold Cup Preliminary Winner Once Again

The second night of the 68th Gold Cup Race of Champions saw the return of a familiar face to Victory Lane at Silver Dollar Speedway.

Completing a California sweep of the split-field preliminary programs, Lemoore’s Carson Macedo stood on top at the Chico, CA 1/4-mile for the third time in his career. He’s won all three of his Gold Cup prelims with a different team – Tarlton Racing in 2014, Kyle Larson Racing in 2019, and Jason Johnson Racing in 2022.

To secure Friday’s Feature win – unofficially his 12th with the World of Outlaws NOS Energy Drink Sprint Car Series in 2022 – Macedo was forced to fight off a resurgent Jacob Allen, who presented a career-best Silver Dollar Speedway effort.

Macedo led the opening 15 laps from the pole position, but seventh-starting Jacob Allen quickly found himself in contention aboard the Shark Racing, Pells Tire Service, Low-E Insulation #1A. The Hanover, PA native, who had amassed a stunning average finish of 24th through his first 12 starts in Chico, drove by Macedo on the low-line and led laps 16-18.

The Jason Johnson Racing, Albaugh #41 rebounded on the ensuing restart, however, and ripped command of the lead back from Allen as he throttled the tricky cushion. From there, the 26-year-old star easily ran off into lap traffic and won Friday’s preliminary by 2.117-seconds.

“I didn’t expect that honestly,” Macedo said of Allen driving by him. “He was so good on the bottom, I was taken aback for a minute. These big mufflers are so quiet that you kind of hear things and don’t know where they’re coming from really. I had to get back into the seat and rip the top really hard. I’m glad it paid off and I’m excited knowing that we can improve tomorrow and make this thing better.”

An added element in the moment is that Macedo earned his first-career World of Outlaws NOS Energy Drink Sprint Car Series win right here at Silver Dollar Speedway almost eight years to the day. It also marks the first-ever win for Jason Johnson Racing at the Chico, CA 1/4-mile.

“This place is special to me and always will be,” Macedo added. “I got my first World of Outlaws win here and now I gave Jason Johnson Racing their first win here. I know how much Philip has wanted to win here, so I’m excited I can finally give them that. Hopefully we can be up here when it counts tomorrow.”

Finishing a career-best second-place after leading three laps past halfway was Jacob Allen. The Shark Racing pilot continued his remarkable turnaround by nearly winning at a track that has haunted him ever since he became a full-time World of Outlaws competitor in 2014. He’s now gone from a 24.0 average finisher to a lock-in driver at the Gold Cup Race of Champions.

“Man, I’ve ran second to Carson like two or three times lately,” Allen added. “We just need to get a little bit better and I need to capitalize some more. Our decision-making has been awesome, though, and I think that is showing in our results. It’s not easy going against the best in the world every night, but we’re doing it.”

Closing out the podium in his first-ever appearance at Silver Dollar Speedway was Lebanon, IN native Spencer Bayston. The 23-year-old leading contender for Kevin Gobrecht Rookie of the Year ended up third aboard the CJB Motorsports, True Timber, Signing Day Sports #5.

“I knew my first time here would be tough and technical, but wow it was in a big way,” Bayston noted on the track. “I didn’t feel too good around the bottom, but it was so touchy up top, I biked so many times. I’m happy with our first outing here. This year is all about learning and experiencing these tracks. Excited to see what we can do tomorrow.”

Rounding out the top-10 on Friday was non-wing ace Ryan Bernal in the fifth spot, Lincoln, CA’s Blake Carrick in sixth, David Gravel in seventh-from-22nd with the KSE Hard Charger Award, Max Mittry in eighth during his World of Outlaws debut, Australian Kerry Madsen in ninth, and Hanford, CA’s DJ Netto in tenth. 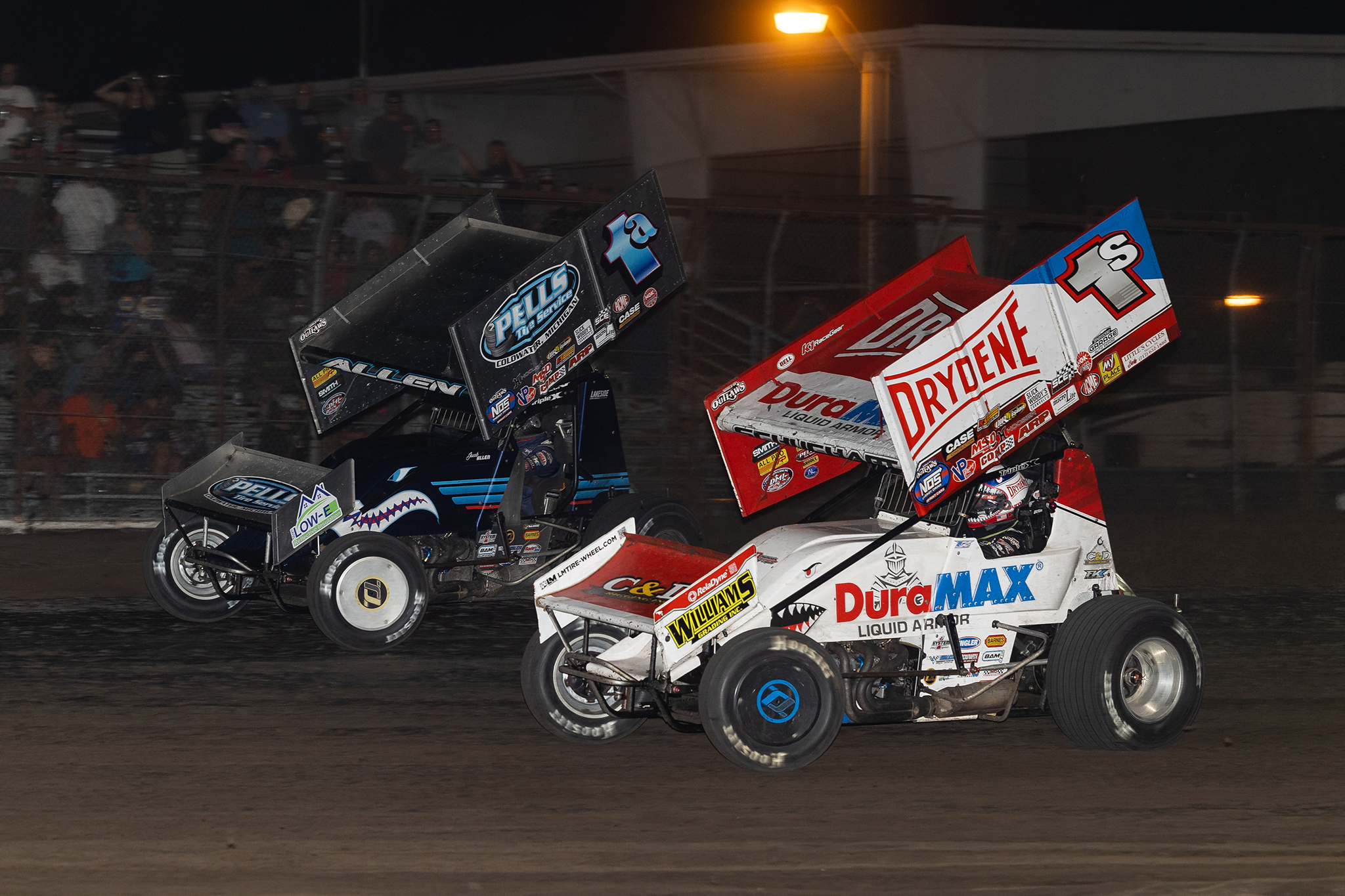 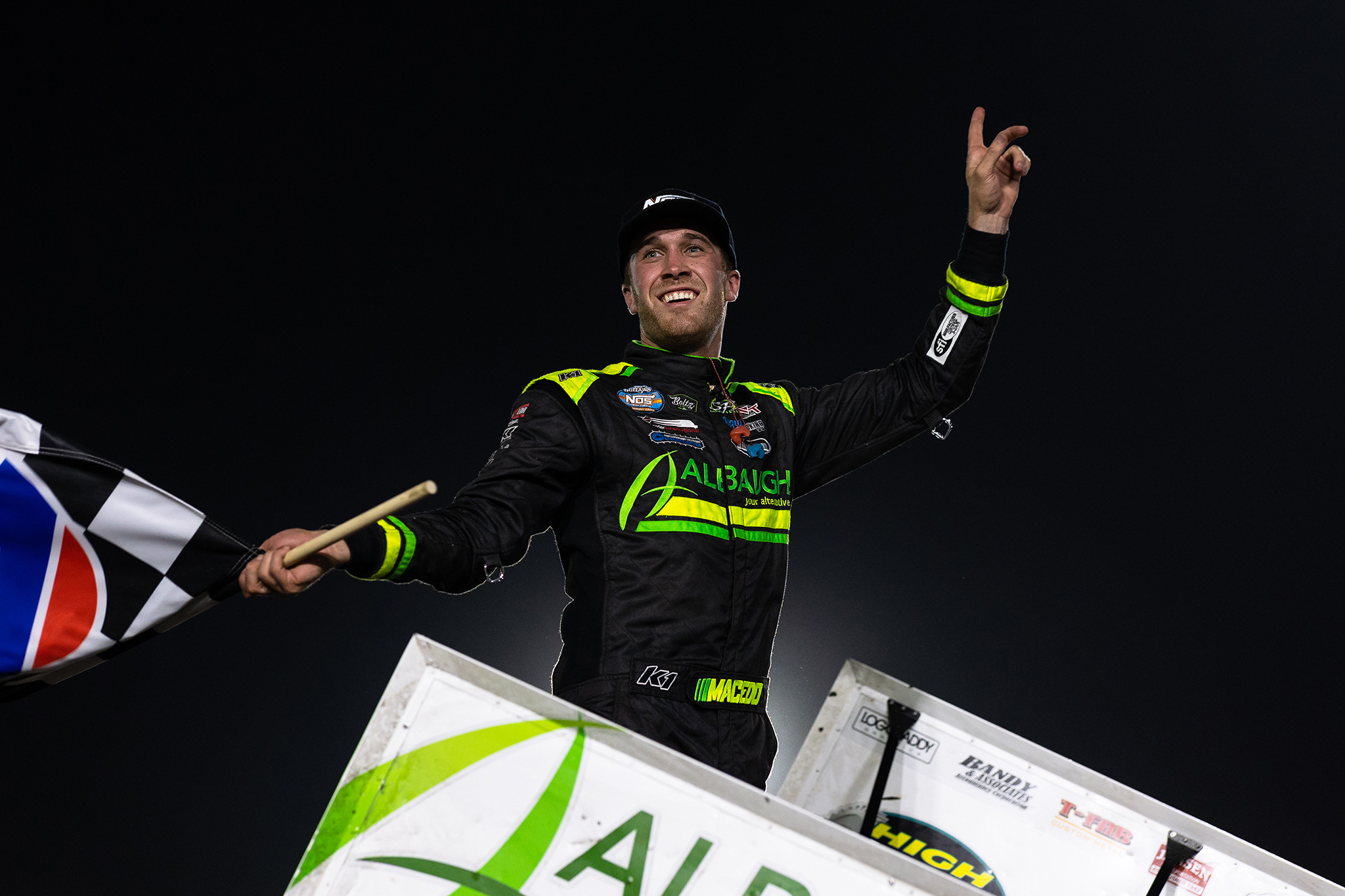 RIGHT AT HOME: Carson Macedo is a Gold Cup Preliminary Winner Once Again 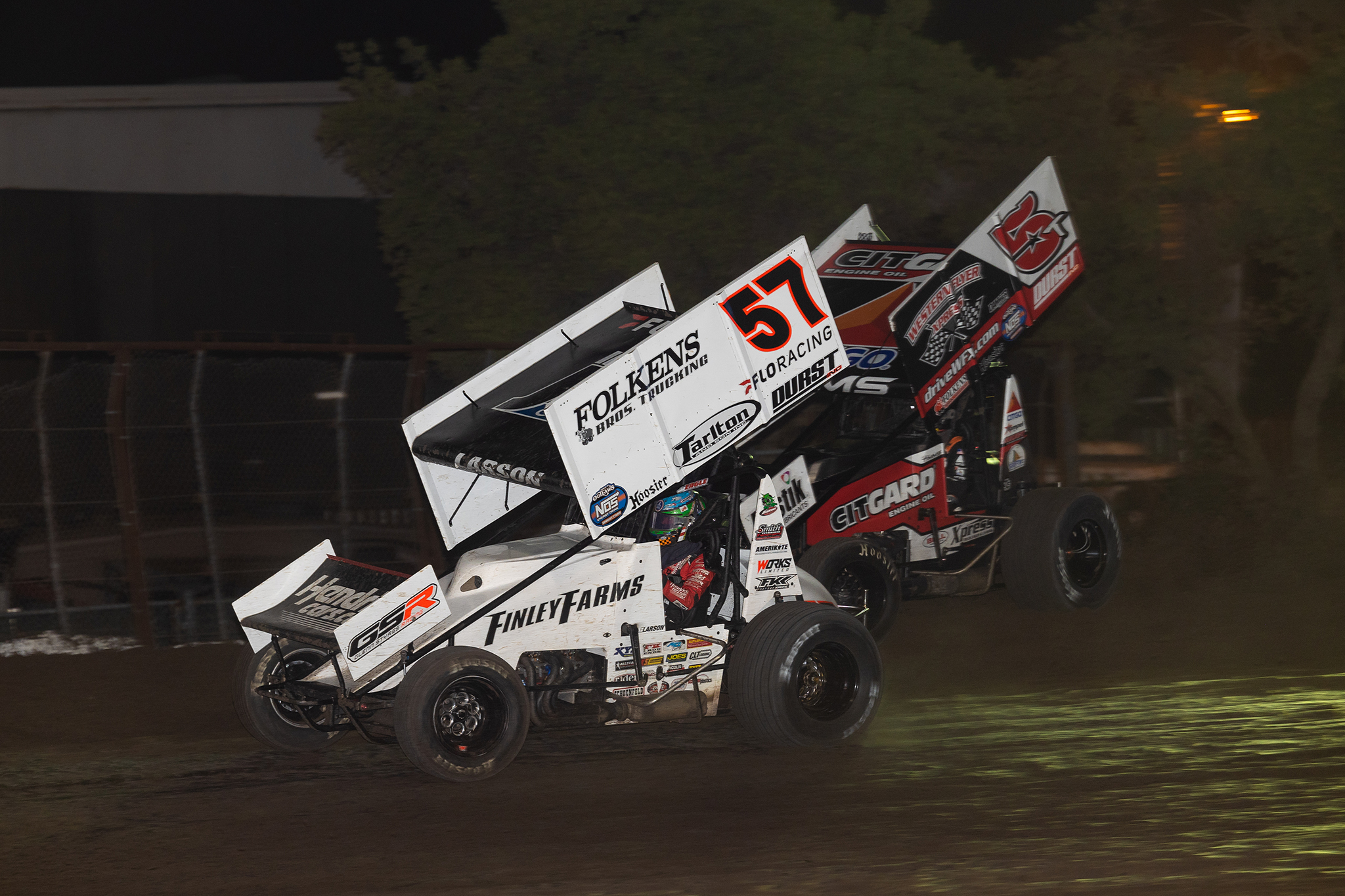 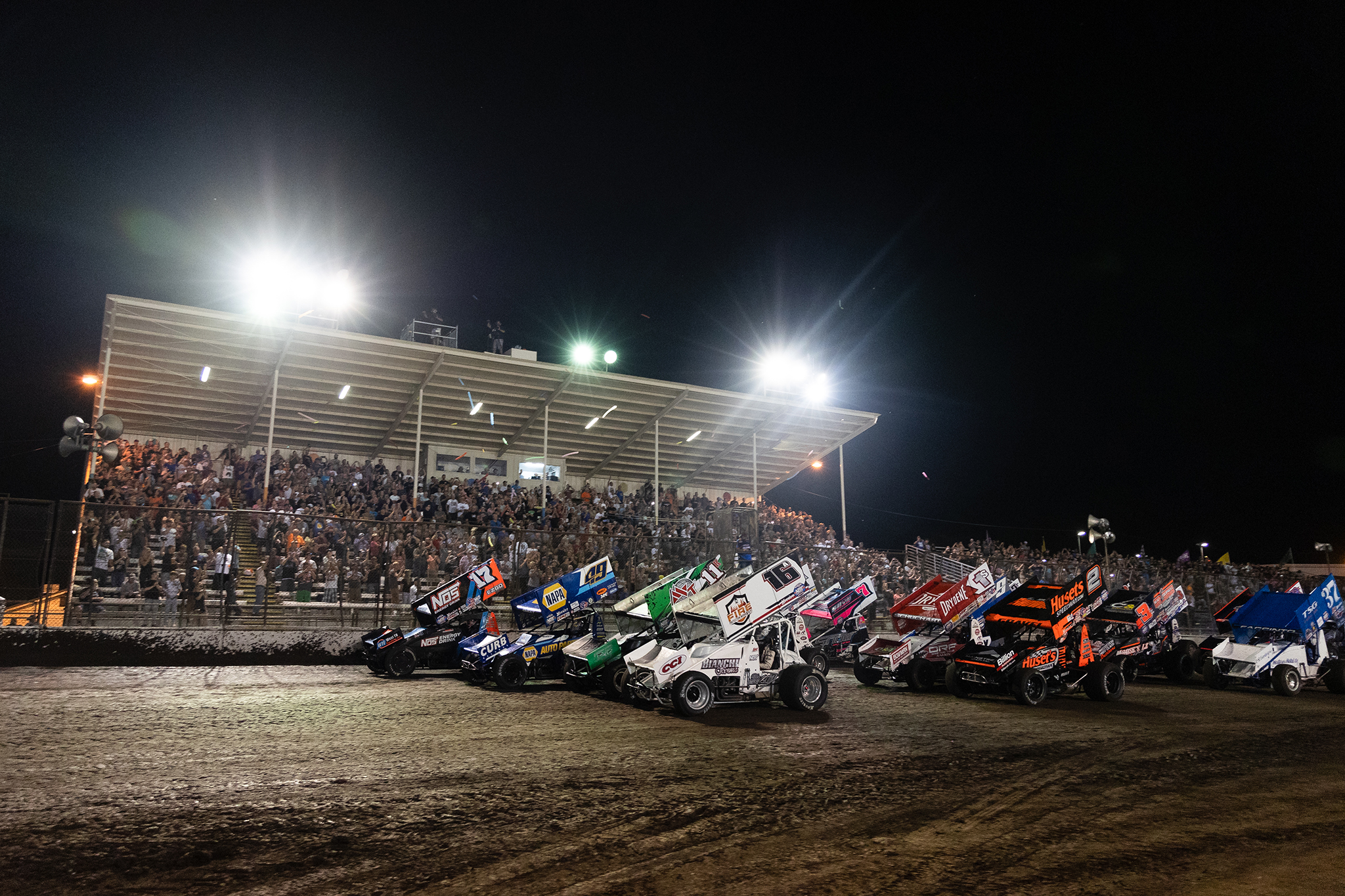 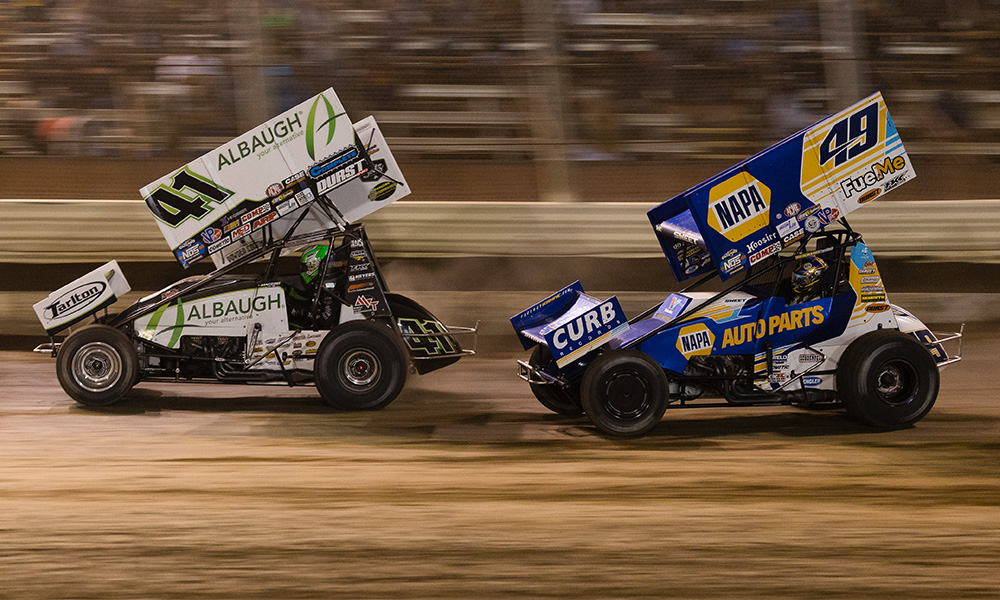 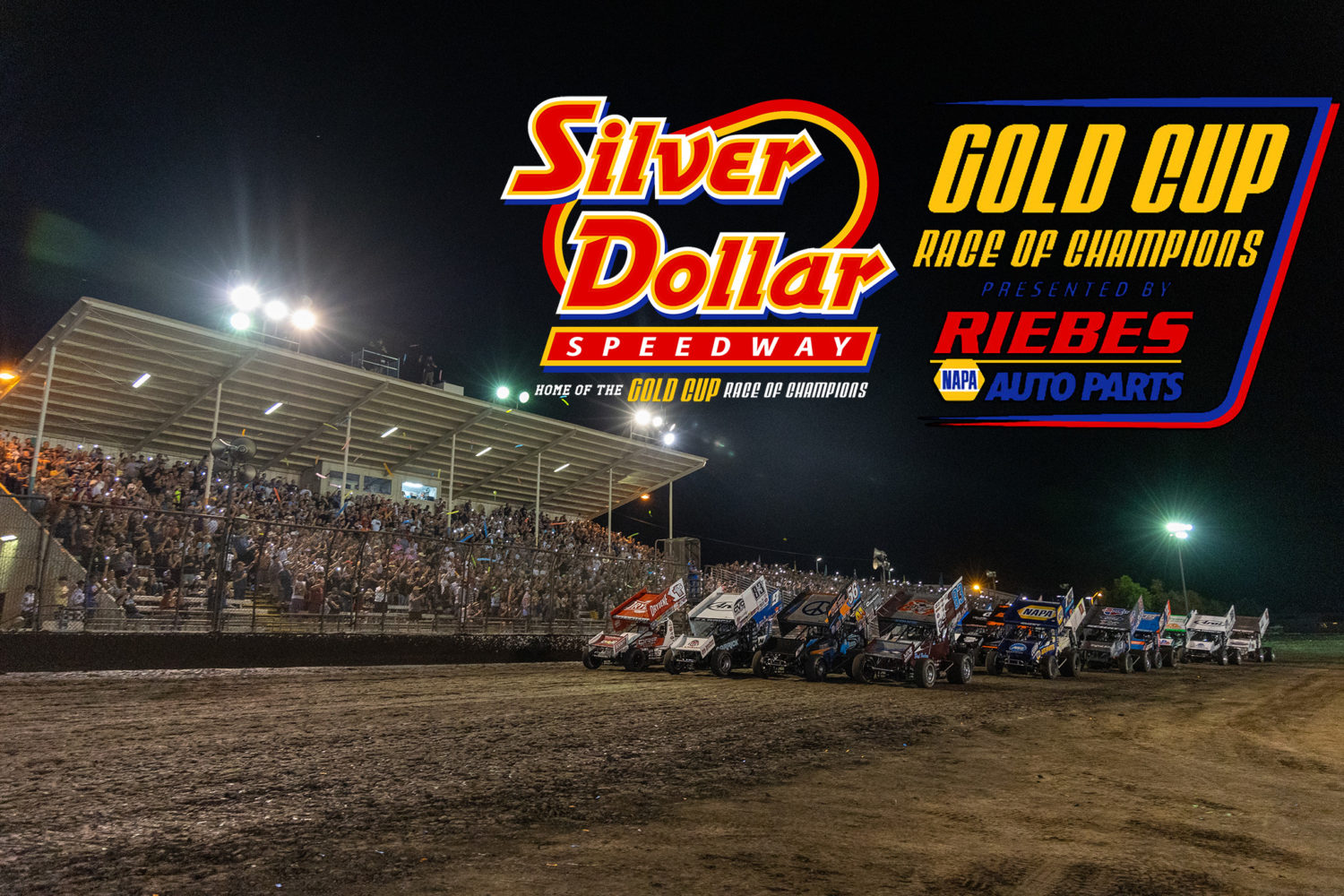 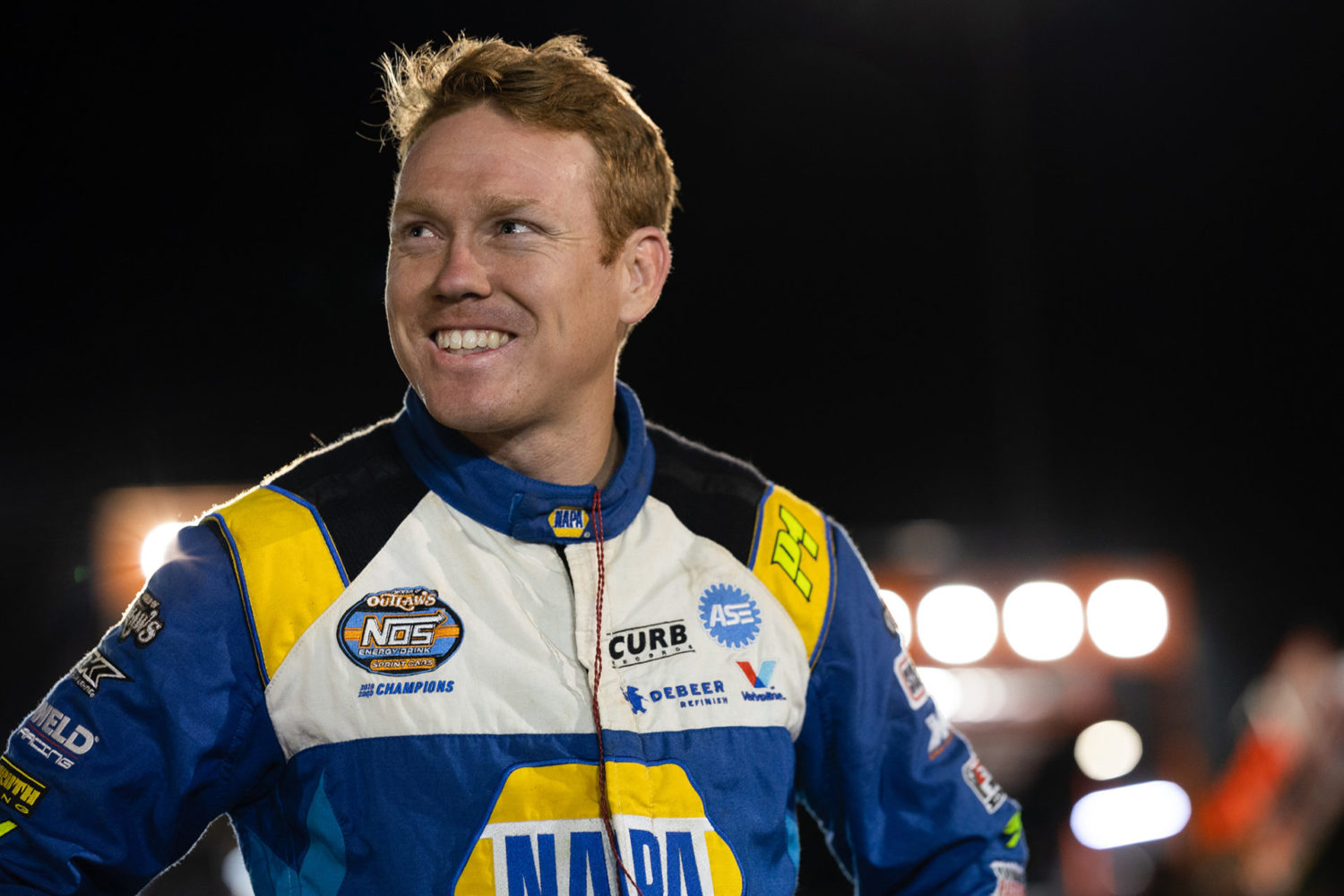 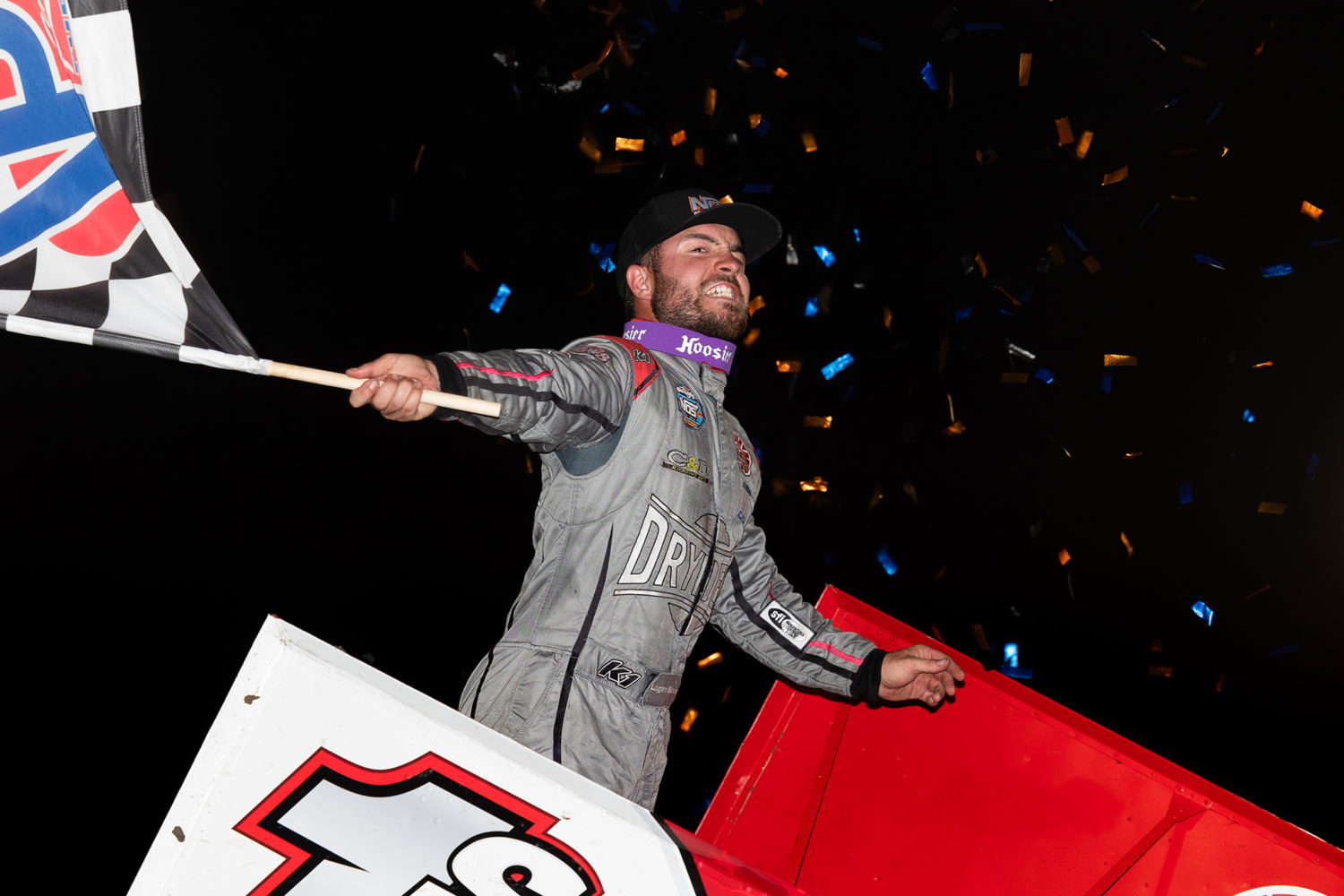