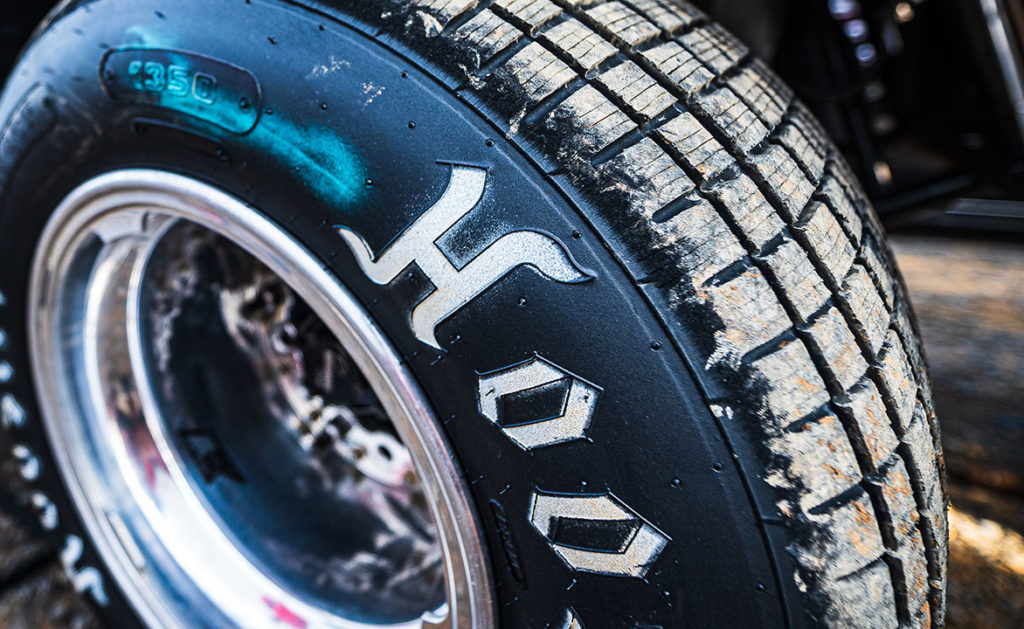 CONCORD, NC- World of Outlaws officials have issued a suspension and fine to Late Model driver Garrett Smith for failing a tire test after competing in the World of Outlaws CASE Construction Equipment Late Model event on February 18 at Volusia Speedway Park.

A tire sample was taken after completion of the Last Chance Showdown at the event and sent to an independent laboratory for testing of chemically altering substances in the tires in a comparative analysis.

The test revealed the tire had been altered and did not match or conform to the benchmarks provided by Hoosier Tire Company. Additional analysis verified the primary laboratory findings.

The Series’ rules on tires are as follows:

A. All fines may be collected from prize money on the day of the infraction. If the competitor has not won appropriate money, the fine must be paid in full before the car and/or driver participates in another sanctioned event.

U. Any member that attempts and/or is found to be using tires that are found to be illegal in any manner will be subject to disqualification and/or fine and/or suspension and/or loss of points and/or any other action deemed appropriate by World Racing Group Supervisory Officials.

V. The minimum penalty for any tire that doesn’t meet the benchmark will be as follows:

a. Disqualification from the event and;

c. Return of all earned purse and/or reward money from the event and;

d. A fine up to equal the purse money awarded for the event with a minimum fine of $2000 and;

e. A minimum suspension of 1-month minimum or 4 races, up to six (6) months in duration and;

f. Any cost incurred for testing

g. The penalty including fine, and suspension may include the driver, crew chief, the car and car owner as stated in the penalty notice.

g. Chemical alterations, vulcanizing, tire softening, defacing, and/or altering the face of the tire lettering and/or tire stamping will not be permitted. Chemicals or tire softening is not permitted at any time.  Tires may be inspected at any time. Any violation with any tire presented for competition may result in immediate disqualification from the events and/or other penalties including but not limited to; loss of money, fine, loss of points, and/or suspension.