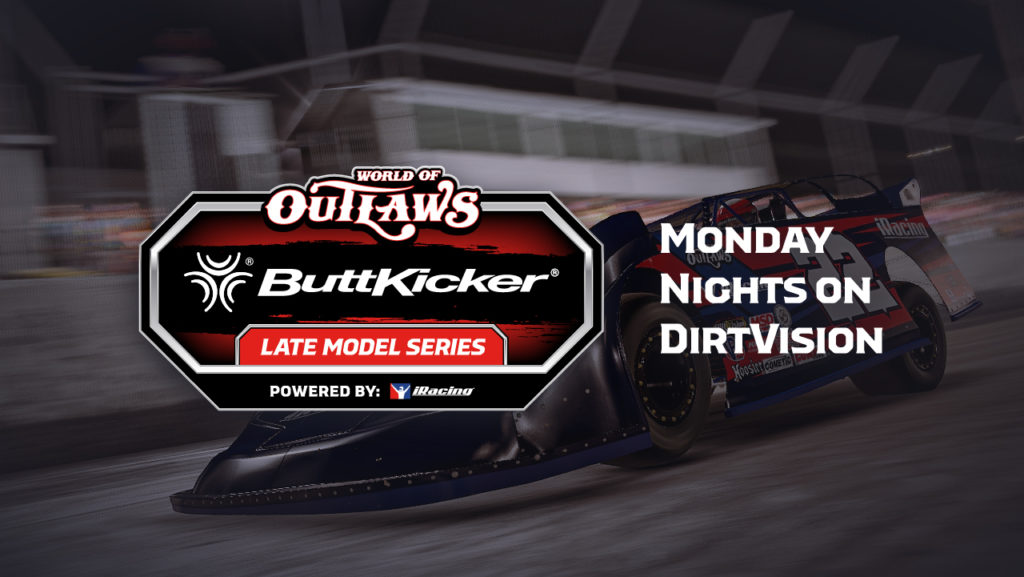 Fans of World of Outlaws Late Model action and iRacing, rejoice: the World of Outlaws ButtKicker Late Model Series makes its long-awaited return on Monday, July 25, for a 10-round dash for $25,000 in prizes. The culmination of iRacing’s dirt oval ladder for late model drivers, the series sees 35 of the world’s best sim racers go wheel-to-wheel at some of the premier dirt tracks in America, including many staples of the real-world World of Outlaws calendar. Each race will be broadcast live at 9PM ET on DIRTVision.

A new-look calendar will see the series visit multiple tracks that have been added to iRacing since it last ran, including Cedar Lake Speedway and Federated Auto Parts Raceway at I-55. These real-world hosts of World of Outlaws Late Model action join series staples like Williams Grove Speedway and Volusia Speedway Park on the calendar, while the virtual series takes a nod from its real-world counterpart and wraps up the season at The Dirt Track at Charlotte.

The full 2022 World of Outlaws ButtKicker Late Model Series schedule is as follows:

Hayden Cardwell won the most recent series championship, taking home the 2020 crown by just four points over Dylan Wilson on the strength of three race victories. This year’s driver roster did battle over a six-week qualifying series in April and May to earn the right to participate, running on many of the same tracks that they’ll see this summer and fall.

In total, $25,000 is on the line, with $10,000 the big prize for the series champion and each of the top 10 finishers in series standings receiving a payout. The top three finishers in each event also take home cash prizes, with $300 for each race winner, $200 for second place, and $100 for third.

iRacing is the leading sim racing game for your PC. Developed as a centralized racing and competition service, iRacing organizes, hosts and officiates online racing on virtual tracks all around the world. In the fast-paced world of eSports, iRacing is a one-stop-shop for online racing. We utilize the latest technologies to recreate our ever-expanding lineup of famed race cars and tracks from the comfort of your home. For more information on iRacing and for special offers, visit www.iracing.com.