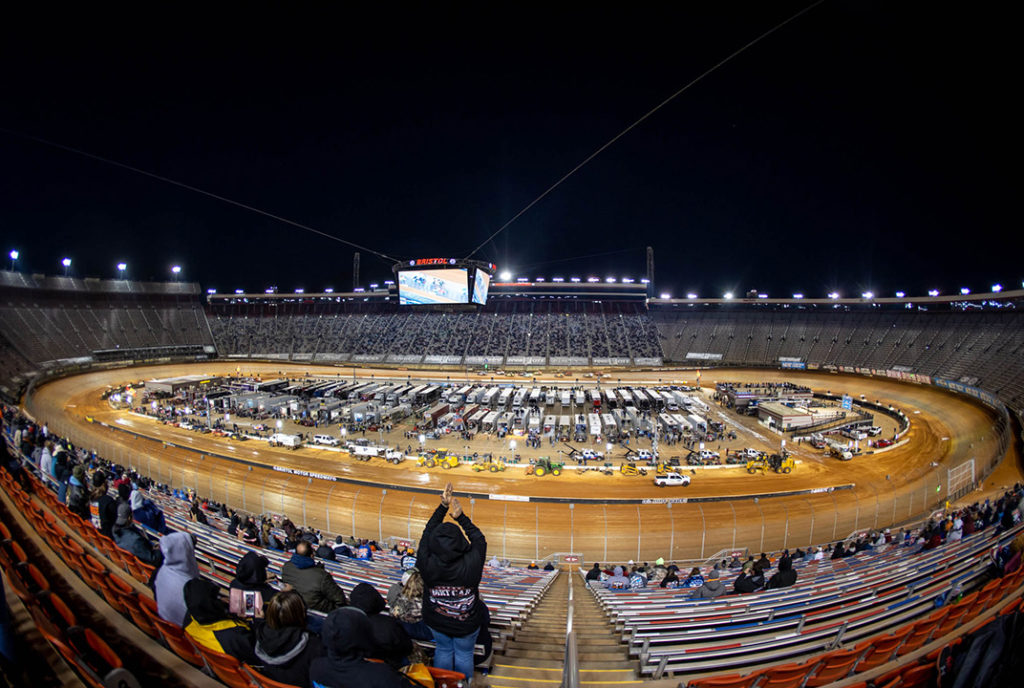 The World of Outlaws’ historic return to Bristol Motor Speedway, April 28-30, for the Bristol Bash will present another remarkable milestone this year with a more than $400,000 total purse.

Inside The Last Great Colosseum, the modern-day gladiators of the World of Outlaws NOS Energy Drink Sprint Car Series and World of Outlaws CASE Construction Equipment Late Model Series will battle for $25,000-to-win top prizes in their respective Friday and Saturday night Features. The impressive purse also highlights a $13,000 payout for second and $2,000-to-start each Feature for both Series.

“The World of Outlaws Bristol Bash is a world-class event at a world-class facility where the best drivers in the world showcase their talents on one of the biggest stages of the year, so we’re excited to be able to present an increased purse for both Series,” World of Outlaws CEO Brian Carter said. “These are the best drivers in the world, guaranteed to present fans with the Greatest Shows on Dirt at Bristol Motor Speedway.”

The highly anticipated event will again be invite-only, and drivers will pre-enter for the event through MyRacePass, and with the App, fans will be able to see the entries as they come in.

“This is just such an iconic place everyone always talks about,” Gravel said after winning the Series’ return to the track in 20 years.

Thursday, April 28, will be a practice night for both Series, while Friday and Saturday will host the Feature events.

For tickets to the World of Outlaws Bristol Bash, CLICK HERE. If you have any further questions, you can contact Bristol Motor Speedway at 866-415-4158.