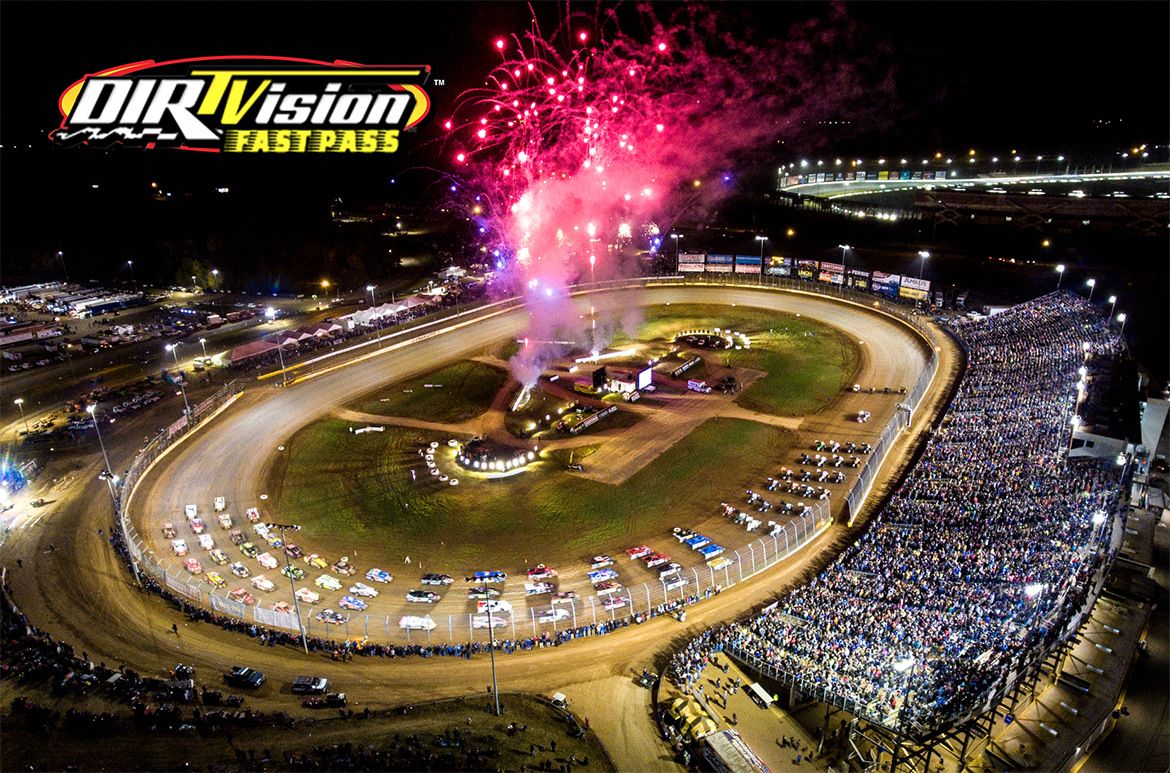 DIRTVision and the World of Outlaws are excited to announce that this year’s Can-Am World Finals will now be included in its entirety as part of the DIRTVision FAST PASS — available to both Sprint Car and Late Model pass holders.

Nothing beats watching the legendary season finale live and in person from The Dirt Track at Charlotte, but if you can’t be there in person, the next best thing is watching LIVE on DIRTVision.com.

All three nights of the November 7-9 crowning glory will be broadcast live on DIRTVision. Current Sprint Car and Late Model FAST PASS subscribers can watch at no additional cost. Those without a FAST PASS, can subscribe for $39/month or purchase as single-day pay-per-view events at DIRTVision.com.

Close out the season with two weeks of can’t miss, championship action at The Dirt Track at Charlotte: a three-day dirt racing family reunion, followed by three thrilling nights of racing with the three premier series in the country: the World of Outlaws NOS Energy Drink Sprint Car Series, the World of Outlaws Morton Buildings Late Model Series, and the Super DIRTcar Series Big Block Modifieds. You won’t want to miss the legendary three-series four-wide! And you definitely won’t want to miss the crowning of this year’s champions.