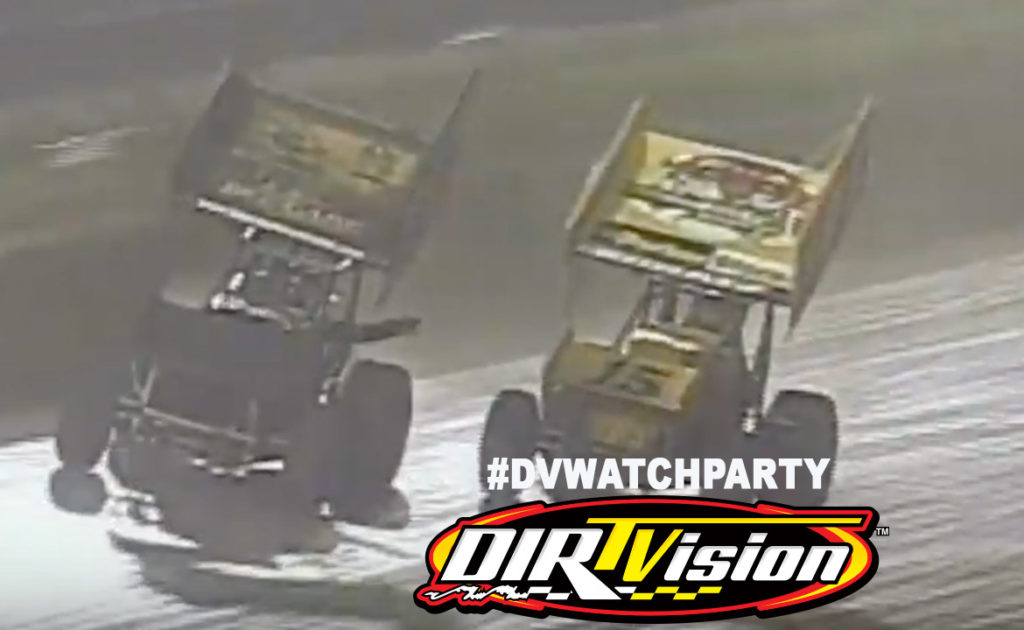 Three-wide battles. Wheel to wheel action. And plenty of crashes… And that was only Sunday.

On Sunday, the World of Outlaws NOS Energy Drink Sprint Car iRacing Invitational held its second round of competition, and like the inaugural event, it didn’t disappoint. The NOS Energy Drink Feature saw Australian Jock Goodyer hold off Kevin Swindell and Logan Seavey in an epic duel to win his debut race.

Tonight, World of Outlaws fans will be treated to a doubleheader of iRacing events. First, at 7 p.m. (ET), DIRTVision will broadcast the inaugural World of Outlaws Morton Buildings Late Model iRacing Invitational.

Larson, Briscoe, Pedregon, Schuchart, Macedo, Brown and Swindell are attempting “the double” as they all raced in Sunday’s Sprint Car Invitational, as well.

Fans will also hear the familiar voice of World of Outlaws Late Model announcer Rick Eshelman calling all of the action.

Then, at 9 p.m. (ET) on iRacing.tv, will be the continuation of the World of Outlaws NOS Energy Drink Sprint Car World Championship, featuring the best non-professional Sprint Car drivers. The Series will make its exciting debut tonight at Lernerville Speedway.

Defending champion Alex Bergeron dominated the Series’ first race at Volusia Speedway Park and is currently atop the points standings.

The entertaining and fan engaging DIRTVision watch parties continue at 7 p.m. (ET) this Friday and Saturday with the theme of Summer of Money, and the continuation of the popular new roundtable discussions with the drivers involved in the races.

Saturday will be the Sprint Car #DVWatchParty. Starting at 7 p.m. (ET), DIRTVision will air the 2007 Sprint Car race from Federated Auto Parts Raceway at I-55 with commentary from Joey Saldana, who dominated the race. That will be followed by the fan favorite 2007 race at KC Raceway (Atomic) where Terry McCarl waved to Donny Schatz as he passed him for the lead. McCarl will be on hand to talk about the race and his famous wave.

The DIRTVision FAST PASS is available for $39/month and features the World of Outlaws Sprint Car and Late Model Series, the iRacing Invitationals, weekly racing from Knoxville Raceway, Williams Grove Speedway, and Attica Raceway Park, the DIRTcar Summer Nationals, the biggest Sprint Car events in Australia and much more.