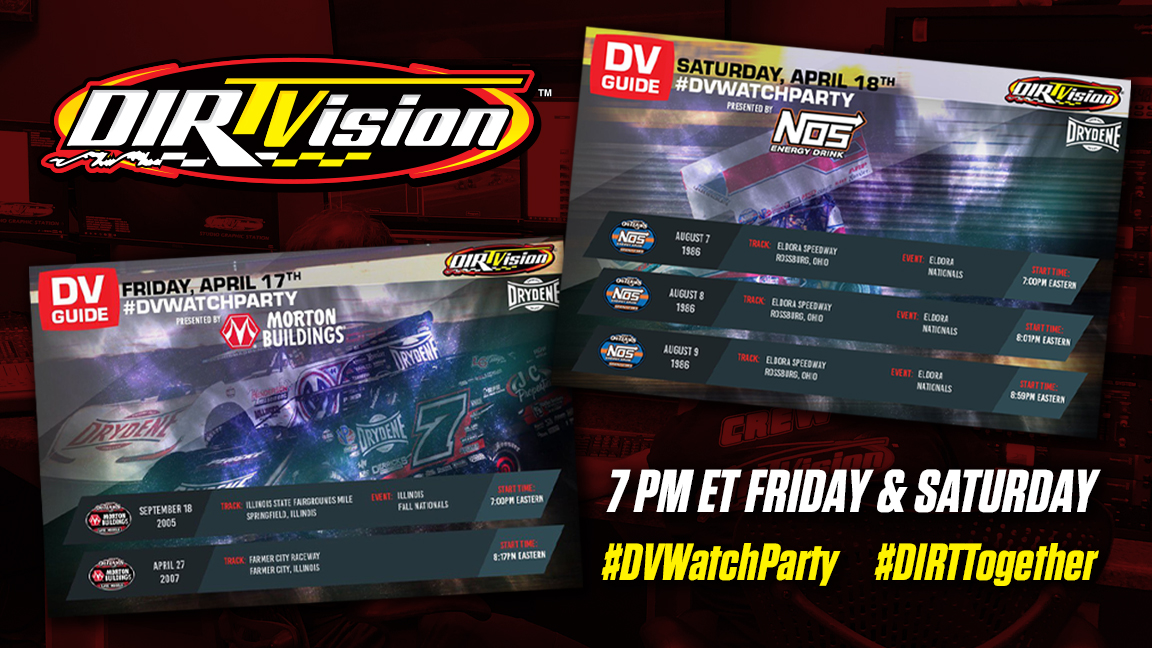 DIRTVision presented by Drydene showcases something for everyone during this week’s #DVWatchParty.

Then, at 7 pm ET on Saturday, three separate roundtable discussions remember the 1986 Eldora Nationals and the World of Outlaws NOS Energy Drink Sprint Car Series in the mid-1980s. First up are legendary racers Ron Shuman and Danny Smith, followed by Hall of Famers Brad Doty and Greg Stephens talking racing and how it’s presented, finally wrapping up with two of the key racers that weekend, Bobby Allen and Kenny Jacobs.

The broadcasts and roundtable driver discussions, with host Dillon Welch, are included as part of the DIRTVision Fast Pass subscription, or available for $4.99 for those without subscriptions.