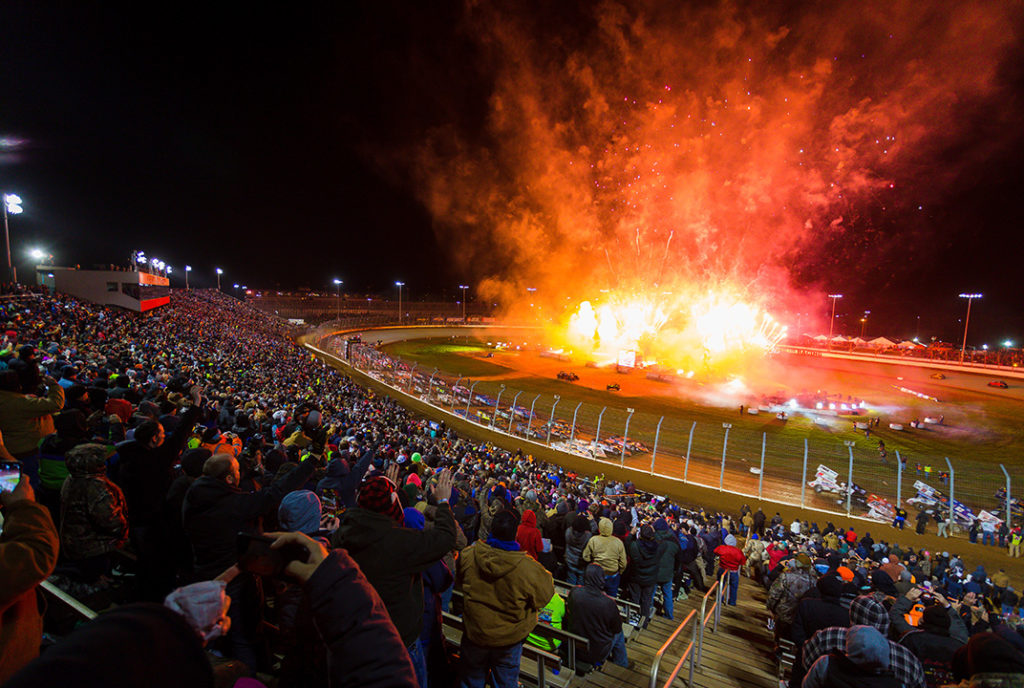 The year-long journey of thrills, relentless grind and glory for the three premier dirt racing series in the country is less than two months away from converging to a history-making finale.

The World of Outlaws NOS Energy Drink Sprint Cars, World of Outlaws Morton Buildings Late Models and Super DIRTcar Series, while on different roads, are all on the path to the NGK NTK World Finals at the Dirt Track at Charlotte (Nov. 4-6). All three will see a champion crowd. And all three could have a champion set for a historic milestone.

Two-time and defending champion Brad Sweet, of Grass Valley, CA, is on the path to his third consecutive Series title. The accomplishment would put him alongside Steve Kinser, Sammy Swindell and Donny Schatz on the elite list of drivers with at least three championships.

However, nine races and a determined David Gravel still stand in his way of making history at World Finals. Sweet currently holds a 120-point lead – down more than 30 points in the last two races – over the Connecticut native, who is going for his first title. And in that span of nine races is two nights at arguably one of Sweet’s worst tracks and Gravel’s best – Williams Grove Speedway. Sweet has yet to win at the historic half-mile, while Gravel has eight wins there.

Another benefit for Gravel, if he can keep the Kasey Kahne Racing driver within reach by World Finals, is he’s won three of the last four races at The Dirt Track at Charlotte. Sweet is still searching for his first win at the 4/10-mile track.

Logan Schuchart, who is in a battle for fifth in points with Sheldon Haudenschild, won the last World of Outlaws event at The Dirt Track – his second at the track. After coming close to a championship in 2020, he’ll also be poised for another strong end to the season to propel him and his Shark Racing team to another championship run in 2022.

Another title this year would also be Sheppard’s third consecutive championship, making him the first driver in series history to accomplish that feat.

To get another win at The Dirt Track, Sheppard will have to face a plethora of all-star Late Model drivers from across the country. His 2021 championship rival, Chris Madden, has three wins at the track – the last coming in 2019. Last year’s winners Tim McCreadie and Brandon Overton are expected to return for another shot at the prestigious victory. McCreadie, the 2006 Series champion, has one win with the Series this year and Overton has won almost every big race presented to him. He swept the DIRTcar Late Model Dream events at Eldora Speedway and won the 51st World 100 at the “Big E.” He also won the Firecracker 100 at Lernerville Speedway in July.

Seven-time Super DIRTcar Series champion Brett Hearn, a legend of the sport, held the title of most Series championships for five years before Matt Sheppard tied him at the Dirt Track at Charlotte in 2018. This year during World Finals, Sheppard may take it a step further and claim the most titles in the Series’ 45-year history.

There are three more points races before Sheppard, of Waterloo, NY, can hoist the championship trophy again – including the Demon 100 at Brewerton Speedway (Tuesday, Oct. 5) – but the biggest momentum shift could come from the 49th NAPA Auto Parts Super DIRT Week at Oswego Speedway (Oct. 6-10). The event is the most prestigious Big Block Modified race in the Northeast and comes with the power to make a bad year good and a good year spectacular.

Along with Sheppard, his closest championship rivals, Billy Decker and Peter Britten, will lay their heart and soul on the line to win the $50,000-to-win, 200-lap, Billy Whittaker Cars 200 during NAPA Super DIRT Week. The victory would further solidify a legendary rank among Big Block Modified drivers and give them an extra boost of confidence to challenge “Superman” for the championship during the NGK NTK World Finals.

This year will also mark the Super DIRTcar Series’ return to the Charlotte Dirt Track for the first time since 2019. During the two events that year, Jimmy Phelps and Billy Decker claimed the victories.

Don’t miss history in the making. For tickets to the NGK NTK World Finals at The Dirt Track at Charlotte, CLICK HERE.

While being at the track is the best way to experience the spectacle, including the four-wide salute with all three series at the same time, if you can’t make it, DIRTVision is bringing all of the action to your screens live. You can watch online at DIRTVision.com or with the DIRTVision App.

For more on the Super DIRTcar Series, visit SuperDIRTcarSeries.com. Follow the World of Outlaws Sprint Car and Late Model social channels for news and updates. 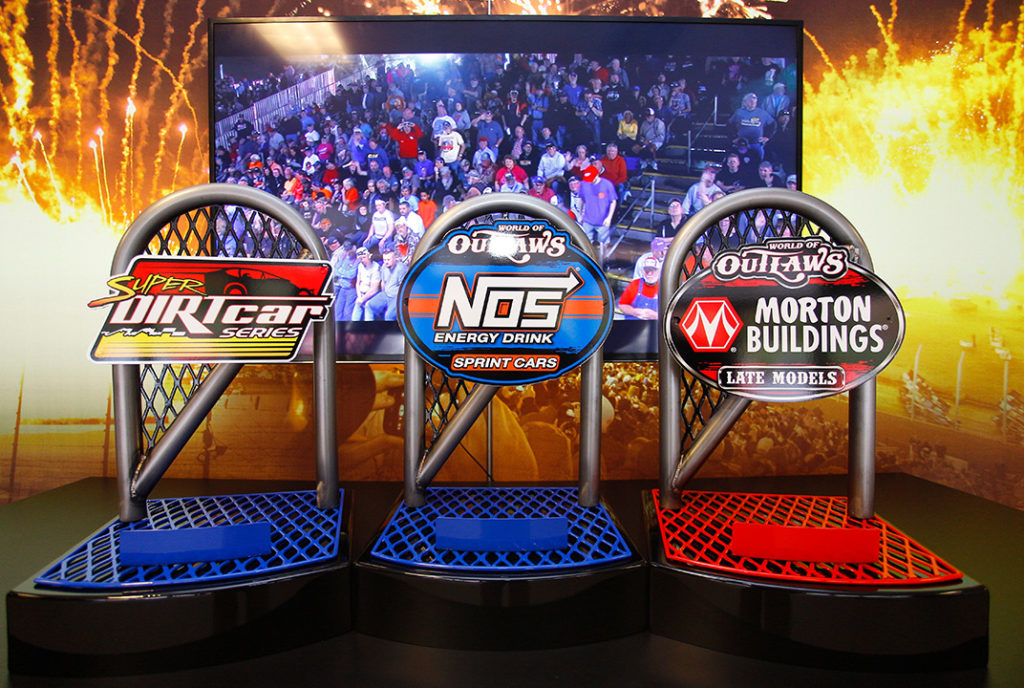