‘WOW’: Late Model drivers take it all in during Bristol test 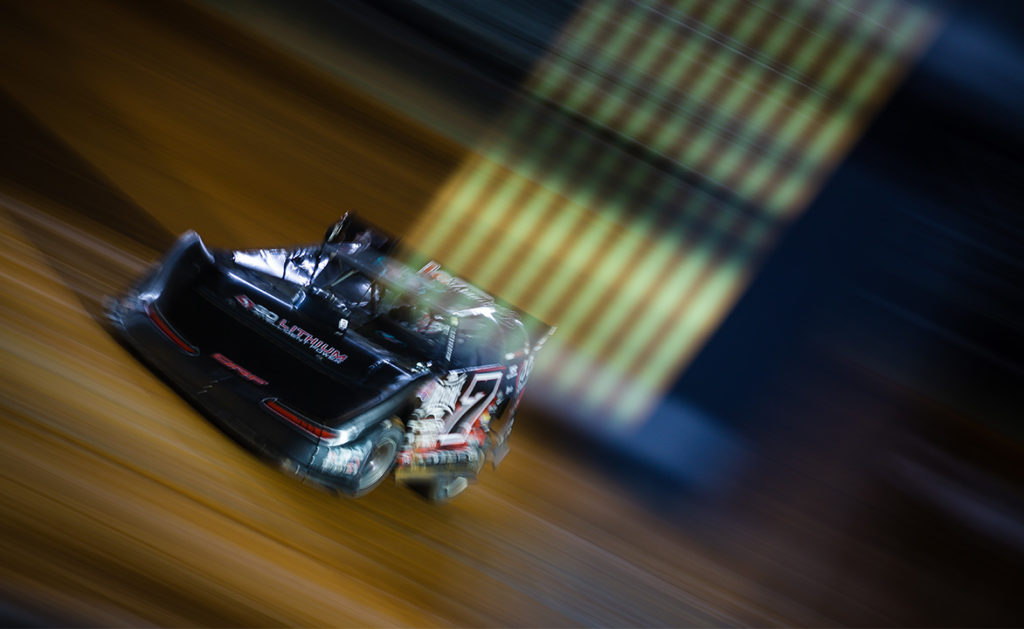 Ricky Weiss sat on Bristol Motor Speedway’s pit wall, debriefing with his crew while a thunderous roar echoed around the colosseum-styled facility.

He’d just finished his first few laps around the half-mile track, made famous as a fan-favorite NASCAR track, now covered in dirt again for the first time in 20 years for events like the April 8-10 World of Outlaws Bristol Bash with the World of Outlaws Morton Buildings Late Models and DIRTcar UMP Modifieds.

When trying to describe what those first few laps were like during Monday’s test session for the World of Outlaws Late Models, the 2019 Rookie of the Year and two-time Series winner could only say, “Wow.”

“It sure is fast,” Weiss said. “It’s pretty cool to be here and to run these speeds.

“I don’t think anybody in their life experiences G-forces like that. Getting to drive in there wide open, I mean, it’s not even a question if it’ll stick. It just ends up turning in the corner, you come around there and do it all over again.”

Seven drivers, including Weiss, attended the five-hour test to help find what the appropriate tire should be and to tune their setups. The Canadian ran the fastest lap of the group with a 15.266 sec. lap at an average speed of 125mph. In comparison, the last time the NASCAR Cup Series qualified at Bristol – on asphalt – Denny Hamlin ran a 14.848 sec. lap with an average speed of 129mph.

“Definitely has a lot of speed,” Sheppard said about the speedway. “Just trying to get this thing dialed in for the race.”

Sheppard stepped out of his #1 machine once throughout the five-hour session – for a bathroom break – while the Rocket1 Racing team fine-tuned the car all night long. Before Weiss showed up, Sheppard was the fastest car early on with his 15.287 sec. lap. From tire changes to spoiler adjustments and shock adjustments, there wasn’t a bolt left unturned on his car as the team was relentless in their search for speed.

While he didn’t end the test session on top, Sheppard still shared his excitement for the upcoming event.

After the first few hours of testing, @B_Sheppard_B5 is currently fastest with a time of 15.287 sec. and an average speed of 125mph @BMSupdates.

“I think this stage and everything makes it really cool,” Sheppard said about racing at Bristol. “The colosseum-type deal is really awesome. It would mean the world to my team to win it.

“It’s definitely cool for [the Series]. I think the fans will love it and that’s all that matters.”

Chase Junghans was one of the drivers that benefited the most from the test. He struggled with getting his car to turn early on, having to lock his brakes on the exit of Turn 2 each lap in order to stop himself from sliding up into the wall. A few adjustments later he went from running 17-second laps to 16-second laps and then finally breaking into the 15-second bracket. His final run of the night was his fastest with a 15.456 sec. lap, placing him third fastest overall.

“We were way too tight in the beginning,” Junghans said. “We’ve never been to a place like this, so just looking at notes from tracks that we might be able to compare it to and make an educated guess. We got it to steer good and I think we’re pretty good now. We’ll see here in a couple of weeks.”

After getting laps around Bristol, there wasn’t another track the drivers could compare it to. The long Williams Grove Speedway-like straightaways combined with the steep banking of a track like Volunteer Speedway makes the half-mile speedway a unique addition to the schedule.

That’s led to eye-widening laps for viewers and a new challenge for teams as they look to hit upon a perfect setup.

“We’re all trying to make guesses on where our load needs to be on our suspension and stuff like that so we can make the corners,” Junghans said. “Just making educated guesses on trying to get the feel I want and then put it all together when we come back.”

As much of a “wow” factor the track brought to the drivers, they suspect it will do the same for current and new fans watching.

“I think it’s going to open up a lot of eyes to a lot of people I think,” Junghans said. “I think our sports is really growing and the racing is really good.”