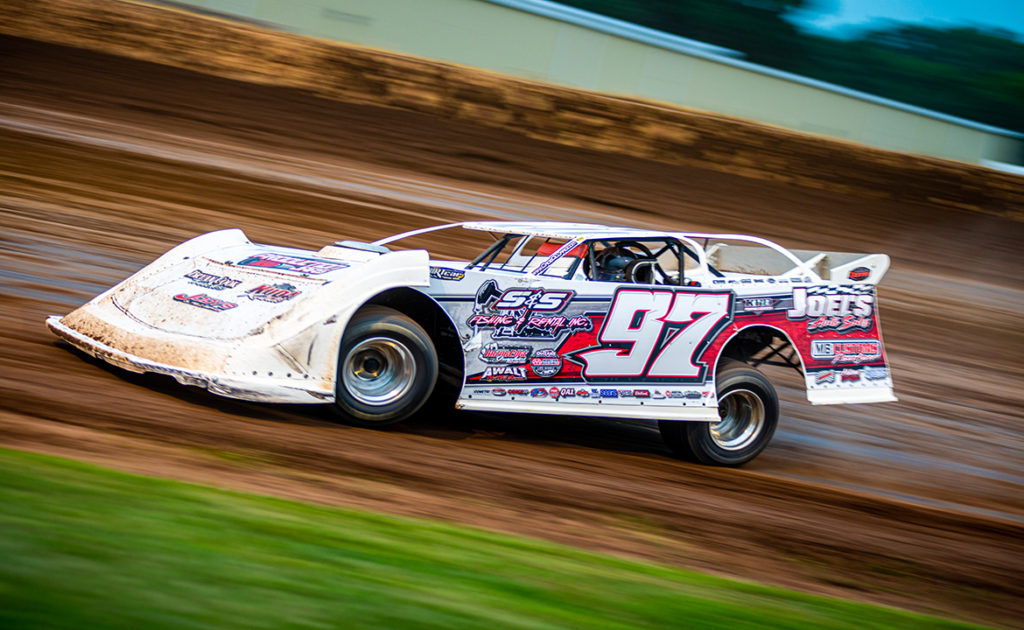 For the eleventh time in Series history, the World of Outlaws Morton Buildings Late Models are heading back to Shawano Speedway to compete in the Sundrop Shootout on Tuesday, July 30 – the fourth of six races in The Badger State on the 2019 schedule.

The Shawano Speedway has almost always been a staple of the tour’s Northern/Midwestern swing. Next Tuesday will be the 10th consecutive year for the Outlaws at the Shawano County Fairgrounds; the first visit came over 30 years ago on June 5, 1989, when Rick Egersdorf took the checkered flag.

Last year, Chris Madden put a big hurt on the field, leading all 50 laps en route to his sixth victory of the year. Despite those 2018 successes, Madden has since switched to a new team and made it home for the first half of the 2019 season, behind the wheel of the Skyline Motorsports #44. Madden departed Skyline just over one month ago and is not expected to be amongst those in the pit area to defend his Sundrop Shootout crown next week.

One driver to keep an eye on instead will be Madden’s replacement in the second Skyline Motorsports entry, 2015 World of Outlaws Champion Shane Clanton. After taking over the reins in June at the Firecracker 100 at Lernerville Speedway, Clanton has given Skyline team owner Greg Bruening his first World of Outlaws victory with a statement win at Ogilvie Raceway just two weekends ago. “The Georgia Bulldog” is also the most recent full-time Outlaw to win at the half-mile, back on August 2, 2016.

Standing tall in the win column so far this season is 2017 Series Champion Brandon Sheppard. The New Berlin, Illinois-native has stacked an incredible 13 wins in 24 races and totaled 20 podium finishes in World of Outlaws competition. “The Rocket Shepp” has only finished outside of the top five once; that came in the very first race of the season at Screven Motor Speedway in February. As of July 24, the Rocket1 Racing pilot is out front in the points standings by 216 markers over tour veteran Darrell Lanigan.

Lanigan, now back behind the wheel of his own Club 29 Chassis after a three-year World of Outlaws absence, is still searching for his first Series win of the year. The three-time champion has come close several times, and his second-best 13 top-fives in 2019 are a testament to his team’s resilience on the track.

Leading Rookie of the Year contender Ricky Weiss, of Headingley, Manitoba, is right on Lanigan’s heels in the points standings, just 16 points out of second. A strong North/Midwest stretch has recently displayed the team’s improvement over the year, having finished inside the top 10 in every race since the swing began back in late June. Four podium finishes in the last six races all the more help his bid for the 2019 Rookie title.

New to the World of Outlaws visit to Shawano this year will be the appearance of several Dirt Kings Late Model Tour drivers. The Outlaws will take on the battle-tested Wisconsin heroes of the Dirt Kings series for Badger State supremacy. Brandon Sheppard has five wins on Wisconsin tracks in the past two years, but the Dirt Kings’ knowledge and laps around Shawano could prove challenging.

Joining the Outlaws at the track in Tuesday’s race program will be the IMCA Stock Cars and Modifieds, slated for a 6:30 p.m. central start time.

Tickets for the World of Outlaws Morton Buildings Late Model Series event at Shawano Speedway can be purchased at the track on race day. For pricing and other track information, visit www.shawanospeedway.net, or call (715) 526-7069.