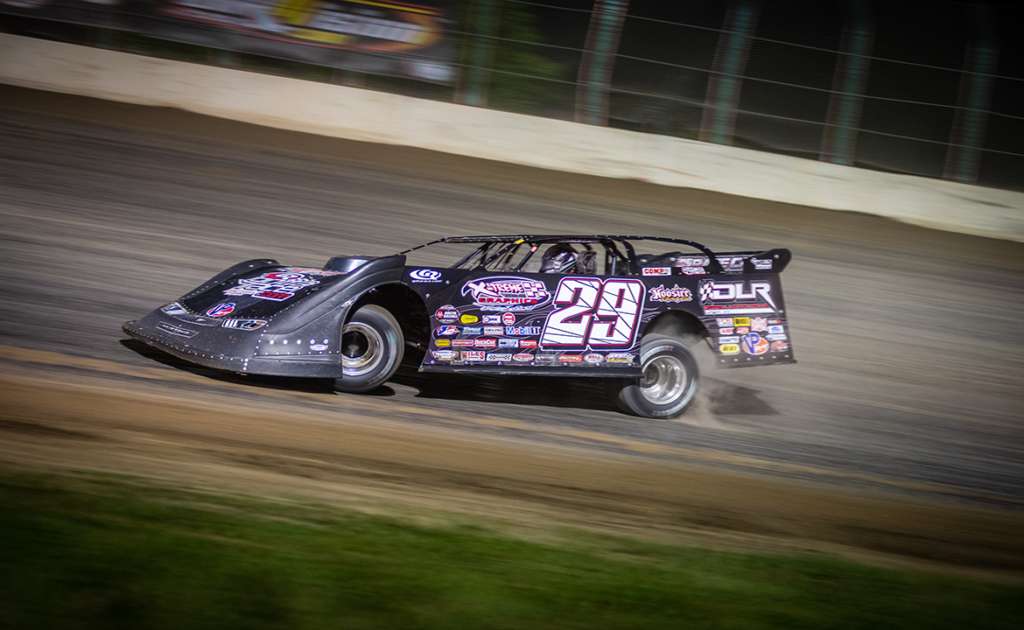 The World of Outlaws Morton Buildings Late Model Series is set to return to the Plymouth Dirt Track for the second visit in Series history on Monday, July 29. This is the third race out of five total in the state of Wisconsin this year – a record number of scheduled races for the Outlaws in the Badger State.

Last year, the Outlaws made their debut at the Sheboygan County Fairgrounds in thrilling fashion, where a battle between 2017 Series Champion Brandon Sheppard and 2017 Rookie of the Year Devin Moran came down to the wire. Sheppard, of New Berlin, Illinois, grabbed the lead from polesitter Tyler Erb early and held it all the way through the final circuits, fending off track record-holder Moran in heavy lapped traffic to win his ninth Feature of the season and 33rd all-time.

Sheppard went on to finish runner-up in the 2018 World of Outlaws points chase, despite earning an additional four victories after Plymouth. This year, things have changed drastically for the Rocket1 Racing team. Put simply, they have dominated. Winning an unprecedented 13 races in 23 starts, Sheppard and car owner Mark Richards are ahead of pace to break the single-season wins record of 18, currently held by Sheppard and his predecessor in the Rocket Chassis house car, Josh Richards.

A great turnaround storyline has evolved out of the team from Decorah, Iowa – Skyline Motorsports. After replacing former pilot Chris Madden with 2015 Series Champion Shane Clanton last month, the team picked up their very first career World of Outlaws victory just two weekends ago at Ogilvie Raceway. Driving away from Sheppard after the final restart, Clanton, of Zebulon, Georgia, picked up his second victory of the year and 44th of his World of Outlaws career, placing him in a tie with three-time Series Champion Billy Moyer for fourth on the all-time Feature wins list.

Sheppard currently sits atop the World of Outlaws points standings with 13 victories, 22 top-fives and 23 top-10s. His worst finish was a sixth in the season opener at Screven Motor Speedway back in early February. Three-time Series Champion Darrell Lanigan sits 206 points back from Sheppard with 13 top-fives and 19 top-10s. Since his return to the World of Outlaws circuit this season, after a three-year absence to drive for Clint Bowyer Racing, the Union, Kentucky-native is still winless on the tour through the first six months. But with two top-fives in the last three races, “The Bluegrass Bandit” is certainly knocking on the door.

2019 World of Outlaws Rookie of the Year frontrunner Ricky Weiss, of Headingley, Manitoba, sits third in points with two podium finishes in the last three races, still chasing his first career World of Outlaws triumph. Clanton is fourth, 232 markers back from Sheppard and most recent Morton Buildings Feature winner, Chase Junghans, rounds out the top five.

Joining the Outlaws at the track on Monday evening will be Grand Nationals and B-Mods; hot laps are scheduled for a 6:15 p.m. start.

Tickets for the World of Outlaws Morton Buildings Late Model Series event at Plymouth Dirt Track can be purchased at the track on race day. For more information, visit them on the web at plmouthdtr.com.