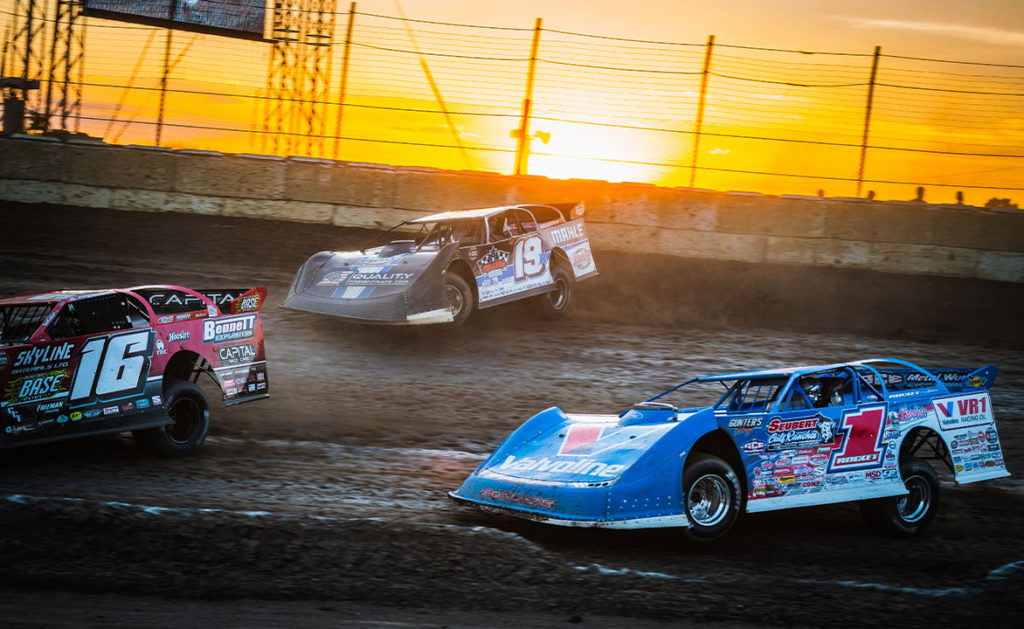 The World of Outlaws Morton Buildings Late Models will have a “New York State of Mind” for a second time in 2021.

The Series will return to the Orange County Fair Speedway in Middletown, NY on Thursday, August 19, for the first time since 2004. It kicks off a four-race weekend spanning New York, Pennsylvania, and Ohio.

It’s the second time the World of Outlaws will race at the .625-mile oval. Rick Eckert, the 2011 Series champion, and most recent winner found Victory Lane in the first event.

“These are the fastest, non-wing dirt racing cars on the planet,” Hearn said. “Since the last time they were here, the [Series] gets a lot more exposure with DIRTVision. Even though it’s not a division that runs here all the time, a lot of people know who the players are.”

World of Outlaws Late Models Series director Casey Shuman is also thrilled to return to such a historic venue.

“Orange County has a rich history of racing, and we’re really excited for the Late Models to be a part of it,” Shuman said. “It should be a great event, and a fun track for our guys to race on.”

Three-time and defending champion Brandon Sheppard is currently at the top of the standings—46 points ahead of Chris Madden.

The reigning champion and New Berlin, IL driver is also chasing history. He’s paving a path to his fourth Series championship, which would tie him for the most Series titles all-time with Josh Richards.

The “Rocket Shepp” will have to contend with Madden, other stout tour regulars like Ricky Weiss, and Rookie of the Year contenders Tyler Bruening and Ryan Gustin.

The Most Powerful Late Models on the Planet will be joined by the Pro Stocks, who are also making their return to “The House of Power.”