World of Outlaws Cancelled at Tazewell 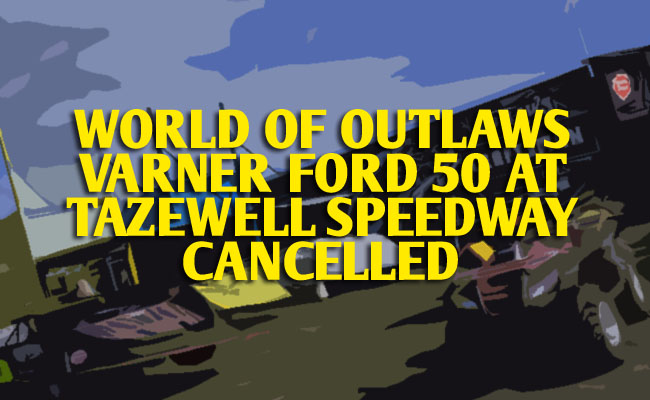 With a collaborative effort between Tazewell Speedway owner Gary Hill and World Racing Group, the event was scheduled to begin at 7:30 p.m. with gates opening at 4 p.m. The night consisted of time trials, heat races, last chance races and the 50-lap main event for $10,000.

“Gary and the crew at Tazewell always hit a home run with this event, but in the best interest of everybody it did not give him an option,” Series Director Tim Christman said.

The World of Outlaws Craftsman® Late Model Series returns to action April 29 at Carolina Speedway in Gastonia, N.C. All tickets will be sold at the door as “general admission.”