WHAT TO WATCH FOR: World of Outlaws Launch 2021 Season at Volusia This Weekend 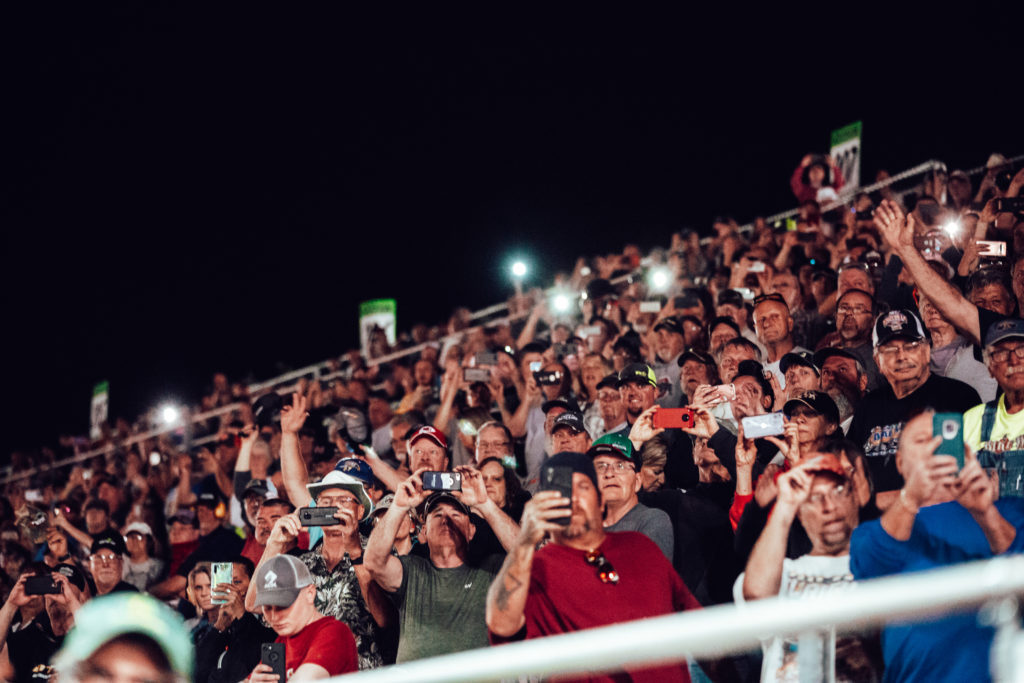 After a long two-month off-season, the wait is finally over.

It’s the launch party on what is slated to be the biggest and best year in 20+ seasons of The Most Powerful Late Models on the Planet. From the championship contenders to the extra money available to the crown jewel races added, there is so much to pay attention this year.

It all begins tomorrow, Thursday, January 14 with the first of a scheduled 58 races taking place at Volusia. Fans can BUY TICKETS HERE for the Late Model-Palooza featuring 604 Late Models, 602 Late Models, and Florida Late Models. If you can’t make it to the track, you can watch Every Lap LIVE on DIRTvision.

Here’s what to watch for..

DIRTVISION GOES PLATINUM: Released yesterday was the news that DIRTVision has created the Platinum FAST PASS, a $299 ticket that gets you access to nearly everything for a whole year. You’ll see 50+ World of Outlaws Late Model shows, 90+ World of Outlaws Sprint Car shows, all Super DIRTcar Series shows, plus the DIRTcar Summer Nationals, DIRTcar Xtreme Series, Australian events, local races, and so much more. You can purchase your Platinum FAST PASS and secure your ticket for the next year at DIRTVision.com.

POINTS RESET: The glorious part of flipping the calendar to a new year and beginning a new race season is the wide open championship battle. Right now, it’s anyone’s game, and anything can happen. Brandon Sheppard has just as much as a lead for the title as Boom Briggs does. The end result of these three nights in Volusia will get the ball rolling and could be the momentum or spark that someone needs to make a run for the championship.

ALL-TIME WINS RECORD: Heading into the 2021 season, a pair of full-time World of Outlaws Late Model Series competitors have a realistic shot at making history and breaking the all-time wins record, which is currently 77 wins by Josh Richards. Currently behind him is Darrell Lanigan of Union, KY at 74 career wins and Brandon Sheppard of New Berlin, IL at 69 career wins. It’s likely that one, or possibly both, could surpass the four-time World of Outlaws champion with more triumphs this year.

DIRTCAR NATIONALS WARMUP: Three nights at the Sunshine Nationals offers racers a rare chance to get on-track and compete at Volusia ahead of the prestigious DIRTcar Nationals, which celebrates 50 years on February 2-13 this year. The World of Outlaws Late Models will begin the points chase this weekend, followed by three weeks off, then the DIRTcar Nationals take center stage on February 10-13. Fans can buy tickets to DIRTcar Nationals HERE.

MORE MONEY: This weekend’s Sunshine Nationals marks the beginning of a new standard purse of the World of Outlaws Late Model Series. The $10,000-to-win payday remains the same, but significant increases throughout the field will put more money in everyone else’s pockets. Most notably, all features are $1,000-to-start now. All drivers inside the top ten will bank at least $2,000 now as well.

SHEPPARD’S PLAYGROUND: Brandon Sheppard made his Volusia Speedway Park debut at the 2010 DIRTcar Nationals. It took him seven years and 22 more starts to finally nail down his first victory at VSP in 2017. Since then, he’s been on an absolute tear at the Florida half-mile. Most notably, he swept all four World of Outlaws show at the 2019 DIRTcar Nationals. In total, he’s won seven of his last 12 attempts with an average finish of 2.9.

T-MAC’S IN TOWN: Northeastern ace Tim McCreadie will join the World of Outlaws Late Models this week for the first two nights of Sunshine Nationals. The former series champion and 32-time winner is flying into Daytona from Tulsa, where he’s competing at the Chili Bowl Midget Nationals, which he won preceding his 2006 World of Outlaws crown. Across his 78 career late model starts at Volusia, McCreadie has 43 top tens and six victories, most recently coming last year in the DIRTcar Nationals.

NEW CONTENDERS: Along with the familiar face of Sheppard, we know that Ricky Weiss and Cade Dillard are ready to contend for championships. Behind them, you’ve got hungry drivers like Chase Junghans, Dennis Erb Jr., and Darrell Lanigan looking to revitalize his run with Rocket. New rookie contenders Ross Bailes, Ryan Gustin, Tony Jackson Jr., and Ryan Scott will be trying to make their own splash as well.

It all begins tomorrow night at Volusia Speedway Park! If you can’t be there, watch Every Lap LIVE on DIRTVision!