WHAT TO WATCH FOR: World of Outlaws Late Models Take on Bristol 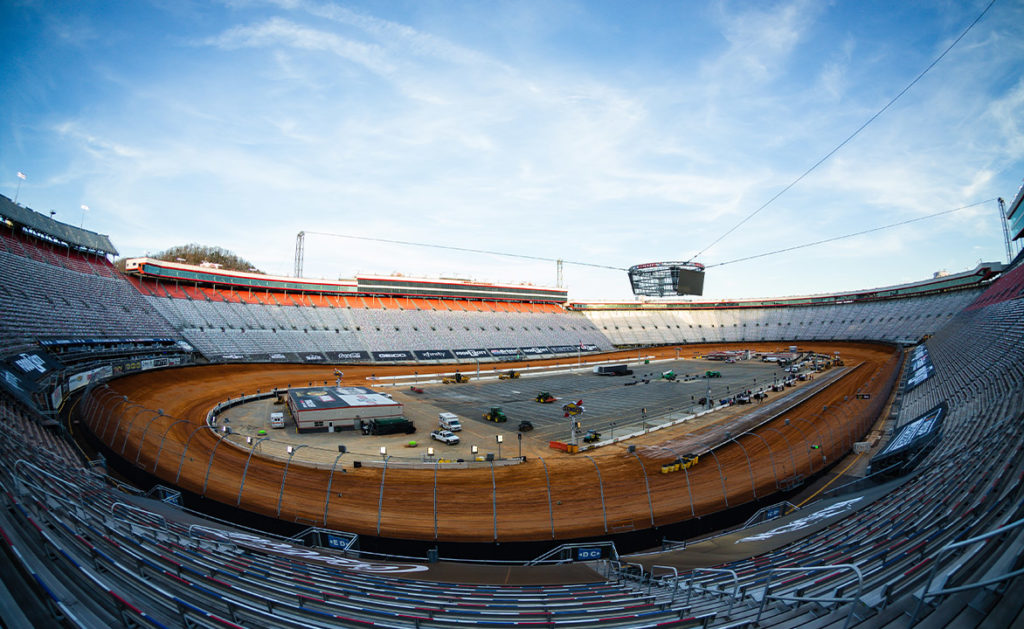 Since the release of the 2021 World of Outlaws Morton Buildings Late Models schedule, the Bristol Bash, April 8-10, has been one of the most anticipated events on the calendar.

It’s the first time in history “The Most Powerful Late Models on The Planet” take on the famed half-mile, known as the “Last Great Colosseum.”

Teams will also have a practice session on Thursday April 8.

The DIRTcar UMP Modifieds will accompany the World of Outlaws Late Models on all three nights.

Kyle Strickler enters Bristol top of the point standings, leading three-time defending champion Brandon Sheppard by 24 points. He remains the only repeat winner after the first nine races of the season.

The show will be hosted by Matt Yocum and Ashley Stremme with pit reporting from Georgia Henneberry.

Cutting The Deficit: Entering the Illini 100 last weekend, Kyle Strickler had a 66-point lead over three-time defending champion Brandon Sheppard. Now it’s down to 24 points after Sheppard’s two top-five runs, and a 13th- and 16th-place finish by Strickler.

While Strickler has more wins (2), Sheppard enters Bristol with the most top-10 finishes of all drivers in the first nine races (6).

The last time Strickler, of Sinking Spring, PA, had a top-10 finish, was in February during the DIRTcar Nationals. If that trend continues, there could be a new points leader by the end of the weekend.

Waiting For Lift Off: Despite the two top-five finishes at Farmer City Raceway, Brandon Sheppard is still struggling to get his first World of Outlaws Morton Buildings Feature win of the season. This is the longest he’s gone without a win to start the season in his career. His longest streak previous was four races during his rookie season in 2017.

While he did win at Cherokee Speedway this season, that was a special event and didn’t count as an official Series victory.

The New Berlin, IL will look to win big at Bristol this weekend. Along with breaking his winless streak and earning him a historic win at the iconic track, he would also claim his 70th career World of Outlaws victory – then putting him only seven wins behind the all-time win record.

He and his Rocket1 Racing team should have a good idea of what it takes to get around the half-mile track after making 156 laps during a test session in March. He was second fastest overall behind Ricky Weiss. Both of them ran laps in the 15.2 second bracket – four seconds faster than the NASCAR Cup cars– with an average speed of 125mph.

The Need For Speed: The bad news for Ricky Weiss is that he’s been struggling of late with his Sniper chassis. The good news is he knows he has a fast car at Bristol Motor Speedway.

During the March test, the Headly, MB driver was fastest overall with a 15.266 second lap.

Weiss is fifth in the standings, 96 points back of Strickler. A couple of good finishes this weekend could put him within striking distance of the top spot.

The Quest for a Second Win: Friday and Saturday won’t be the first Late Model races on Bristol’s dirt surface this year.

Davenport will look to capture that glory again this weekend and take home the iconic gladiator sword trophy with the Outlaws. He has one top-five finish with the Series this season, finishing third at the “Tennessee Tip-off” at Smoky Mountain Speedway in March.

“Black Sunshine” already has two wins at the track. They both happened the last time dirt was on the speedway in 2001.

Owens hopes to keep his momentum rolling with the World of Outlaws Morton Buildings Late Models. He won a twin 25-lap Feature last month at Cherokee Speedway, as part of the Rock Gault Memorial. However, like Sheppard’s win, it didn’t count as an official World of Outlaws victory. He and Bloomquist will be on the hunt for their first official Series win of 2021.

Visit www.richmond-raceway.net or www.brushcreekmotorsports.com to buy tickets for either event.