WHAT TO WATCH FOR: World of Outlaws Late Models back in action at Smoky Mountain 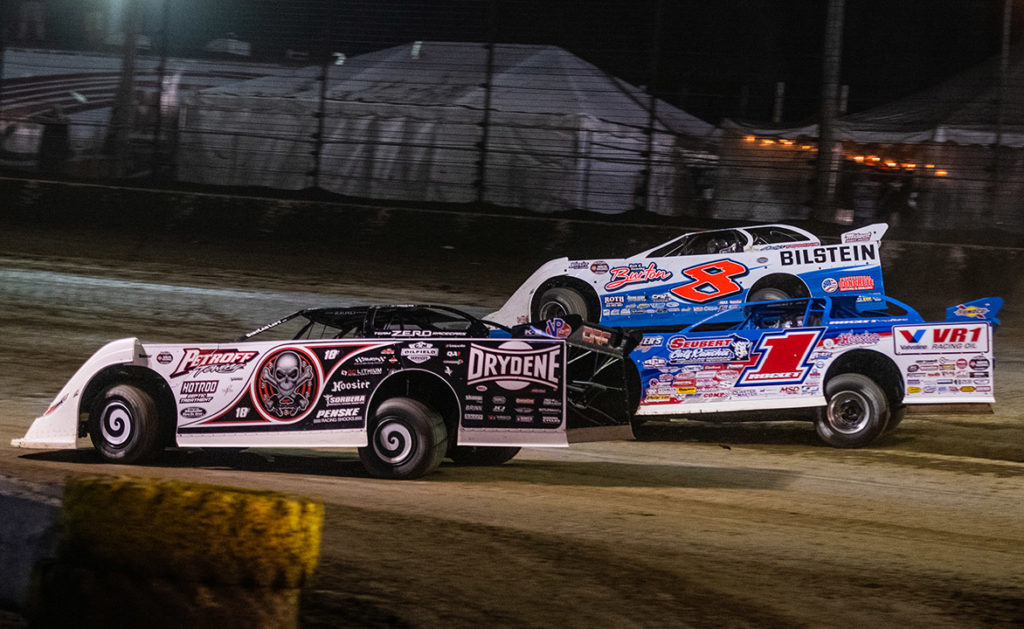 Tennessee will welcome the World of Outlaws Morton Buildings Late Models for the first time in 2021 on Saturday, March 6, at the 4/10-mile Smoky Mountain Speedway.

The Series spent the last two months playing with gators in Florida but will now keep the season rolling through the South and Midwest, starting with this weekend’s $12,000-to-win Tennessee Tipoff.

ROOKIE LEADER: Rookie of the Year contender Kyle Strickler, of Sinking Spring, PA, enters Smoky Mountain with the current Series points lead – 68 points ahead of Kyle Bronson. He had an exceptional start to the season in Florida, leading him to join the World of Outlaws full-time in 2021. Strickler claimed his first two career wins in the first five races of the year and has yet to finish outside the top-10 – the only driver with that feat.

He’s yet to run with the World of Outlaws at Smoky Mountain but has made a handful of starts at the 4/10-mile track in his short Late Model career. His best finish there, so far, is eighth.

LOOKING TO TAKE OFF: The spark is lit and the Rocket1 Racing team with three-time defending Series champion Brandon Sheppard, of New Berlin, IL, will be poised to take off at Smoky Mountain Speedway. They were unable to claim a top-five finish during the first five races of the season at Volusia Speedway Park. And while Sheppard has yet to earn a Series win at Smoky Mounty, he’s had success at the track.

He won with the Southern All Star Dirt Racing Series in 2017 and hasn’t finished worse than fourth in the last three World of Outlaws events at the track. A win this weekend would also be his 70th career World of Outlaws win.

BOSS LEVEL: The first five races of the World of Outlaws season didn’t go as well as Ross “The Boss” Bailes, of Clover, SC, would’ve liked. But since then, he went on a run of one win and two second-place finishes with the Drydene Xtreme DIRTcar Series. He’s hoping to carry that momentum into the Smoky Mountain event, as he’s also racing for the Rookie of the Year honors against the likes of Kyle Strickler.

He’s made trips to the Tennessee track before but has yet to make that trip with the World of Outlaws. So far, this season, Bailes has claimed one top-10 finish and currently sits 10th in Series points.

THREE, TWO, ONE?: In Ricky Weiss’s last two visits to Smoky Mountain with the World of Outlaws he finished third and second, respectively. Could a win be on tap this year? If so, it would be his first behind the wheel of his own Sniper Chassis. In its first four races at Volusia, the new chassis helped Weiss earn three top-10 finishes – his one top-five finish came in a Team Zero car after he wrecked his Sniper.

Aside from his World of Outlaws success at Smoky Mountain, Weiss, of Headingly, MB, has earned two victories at the track in 2019 with the All Star Dirt Racing Series.

TENNESSEE SUNSHINE: In the World of Outlaws’ nine previous visits to Smoky Mountain, only one driver has visited Victory Lane multiple times – Tennessee’s Scott Bloomquist. Black Sunshine won two consecutive events at the track in 2015 and 2016. A win in his home state this weekend, behind the wheel of his Drydene machine, would be his 34th career World of Outlaws victory. He finished 16th at the track last year.

Bloomquist earned a second-place finish during the second race of the season but was unable to crack the top-10 during the DIRTcar Nationals.

THIS WEEK AT A GLANCE:

WHEN & WHERE
Saturday, March 6, at Smoky Mountain Speedway for the Tennessee Tipoff | EVENT INFO

AROUND THE TURN: The World of Outlaws Morton Buildings Late Models on Friday and Saturday, March 26-27, will return to Cherokee Speedway in Gaffney, SC. Click HERE for event info.

2021 STATS
There has been five World of Outlaws Morton Buildings Late Model Features this year.