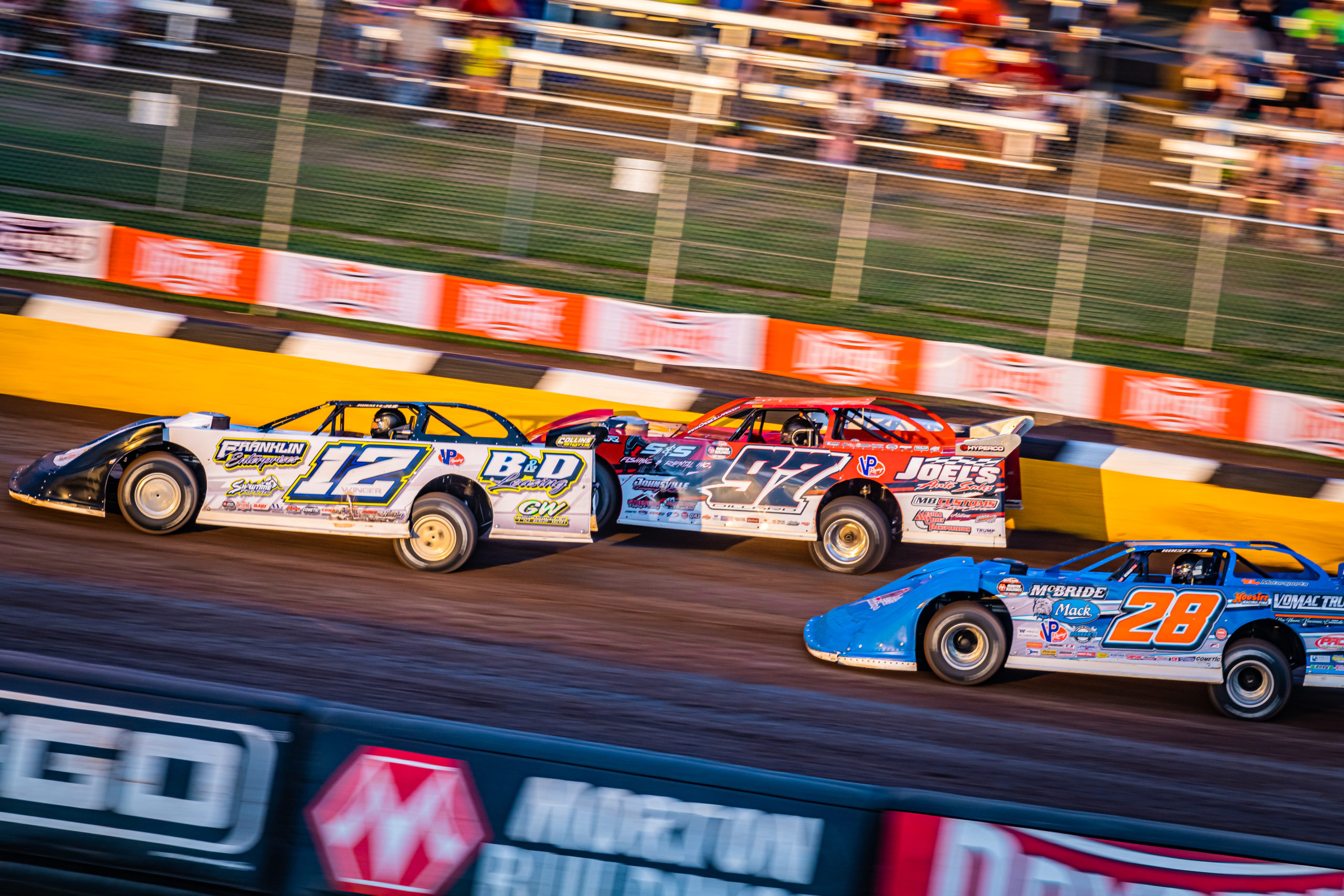 The Most Powerful Late Models on the Planet return to racing this weekend following a two-week bye period. It’s the beginning of the homestretch with only nine nights and eight points-paying features left on the 2020 World of Outlaws Morton Buildings Late Model Series schedule.

Heading for Knox Dale, Pa. this Friday and Saturday, September 25-26, the two-day showing at the 3/8th-mile will mark the first visit in World of Outlaws history to Thunder Mountain Speedway. As always, DIRTVision will broadcast Every Lap LIVE for those unable to join us at the track.

Let’s read up on a few of the many storylines to watch this weekend:

POSSE VS. OUTLAWS: Primarily known for the potent pairing of World of Outlaws NOS Energy Drink Sprint Car superstars pitted against Central Pennsylvania gassers, the PA Posse vs. World of Outlaws rivalry has recently shifted gears and heated up in late model land. In each of the six appearances by the World of Outlaws Morton Buildings Late Models in The Keystone State in 2020, at least one if not more Pennsylvania natives have placed inside the top five and contended for wins.

Max Blair of Titusville, Pa. has been the only winner in his home state this year, scoring a preliminary win at the $30,000-to-win Firecracker at Lernerville Speedway in July. Outside of Blair, the likes of Mike Norris of Sarver, Pa., Rick Eckert of York, Pa., Gregg Satterlee of Indiana, Pa., Mason Zeigler of Chalk Hill, Pa., Gene Knaub of Dover, Pa., and Alex Ferree of Saxonburg, Pa. all have compiled top five efforts against the Outlaws in Pennsylvania this year.

NEW TRACK VIBES: Another element of the Posse vs. Outlaws battle to watch is the unique difference in the Posse’s prowess at the 3/8th-mile track vs. the Outlaws’ inexperience. With most of the full-time platinum teams never having seen Thunder Mountain Speedway before, the locals will have a slight edge entering the two-day weekend on home turf.

TIGHT POINTS BATTLE: Although Brandon Sheppard of New Berlin, Ill. holds a commanding 252-point lead in pursuit of his third career World of Outlaws Morton Buildings Late Model Series championship, the battle brewing behind him for second through fifth continues to heat up. With eight points-paying races remaining, only 144 points separates the four drivers with a difference in $30,000 in championship payout on the line.

At the moment, Ricky Weiss of Headingley, Man. holds the runner-up slot with Cade Dillard of Robeline, La. -78 points behind Weiss, Chase Junghans of Manhattan, Kans. -32 points behind Dillard, and Darrell Lanigan of Union, Ky. -34 points behind Junghans. The big $100,000 championship check is always the goal, but plenty of money is still worth fighting for between this quartet with the rest of the top five collecting $60,000 for second, $40,000 for third, $35,000 for fourth, and $30,000 for fifth.

ERB’S TOP FIVE STREAK: For only the third time in his career, Dennis Erb Jr. of Carpentersville, Ill. is riding a wave of three consecutive top five finishes with the World of Outlaws Late Model Series. Sparking the fire with his first win of the year at Eriez (Pa.) Speedway in August, Erb has since racked up a second-place finish at Lavonia (Ga.) Speedway and a fifth-place effort at Lancaster (S.C.) Motor Speedway in September.

His most recent trifecta of top five finishes came earlier this summer when The One Man Band pulled in three straight fourth-place results at Lernerville (Pa.) Speedway and Cedar Lake (Wisc.) Speedway. To find Erb’s greatest streak, we go back to a seven-day stretch in May of 2007 when he won at Beaver Dam (Wisc.), ran second at Lincoln (Ill.), won again at Brownstown (Ind.), and took third at I-96 (Mich.). The six-time Outlaws victor could match or better that record this weekend at Thunder Mountain.

BOOM BACK AT HOME: Marking the final two shows in Pennsylvania this year, it’s the last opportunity for local fans to catch Boom Briggs of Bear Lake, Pa. in his home state with the World of Outlaws Morton Buildings Late Model Series. It’s no coincidence that Boom’s best two finishes of the 2020 season have come right at home in The Keystone State.

He was fifth on night two of the Firecracker at Lernerville, but saved his best performance for a home show at Eriez just one month ago. Leading the opening 40 laps, Boom was oh so close to his first career World of Outlaws victory, but ultimately slipped back to tie his career best finish of second in the $10,000-to-win feature. Could he find redemption this weekend and top ’em all at Thunder Mountain?

Top 10 in World of Outlaws Points