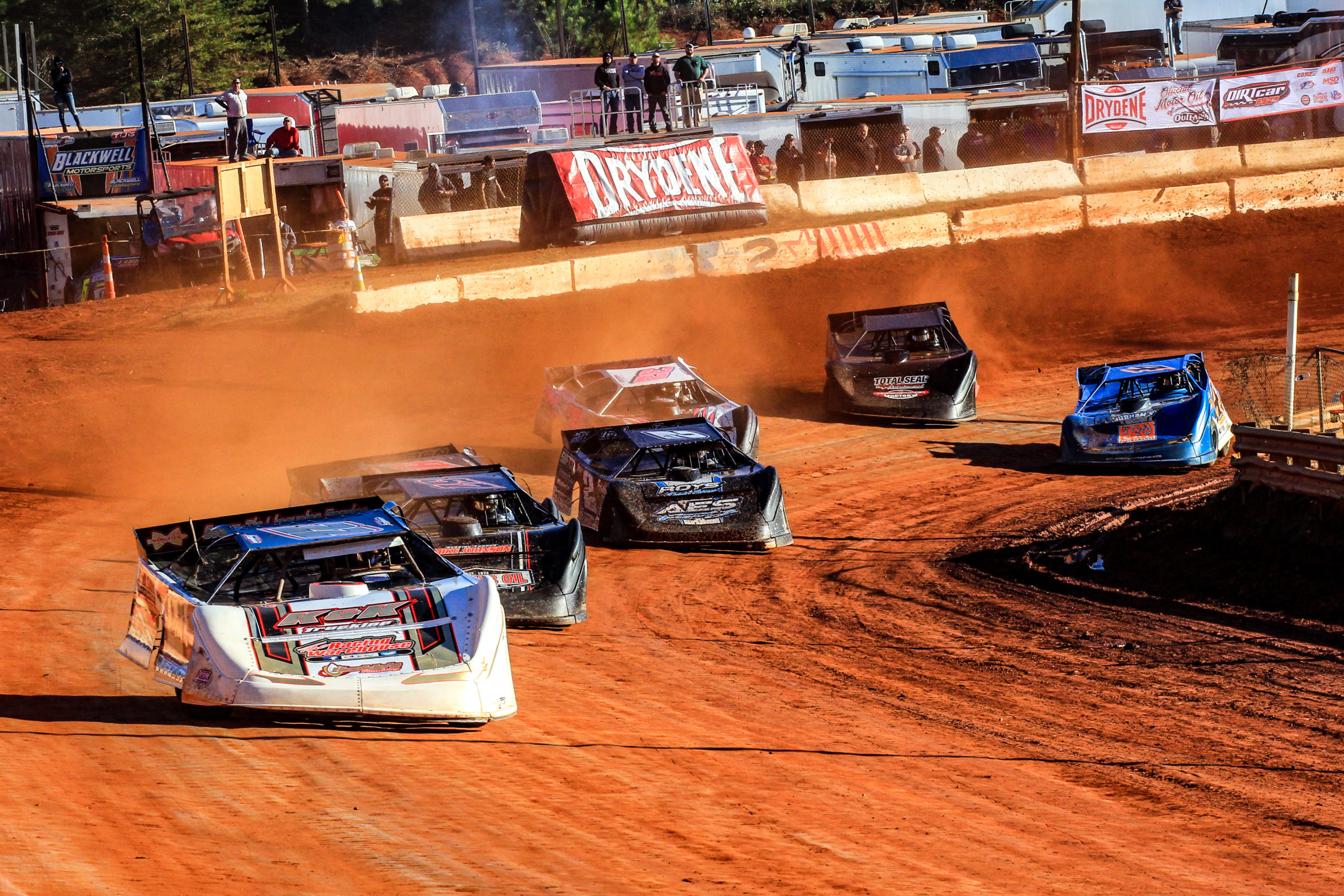 Six features and three weekends is all that remains on the 2020 World of Outlaws Morton Buildings Late Model Series schedule.

This weekend, it’s the final chance for South Carolina and Tennessee fans to catch their locals square off against the Outlaws on home turf with shows at Cherokee (S.C.) Speedway on Friday night and 411 (Tenn.) Motor Speedway on Saturday night.

Here are the top storylines to follow this weekend:

STOUT REGIONAL COMPETITION: Whether it’s against the boys of Illinois, the Pennsylvania posse, or the southern superstars, it’s always the Outlaws vs. the locals whenever we hit the track. That storyline is amplified this weekend with drivers from South Carolina, Tennessee, Georgia, North Carolina and more southern states looking to extend their streak of four straight wins against the Outlaws at Cherokee and 411.

Among the many drivers with impressive performances against the Outlaws at these two tracks in the past is Carolina racers like Chris Ferguson, Ross Bailes, Michael Brown, Chris Madden, Derrick Ramey, and Donald Bradsher; Tennessee titans such as Cory Hedgecock, Mike Marlar, and Vic Hill; and Georgia gassers including Brandon Overton, Dale McDowell, Brent Dixon, and Donald McIntosh.

BREAKTHROUGH WINNERS: In four events at Cherokee (2017-19) and two events at 411 (2018-19), both tracks have produced a first-time winner with the World of Outlaws Morton Buildings Late Model Series.

In June 2018, Cory Hedgecock of Loudon, TN beat Jimmy Owens of Newport, TN and Mike Marlar of Winfield, TN to lead a Tennessee podium sweep while recording his first career win in the series’ debut at 411 Motor Speedway. The 28-year old pilot of the Rocket/Eagle No. 23 was primed to repeat in 2019 before radiator trouble forced him to relinquish the lead on lap 17 to eventual winner Brandon Overton. Hedgecock will be back this weekend aiming to become the 48th driver with multiple wins in series history.

At Cherokee Speedway in May 2019, another home state hero got the job done with Ross Bailes of Clover, SC topping Sheppard and Don O’Neal to win his first career feature in dominating fashion by leading all 50 laps. Along with his win, Bailes was Fast Time at both Outlaw shows in 2019 and currently holds the Cherokee track record at 14.568 seconds from January 26, 2020. He and the Big Frog Motorsports No. 58 will be in attendance this weekend hoping to continue their remarkable success.

BIG SEXY STREAKING: With a return to the south comes the return of Brandon Overton of Evans, GA, who is fresh off his 20th overall win of the season last weekend at Senoia Raceway. The 29-year old sensation enters as the defending World of Outlaws winner at both race tracks, sweeping this weekend one year ago with wins at Cherokee on October 4, 2019 and 411 on October 5, 2019.

POINTS BATTLE RAGES ON: Brandon Sheppard and Rocket1 Racing lead the championship chase by +288 points with six points-paying features left in 2020, but behind him it’s open game for spots second-through-sixth with the World of Outlaws Morton Buildings Late Model Series. Heading into this weekend at Cherokee and 411: Ricky Weiss of Headingley, MAN holds second with Cade Dillard of Robeline, LA trailing him by -88 points, Darrell Lanigan of Union, KY trails Dillard for third by -36 points, Chase Junghans of Manhattan, KS trails Lanigan for fourth by -14 points, and Dennis Erb Jr. of Carpentersville, IL trails Junghans for fifth by -34 points.

SHEPPARD’S KRYPTONITE: It’s rare to find a weak link for Brandon Sheppard – who is only six races shy of his third career World of Outlaws Morton Buildings Late Model Series championship – but look close enough and they’re there. Over the course of his career, the New Berlin, IL native has raced at 74 different race tracks with the World of Outlaws, racking up wins at 45 of them totaling 69 career victories. Of the 29 facilities he has not won at, 14 of them he’s seen on multiple occasions, including the two we visit this weekend.

Cherokee Speedway in Gaffney, SC, host of Friday’s event, is one of only four tracks – along with Screven (GA), Smoky Mountain (TN), Shawano (WI) – that Sheppard has visited four times or more without a win. In four previous starts at Cherokee, The Rocket Shepp has a pair of runner-up finishes in 2017 and 2019, but still chases victory lane at the 3/8th-mile. He’s been to 411 Motor Speedway in Seymour, TN, home to Saturday’s show, just two times in the Rocket1 Racing No. 1 with finishes of tenth and third.

One win is nice, but the ultimate question is will Bloomquist and his Team Drydene, Team Zero Race Car No. 0 crew sustain this success? The Mooresburg, TN legend races closer to home this weekend with a pair of shows at Cherokee (SC) Speedway on Friday and 411 (TN) Motor Speeedway. He doesn’t have much of a World of Outlaws resume at either track, but Bloomer does enter as a four-time winner (’92, ’94, ’96, ’14) of Cherokee’s prestigious Blue Gray 100.

AROUND THE TURN: The World of Outlaws Morton Buildings Late Model Series makes up the $25,000-to-win Hoosier Dirt Shootout at Kokomo Speedway on Friday, October 23, then heads to Federated Auto Parts Raceway at I-55 on Saturday, October 24.