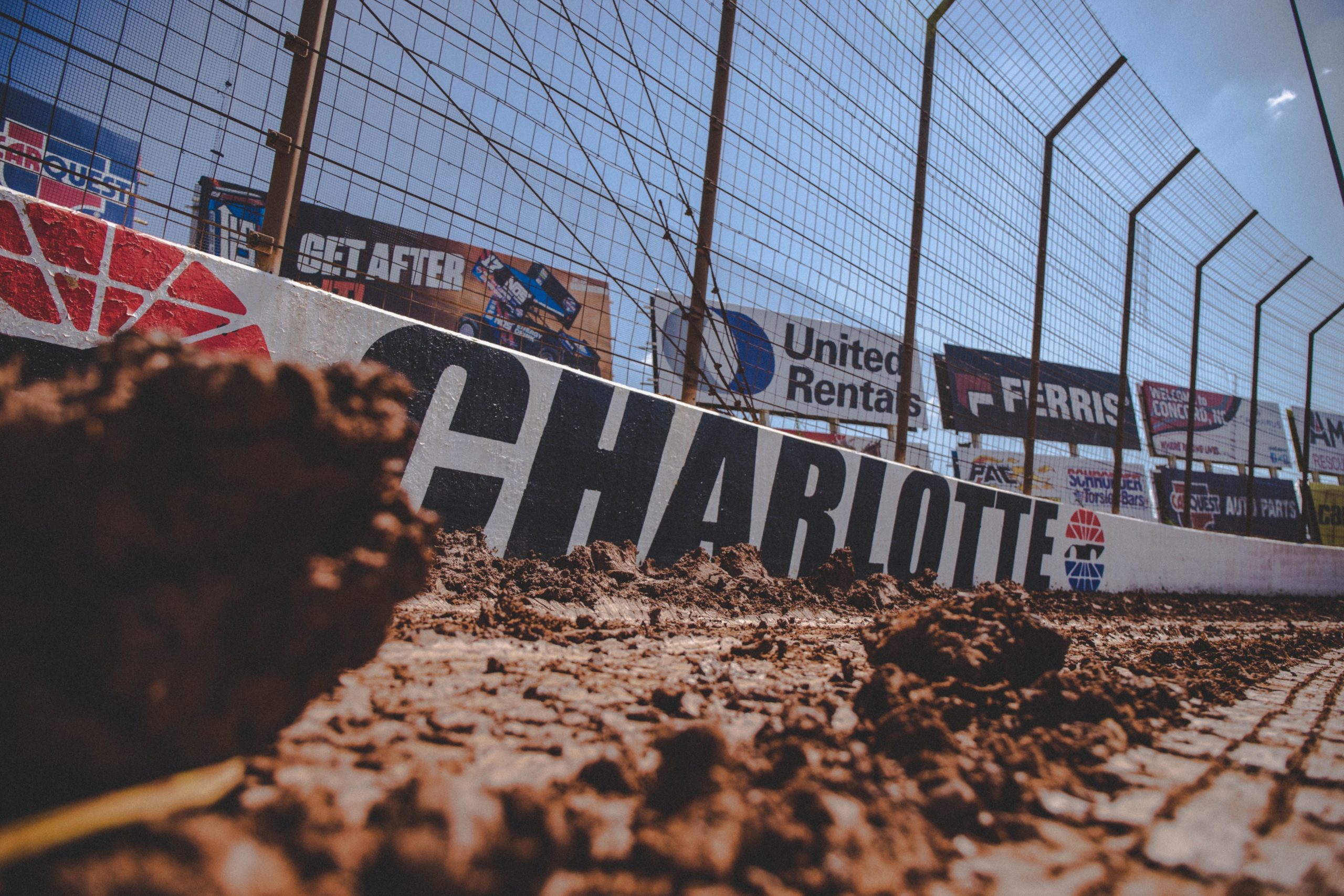 Abundance of Storylines Entering World of Outlaws Finale at The Dirt Track at Charlotte
By Brian Walker | November 3, 2020 at 3:23 pm

Making Last Call at The Dirt Track at Charlotte, a field of nearly 60+ Late Models has already entered the two-day season finale at the 4/10th-mile North Carolina oval.

Grandstand tickets are SOLD OUT, but if you act fast you can purchase packaged pit passes HERE. Drivers can still register to compete in the two-day show until the deadline tonight at midnight, when Wednesday begins. You can register HERE.

Study up below on some of the top headlines to follow as the 39th and 40th events of the season hit the track.

Entering Last Call, Sheppard has amassed 14 victories, 30 top fives and 35 top tens in his 38 starts on tour this year. A three-time World Finals winner at The Dirt Track at Charlotte, B-Shepp could put the icing on the cake with a win this week, which would give him 70 career wins, third on the all-time wins list behind Lanigan (74) and Richards (77).

DOUBLE DUTY: While about 96% of the field is taking #2ForTheRoad, two of dirt racing’s most recognizable icons are coming in to take #4ForTheRoad with four straight nights of racing in two different disciplines at The Dirt Track at Charlotte. Those two men facing the challenge of Late Models and Sprint Cars in the same week, you ask? Kyle Larson and Donny Schatz.

Larson, of Elk Grove, Calif., will be making his World of Outlaws Morton Buildings Late Model Series debut aboard a K&L Rumley No. 6 Longhorn Chassis. Recently announcing his 2021 deal to drive in NASCAR for Hendrick Motorsports, Larson – a 42-time winner in 85 starts – is still on the hunt for a miraculous 50 dirt wins in 2020. He has the potential to add more on Friday & Saturday when he’s back with the World of Outlaws NOS Energy Drink Sprint Cars in the Paul Silva owned No. 57.

Schatz, of Fargo, N.D., is driving his own Rocket Chassis No. 15 this week, bringing in momentum from top ten finishes against the World of Outlaws Late Models at Volusia, Red River Valley and River Cities this year. Following back-to-back nights with the fenders, Donny will throw the wing on and chase his 11th career World of Outlaws NOS Energy Drink Sprint Car Series championship in the Tony Stewart Racing No. 15.

KINGS OF QUEEN CITY: Since 2007, the World of Outlaws Morton Buildings Late Model Series has contested 35 events at North Carolina’s The Dirt Track at Charlotte. Over that span, 13 different winners have visited victory lane at the 4/10th-mile with seven drivers striking on multiple occasions and a tremendous trio earning five or more wins.

The Newport Nightmare Jimmy Owens leads the way with an unmatched seven victories from 2009-19. Josh Richards of Shinnston, W.V. is behind him at six wins, while Scott Bloomquist of Mooresburg, Tenn. owns five triumphs on the Concord clay. Other notable multi-time winners include Chris Madden, Jonathan Davenport and Brandon Sheppard all with three, while Darrell Lanigan of Union, Ky. has a pair of wins to his credit.

HOMETOWN HEROES: Among the many Carolinians hoping to defend their home turf this week is two notable gassers with a more-than-real shot at keeping the loot at bay.

Kyle Strickler, a now resident of Mooresville, N.C., will return to World of Outlaws Morton Buildings Late Model Series competition with his first career win still missing. The High Side Tickler has thrilled Dirt Late Model fans all year long, but particularly of late with his near Intercontinental Classic victory at Eldora and then first Lucas Oil win at I-80. He’s fresh off a win at the Drydene World Short Track Championship in the UMP Modifieds, can he carry that success to a $12,000 World of Outlaws win?

Chris Ferguson, a native of Mount Holly, N.C., is chasing his first World of Outlaws victory in over four years, with his last coming in May of 2015 at another North Carolina track. Fergy admitted he has more confidence than ever entering Last Call, believing in himself to win at least one of the two nights against The Most Powerful Late Models on the Planet in his No. 22 Team Zero Race Car.

POINTS BATTLE: While Sheppard has locked-up the championship and 20-year old Ashton Winger of Hampton, Ga. has secured Rookie of the Year honors, we’ve still got positions up in the air leading into the final two nights. Ricky Weiss of Headingly, Man. holds a comfortable 116-point advantage in the second spot, which is essentially clinched barring any incredibly dramatic events. The race behind Ricky is where it gets good.

Thriller Cade Dillard rides in third, but only has a 30-point gap between he and newly-inducted Hall of Famer, Darrell Lanigan. Chase Junghans of Manhattan, Kans. is right in the mix as well, only missing Dillard’s current mark by 72 points. A three-way battle not good enough, fine; it’s a four-way war! Dennis Erb Jr. of Carpentersville, Ill. is also eligible to shake things up, standing in sixth just 82 points out of third.