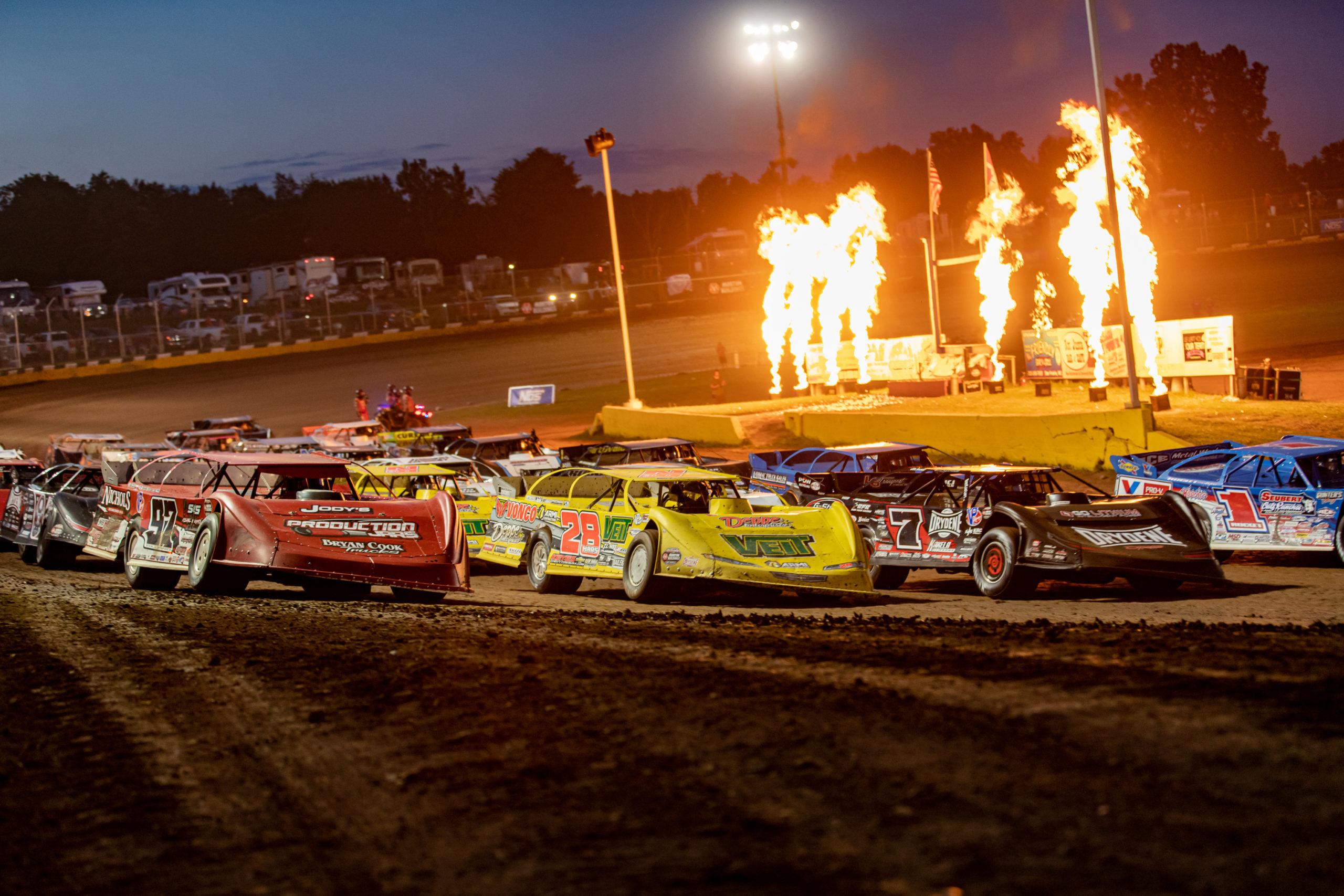 2020 has been “different” to say the least. But, here we are, officially at the halfway point of the World of Outlaws Morton Buildings Late Model Series campaign.

Since the COVID-19 pandemic altered our lives and shut our sport down, the World of Outlaws have worked tirelessly and led the charge for our industry to return to racing SAFELY with restrictions and guidelines in place to keep our staff, drivers, teams, and fans healthy.

Hosting nine events through New Mexico in January, Florida in February and Tennessee in March, the season got off to a hot start with seven different winners on the board. From March 8 to May 21 though, the World of Outlaws along with the rest of the world, sat idle as the COVID-19 pandemic went global.

Since returning to racing in May, the World of Outlaws Morton Buildings Late Model Series has ran 13 events in Minnesota, Iowa, Tennessee, Pennsylvania, and Wisconsin; four events with no fans in attendance to local restrictions, seven races with limited seats available, and two shows with a full-crowd over Fourth of July weekend at Cedar Lake Speedway.

Much like last year, the story has been about the dominance of New Berlin, Ill. native Brandon Sheppard and the Rocket1 Racing team. Getting a rocky start (rocky to them), B-Shepp and the Valvoline, Rocket/Durham No. 1 went into the pandemic with a narrow points lead after only winning once in the first nine races, compared to last year when he won seven of the first nine. Catching fire in late May, “The Rocket Shepp” has won seven times since returning to racing, including three-straight on two different occasions. Blossoming his advantage to 170 points entering the second half, all focus is on consistency with the goal of a third World of Outlaws Morton Buildings Late Model Series championship in mind.

Rising to the challenge of Sheppard and the Rocket Chassis house car has been a pair of sensational sophomores in 2020. Ricky Weiss of Headingley, Man. and Cade Dillard of Robeline, La. are the only other full-time drivers to record multiple victories on tour this year. After each earned their respective first career wins at Vado (N.M.) Speedway Park in January, Weiss went on to win the RETURN to RACING at Jackson (Minn.) Motorplex in May and Dillard dominated his first career Crown Jewel in June with a $30,000 triumph at Lernerville (Pa.) Speedway’s Firecracker.

The mid-season resurgence of ageless veterans Darrell Lanigan of Union, Ky. (3rd in PTS), Dennis Erb Jr. of Carpentersville, Ill. (6th in PTS), and Scott Bloomquist (7th in PTS) has been a thrilling storyline to watch this summer. After struggling throughout the opening stint, all three have turned up the heat since the calendar turned to June.

For Bloomquist, he recorded four-straight top five finishes at Volunteer (Tenn.) Speedway and Lernerville with his first podium of the year in the Drydene Performance Products No. 0 on night two of the Firecracker. Lanigan, The Bluegrass Bandit, scored podium efforts in his Viper Motorsports No. 29V Barry Wright Race Car at Volunteer, Lernerville and Cedar Lake, proving to be a factor for his 74th career World of Outlaws win in each of them. Stepping up with money on the line, Erb managed three consecutive fourth-place finishes at Lernerville ($30,000/Win) and Cedar Lake ($2o,000/Win)  while getting his season back on track.

Competing in his sixth full-time season, Chase Junghans of Manhattan, Kans. has continued to offer consistency night-in and night-out while riding to fifth in the points. While the No. 18 only has three top five finishes and one podium to date, he’s been a steady top ten runner with 16 top tens to his name, third most this year. On the verge of fourth and not far from third, Junghans is capable of a second-half breakout with a career-best performance possible.

The rise of 20-year old Ashton Winger of Hampton, Ga. has been the newest in a long line of youngsters coming to form with the World of Outlaws. His nine top ten finishes in the Franklin Enterprises No. 12 has him slotted eighth in points at halfway, but the talk of town has been his performance of late. His then career-best of fourth came at Volunteer in June, then he broke through for a huge $20,000 payday in his first career win at Cedar Lake, which came after beating Brandon Sheppard head-to-head in the closing laps. He’s continued to excel and show promise on the Northern Swing, leading laps at Outagamie before contact took him out of contention.

Boom Briggs of Bear Lake, Pa. and Brent Larson of Lake Elmo, Minn. both round out the top ten in current World of Outlaws Morton Buildings Late Model Series points. In his Chub Frank Racing, CJ’s Auto Transport No. 99B Barry Wright Race Car, Briggs has managed one Fast Time Award, one Dryden heat race win, and got his first top five of the year in his home state at Lernerville. Larson, who races close to home on the Northern Swing, continues to chase his first top ten effort of the season in the No. B1 machine.

The second half of the 2020 campaign kicks off tomorrow Tuesday, July 14 at Gondik Law Speedway in Superior, Wisc. as the Northern Swing resumes. This weekend, a trip to North Dakota is in store with races at River Cities Speedway in Grand Forks, N.D. on Friday and Red River Valley Speedway in West Fargo, N.D. on Saturday.

Check out a wide range of 2020 stats for the World of Outlaws Morton Buildings Late Model Series below.