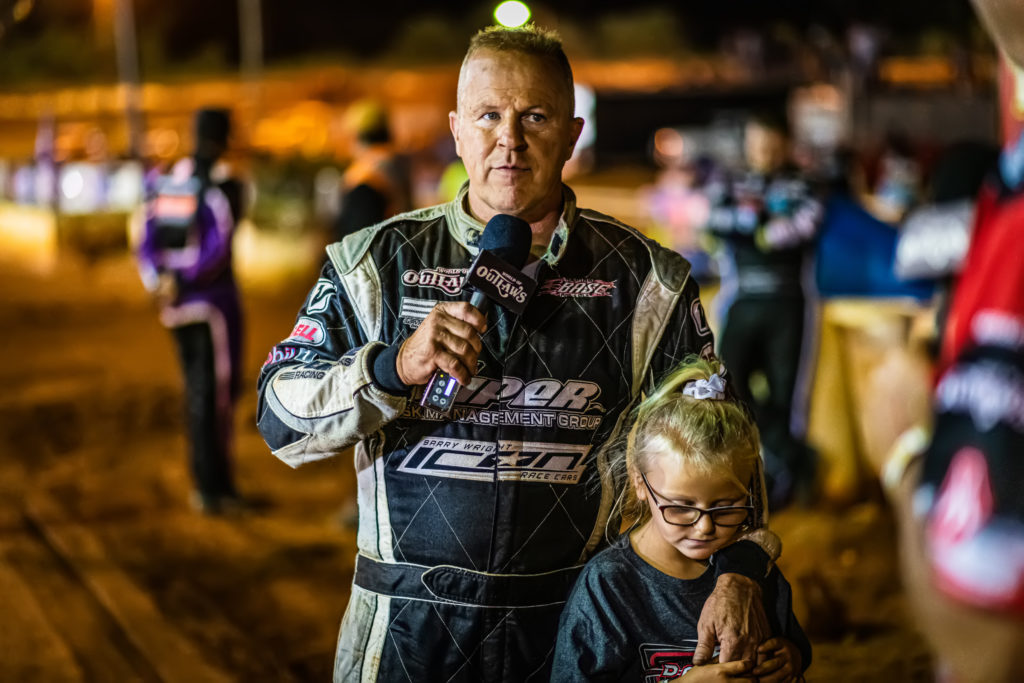 At 50-years old, Darrell Lanigan of Union, Ky. is heading to the National Dirt Late Model Hall of Fame.

A storybook career, which isn’t even over yet, has guided The Bluegrass Bandit to the forefront of the Class of 2021.

The three-time World of Outlaws Morton Buildings Late Model Series champion (2008, ’12 & ’14) will join his father and 2008 inductee, Porter Lanigan, in the Hall of Fame.

An original member of The Dirty Dozen in 2004, Lanigan and the World of Outlaws have been linked together since the beginning. That relationship will continue in 2021 as Viper Motorsports has announced that Lanigan will be back for his 15th full-time season with the World of Outlaws to continue chase of his fourth championship and an abundance of all-time records in this next chapter of his Hall of Fame career.

With 74 career feature wins, Lanigan sits three wins behind Josh Richards for the most in series history. He’s also second with Fast Time Awards, trailing Richards by nine in that category. He’s the World of Outlaws Late Models all-time leader in podium appearances (194) and top five finishes (276). He’s fourth on the all-time feature starts list (564) and could potentially steal the top spot by the end of the 2021 season.

Joining Lanigan on the list of five drivers in the 2021 class of National Dirt Late Model Hall of Fame inductees is longtime World of Outlaws competitor, Clint Smith.

The Senoia, Ga. native was alongside Lanigan when the Dirty Dozen was formed in 2004 and he stayed full-time with the series for 11 seasons until he dropped off in 2015. A 12-time World of Outlaws winner, The Cat Daddy turned in a career-best year in 2007 when he snagged four victories and placed third in series points.

Along with his national touring career with the Outlaws, Smith was a Hav-A-Tampa Dirt Racing Series champion in 1993 and a four-time Southern All Star champion. Like Lanigan, Clint will join his father Roscoe Smith, a 2001 inductee, in the Hall of Fame.

The World of Outlaws Morton Buildings Late Model Series sends our congratulations to Lanigan, Smith, and the rest of the inductees on such a high honor.