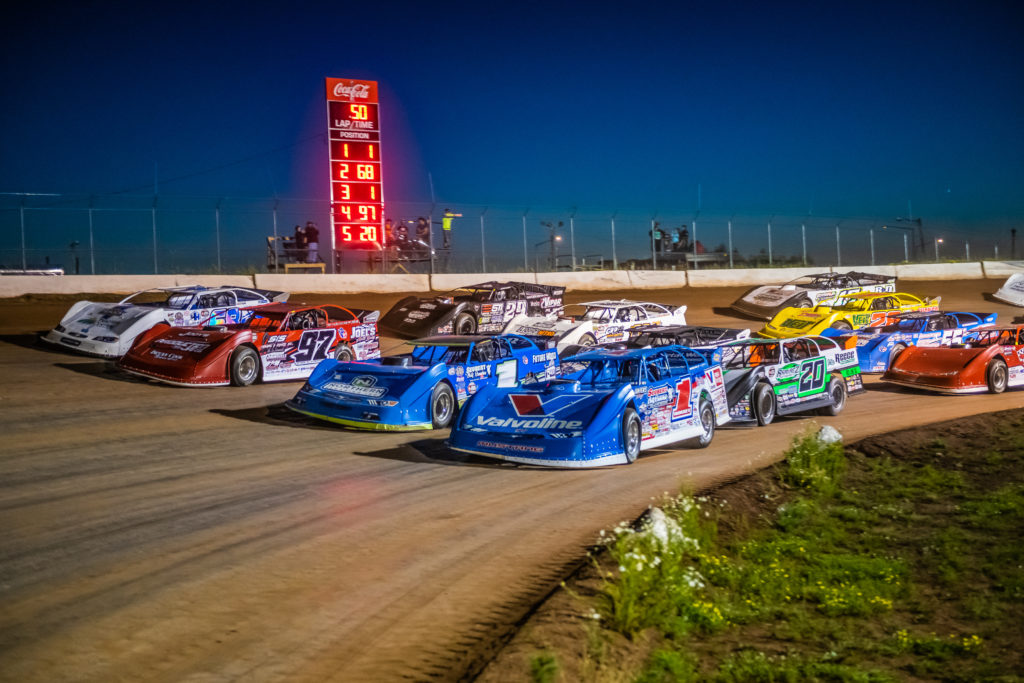 The 2021 campaign for the World of Outlaws Morton Buildings Late Model Series is slated to be bigger and better than ever before.

With a confirmed 55 races at 33 tracks across 16 states and the potential of more coming, next year’s schedule is the largest in the 20-year history of The Most Powerful Late Models on the Planet.

Already boasting the most lucrative championship points payout in Dirt Late Model Racing, the World of Outlaws is stepping it up even further in 2021 with an upgraded standard purse that pays $10,000-to-win, $2,000-for-tenth, and $1,000-to-start.

“This is without a doubt our biggest release in World of Outlaws Late Models history,” Series Director Casey Shuman stated on the 2021 outlook. “We listened to our guys this year and tried to deliver what they wanted looking ahead to 2021. We’ve added more money than ever and picked up some pretty cool special events, which I think have a lot of potential. It’s going to be an exciting year that’s for sure. I’m ready to get the ball rolling and see what we can make happen.”

Much like years past, Volusia Speedway Park opens the calendar, only this time in January with the Sunshine Nationals lighting the fire with a trio of shows on January 14-16. Three weeks later on February 10-13, the Outlaws are back at the Barberville, Fla. half-mile for four consecutive nights to conclude the famed DIRTcar Nationals.

Bringing six new tracks to the tour will add some spice with Richmond (Ky.) Raceway on April 23, Plymouth (Ind.) Speedway on June 5, I-94 (Minn.) Speedway on July 17, and the aforementioned Boone, Mississippi Thunder and Revolution Park all hosting their first ever World of Outlaws Morton Buildings Late Model Series events in 2021.

Per usual, All Dirt Roads Lead to Charlotte, where the season-long grind concludes on November 4-6 with the highly anticipated Can-Am World Finals at The Dirt Track at Charlotte. A pair of $12,000-to-win features end the year for the Late Models alongside the World of Outlaws NOS Energy Drink Sprint Cars and Super DIRTcar Big Block Modifieds in one epic weekend.

In all, 55 races across the country from January to November will create the most extravagant and lucrative tour in the 20-year history of the World of Outlaws Morton Buildings Late Model Series.

The schedule remains tentative with several special events and potential mid-week races currently in the works.