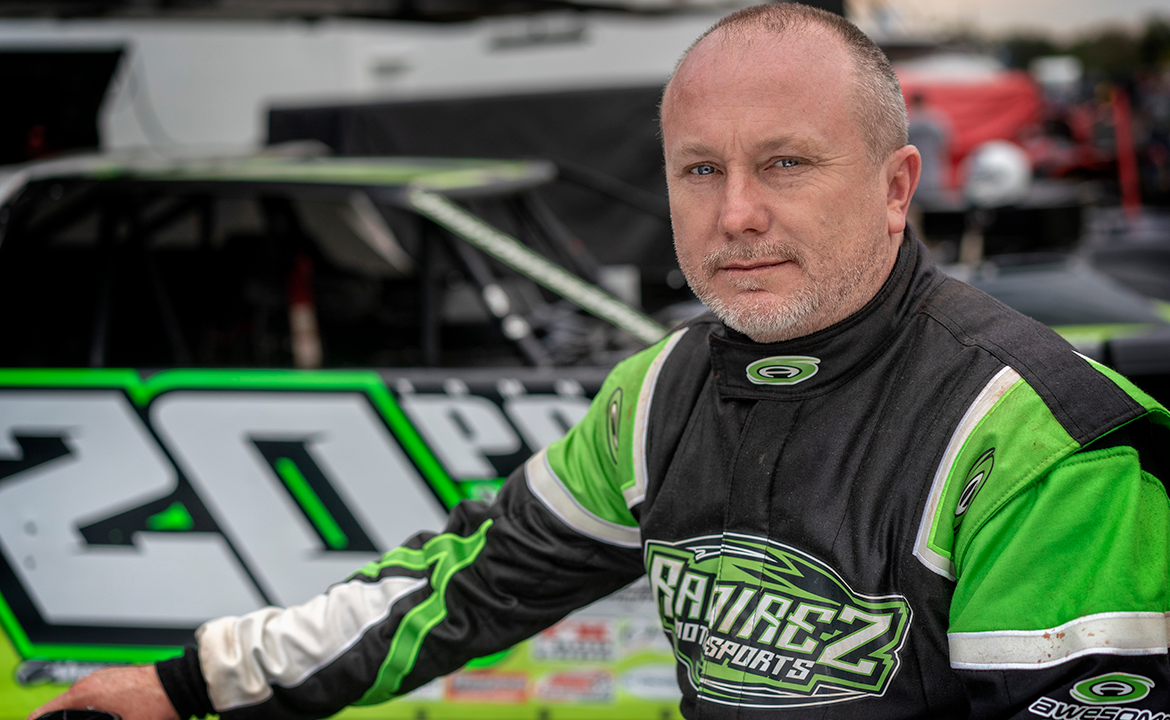 CONCORD, NC — At 48 years old and nearly 30 years of experience behind the wheel, there isn’t much Jimmy Owens hasn’t accomplished.

“I just did it because we were a bunch of old boys racing on the weekend — it was a hobby and something to do,” Owens said. “Turns out, I was pretty good at it.”

For those accolades, Owens thinks back to the many years he spent gaining experience wheeling around the high banks of Volunteer Speedway in Bulls Gap, TN. While life as a national Dirt Late Model superstar has its perks, he says there’s no track that holds an atmosphere quite like The Gap.

“Just knowing everybody [there] — friends, family, everybody going to have a good time,” Owens said. “I miss that when we’re out on the road. We’ve got our own family out on the road and everything, but it’s not family-family.”

Starting out in a Street Stock in the early 1990s, Owens eventually jumped into a UMP Modified and became one of the best weekend warriors the Southeast had ever seen, memorably collecting a $100,000 check for the 2002 DIRTcar UMP Modified national championship. He might have been a full-time full-fendered competitor since 2003, but Owens has also found the time to give back to his Modified roots as the owner and founder of the LG2 Modified chassis brand.

However, there is one area the native Tennessean has never dabbled in – track ownership. But that doesn’t mean he hasn’t ever thought about it. When asked if he’d ever consider something along those lines after his days in the driver’s seat are numbered, he replied “Absolutely. We’ve actually even entertained that now. At one time, I’d looked into possibly trying to buy Volunteer Speedway.”

Owens was ultimately unable to execute his plans to purchase the eastern Tennessee oval, but his fanbase has never been larger and, as a now three-time DIRTcar Nationals Feature victor, his driving career is alive and well. So, there’s no reason to give it up now.

“It comes right back down to, ‘Do I want to run a racetrack or do I want to race?’” Owens said. “Right now, I’m able to race and make a living, and that’s what I want to do. But as soon as I’m done, heck yeah, I’ll do anything just to stay in it.”

Arguably the most unique thing about Volunteer Speedway is its eye-opening degree of banking in the corners. Late Model fans come from all over the region to pack the signature orange/white bleachers when the Super Late Models come to play, and it’s where Owens cut his teeth and paved the way for the success he sees today.

“I grew up watching all the racers do that. It helped me a lot and hurt me a lot, learning to drive on the high banks,” Owens said. “We’ve run okay at Eldora because of it, and I still think we run good because we grew up on the banked tracks, but it also gave me a lot of bad habits when I went to other tracks.”

Through it all, The O-Show has learned a lot from taking more radical approaches to race day, recalling how sometimes he and the crew would make drastic adjustments to his car setup just to see what would happen.

“We were just trying to learn things as we went,” he said. “We’ve cost ourselves races and won races by large amounts because we would just come in and change stuff even though we set quick time.”

Make sure to tune into DIRTVision tonight and catch all the action with Owens, Madden and a huge field of Dirt Late Model stars from the exciting 2007 World of Outlaws Morton Buildings Late Model Series event at Volunteer.