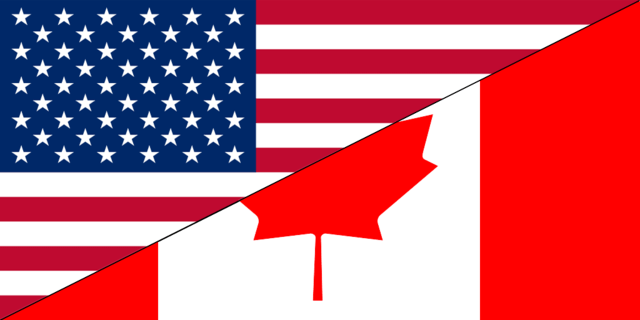 Adding more excitement to the renowned national tour’s previously-released 2012 schedule, the full-fender World of Outlaws stars will end a one-year absence from the Canadian dirt-track scene with a weekend doubleheader at Autodrome Granby in Granby, Que., on Fri., June 22, and Cornwall (Ont.) Motor Speedway on Sun., June 24. The swing will then conclude on Tues., June 26, at Canandaigua, a longtime DIRTcar-sanctioned facility.

The trio of events will lead into one of the season’s richest and most prestigious races – the sixth annual Firecracker 100 presented by GottaRace.com on June 28-30 at Lernerville Speedway in Sarver, Pa. A pair of 30-lap, $6,000-to-win preliminary programs precede the weekend’s 100-lap headliner that offers a $30,000 top prize.

“We’re very happy to add visits to Autodrome Granby, Cornwall and Canandaigua to the 2012 World of Outlaws Late Model Series schedule,” said tour director Tim Christman. “The fans in Canada and central New York always welcome the World of Outlaws teams with open arms so we’re really looking forward to bringing them more of the intense action that’s the hallmark of the World of Outlaws.”

The new dates will set up a two-week-long stretch of competition in the Northeast for the WoO LMS, which enters the region with back-to-back weekend programs on June 16 at Hagerstown (Md.) Speedway and June 17 at Eriez Speedway in Hammett, Pa. Christman said another mid-week event could be added to the schedule between the Eriez and Granby stops.

The 50-lap, $10,000-to-win show at Granby on June 22 will bring the WoO LMS to the half-mile oval for the first time. A top-notch facility that headlines the DIRTcar 358-Modified division on Friday nights, Granby is located one hour east of Montreal and two hours from the American border at Plattsburgh, N.Y.

Cornwall, meanwhile, returns to the WoO LMS slate for the fourth time in five years on June 24 with a 50-lap A-Main paying $10,000 to win. Previous winners at the quarter-mile bullring promoted by Ron Morin include two-time series champion Josh Richards of Shinnston, W.Va. (2008 and ’09) and Francis (’10).

The WoO LMS will close the swing on June 26 (distance and purse to be determined) with its third alltime appearance at Canandaigua, a sprawling half-mile fairgrounds track in its second season under the direction of Jeremie Corcoran. Richards was victorious there in ’08 and Tim McCreadie of Watertown, N.Y. – the ’06 WoO LMS champion and a former Canandaigua DIRTcar Big-Block Modified regular at Canandaigua – scored an emotional triumph in ’09.

The 2012 WoO LMS campaign now stands at 45 confirmed race dates comprising 41 A-Mains – with more events still to be added. Christman said fans should look for several exciting announcements in the near future.

The coming season is shaping up as one of the most competitive in the tour’s nine-year history under the World Racing Group banner. Eleven of the 13 fulltime drivers from ’11 have indicated plans to follow the tour again, including defending champion Eckert, Lanigan, McCreadie, Chub Frank of Bear Lake, Pa., Shane Clanton of Fayetteville, Ga., Clint Smith of Senoia, Ga., Vic Coffey of Caledonia, N.Y., Tim Fuller of Watertown, N.Y., Pat Doar of New Richmond, Wis., Ron Davies of Warren, Pa., and John Lobb of Frewsburg, N.Y.

The 2012 WoO LMS season will begin with the $20,000-to-win ‘Winter Freeze’ on Feb. 10-11 at Screven Motor Speedway in Sylvania, Ga. A busy month of February for the tour also includes the inaugural ‘Bubba Army Late Model Winter Nationals’ on Feb. 16-18 at Bubba Raceway Park in Ocala, Fla., and the UNOH DIRTcar Nationals on Feb. 23 and 25 at Volusia Speedway Park in Barberville, Fla.