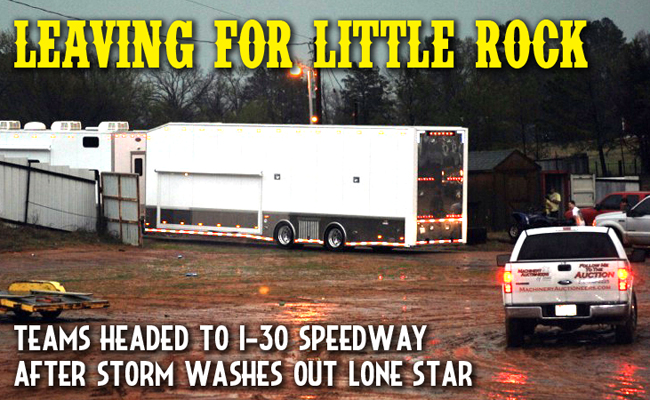 Heavy rain accompanied by strong winds and hail pummeled the three-eighths-mile oval, leaving track and series officials no choice but to call off the evening’s scheduled 50-lap, $10,000-to-win event. It was the second rainout of the 2014 World of Outlaws Late Model Series campaign.

The event will not be rescheduled this season, but series officials will work with Lone Star management in hopes of bringing the national tour back to the track in 2015.

The World of Outlaws Late Model Series will be in action Saturday night (March 29) at I-30 Speedway in Little Rock, Ark.