Event Description
Three words - “It’s Bristol Baby.” The World of Outlaws returns to the iconic 1/2-mile on April 28-30 with a practice day before two nights of action for the second consecutive year. The speeds of the Most Powerful Late Models on the Planet and the high-flyin' Sprint Cars will thunder around “The Last Great Coliseum” as they fight for $25,000 on Saturday, April 30.

Pit Age Limit
There is no age limits for the pit area. Minors 17 and younger must have a signed parent waiver form

Personal Coolers
No coolers are allowed to be brought in to the grandstand area.

Smoking Policy
Smoking (including E-Cigarettes) is NOT permitted in any grandstand, entry portals, terrace, suite or restroom areas. Guests may smoke in open concourse areas.

Jonathan Davenport proved not even Kyle Larson would be his kryptonite at Bristol Motor Speedway.

“Superman” rose to the occasion in Friday’s World of Outlaws CASE Construction Equipment Late Models Feature at the Bristol Bash as he thundered past Ricky Weiss with four laps to go. But the Blairsville, GA driver was far from being in the clear.

Larson, who was forced to start from the rear of the field after being late to the starting grid, blasted around the top side of Bristol’s iconic high banks from 24th to second in 27 laps, raising the crowd to its collective feet as he set his sights on Davenport.

The defending NASCAR Cup Series champion from Elk Grove, CA, Larson continued to hammer the top with only one more car to pass and a lap to go. He swung his Longhorn Chassis to the outside of Turn 1, but slipped up the banking as his right rear let go and he contacted the wall, ending his chances for victory.

Davenport then cruised from Turn 2 to the checkered flag scoring a $25,000 prize and his third straight triumph when racing with the World of Outlaws CASE Late Models.

“Superman” didn’t realize Larson was there, but he made sure he kept the car wide in the last few laps.

“The last couple of laps, I just tried to stay really wide going into the corner,” Davenport said. “I had been on the top, but obviously not as far up top as [Larson] had been. I just tried to stay a little wide in case someone was up there; I guess just to mess up their air.”

The Georgia driver scored this third win in the past seven days and the 11th World of Outlaws win of his career.

“We finally got that gorilla off our back down last week in Florida, and now we’re on a roll,” Davenport said.

The Headingley, MB driver was disappointed after a win at Bristol slipped through his fingers for the second consecutive year.

“I thought I gave it away on the start,” Weiss said. “We fought back, and Davenport got a little aggressive early. It didn’t work. We got by him, and I think he had a better seat to the show and just made the right choices the last few laps, and it gave him the win.”

Kyle Bronson, of Brandon, FL, crossed the line third. He stated he was happy with his performance after struggling at Bristol earlier this year.

“I usually like these big places, but I sucked the last few times I’ve been here,” Bronson said. “We got a brand-new [Rocket] XR-1 out and it’s been really good, got a brand-new set of Integra Shocks and a brand-new Clements engine.

“Everything ran flawless tonight. We just got to work on it and get steering a little bit better. Larson showed the way around the top tonight and we kind of figured out some things. We just have to turn a little bit better if we’re going to be good up there.”

Scott Bloomquist, the 2004 Series champion, finished fourth in his first World of Outlaws start of 2022. The Mooresburg, TN driver struggled with his handling throughout the night.

“We’re still missing a little,” Bloomquist said. “The tire change had us off a little bit. If I overdrive, I’m a little free, and if I underdrive a little bit, I push a little. I have a little work to do for [Saturday], but I think we’re gaining on it.” 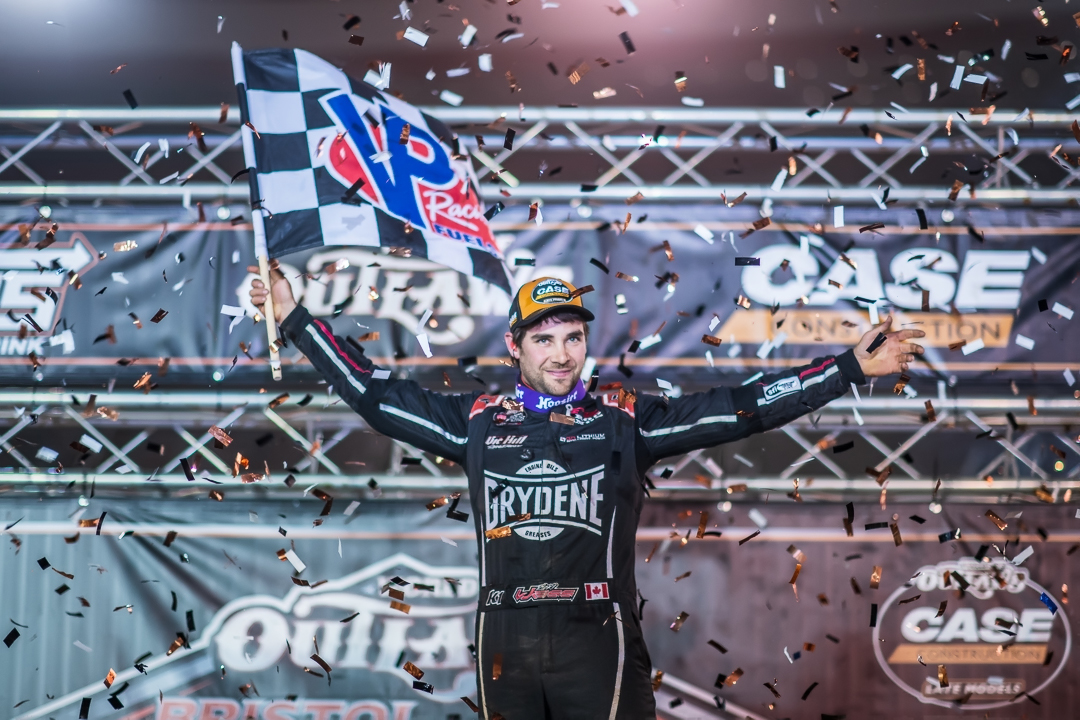 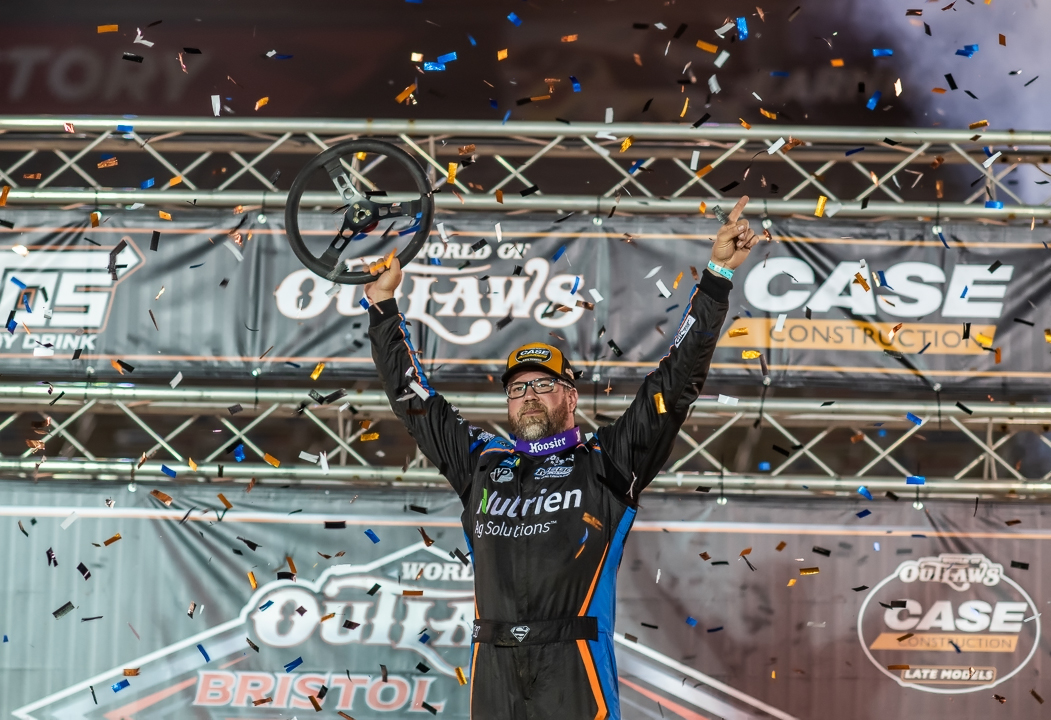 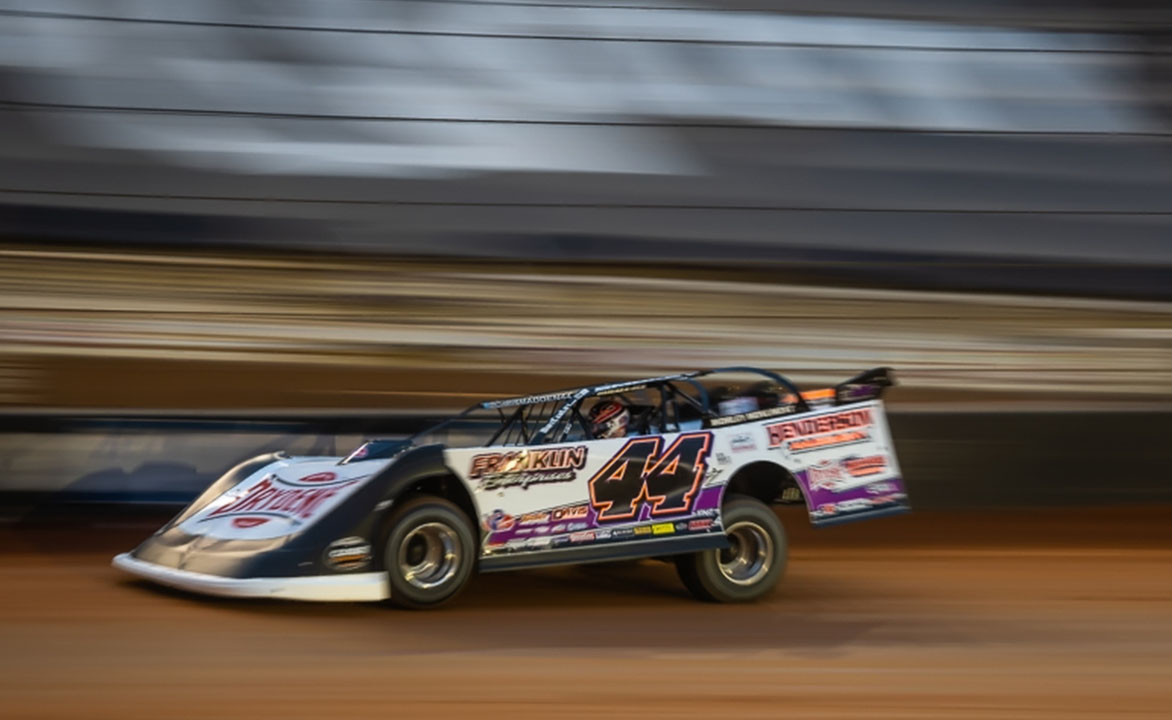 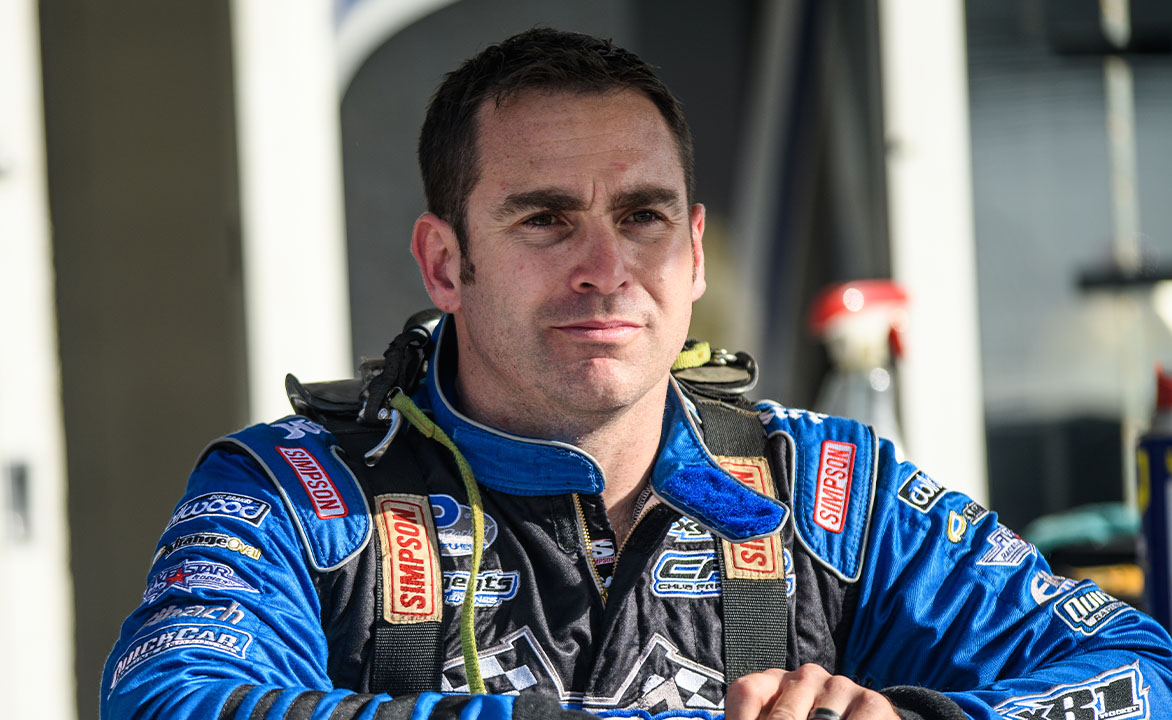 BACK TO BRISTOL: Richards Reflects on Bristol Win, Looks Forward to Rest of 2022 World of Outlaws Campaign 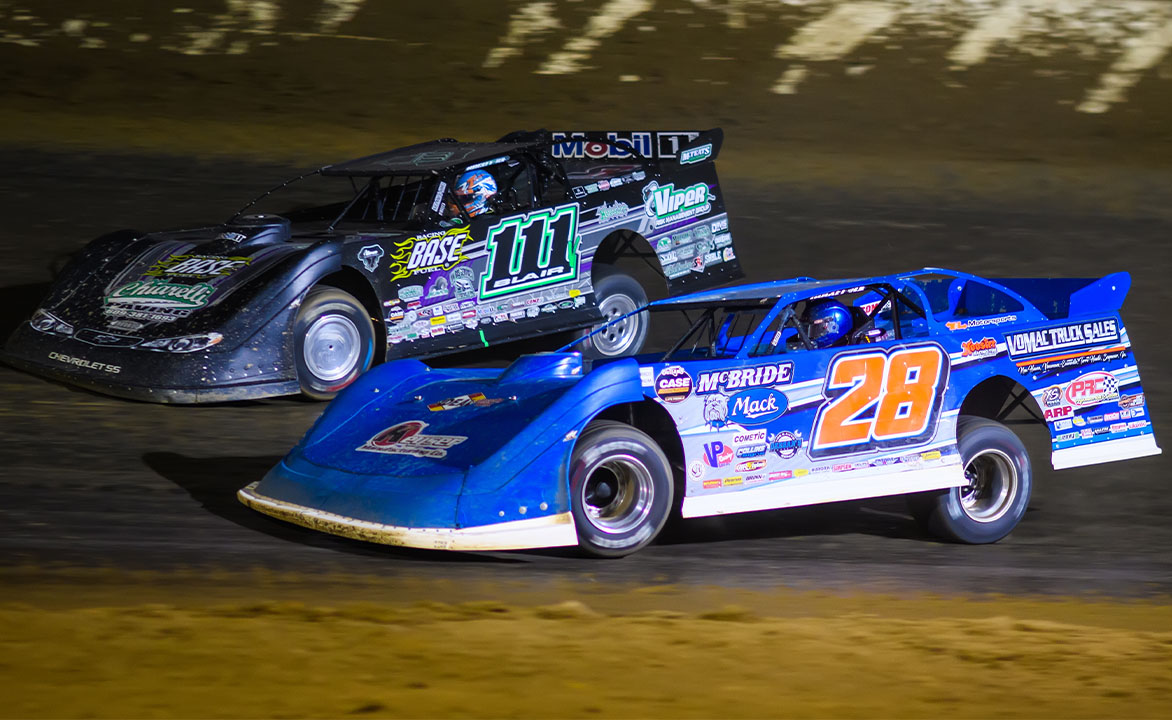 WHAT TO WATCH FOR: World of Outlaws Late Models Take on the Bristol Bash 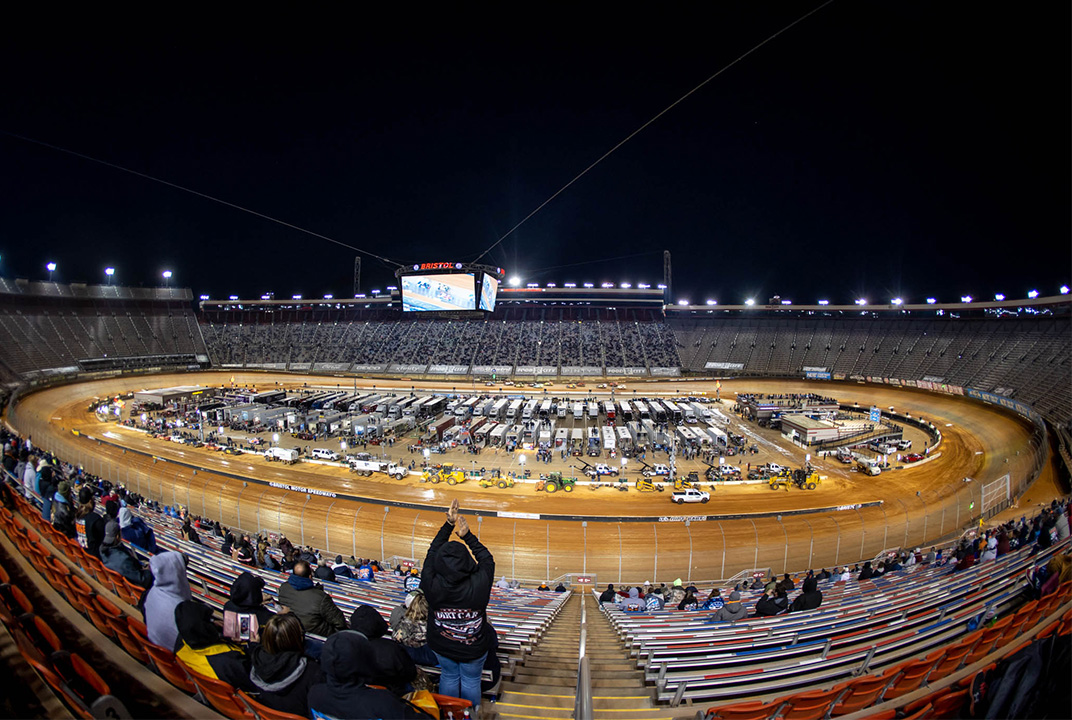 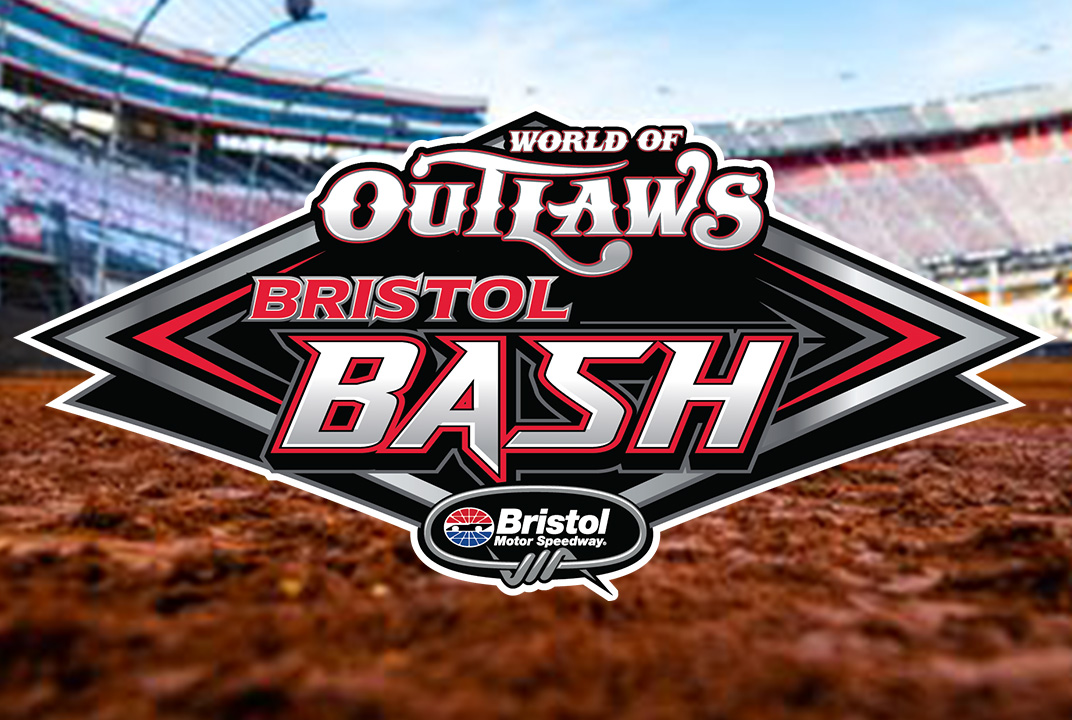 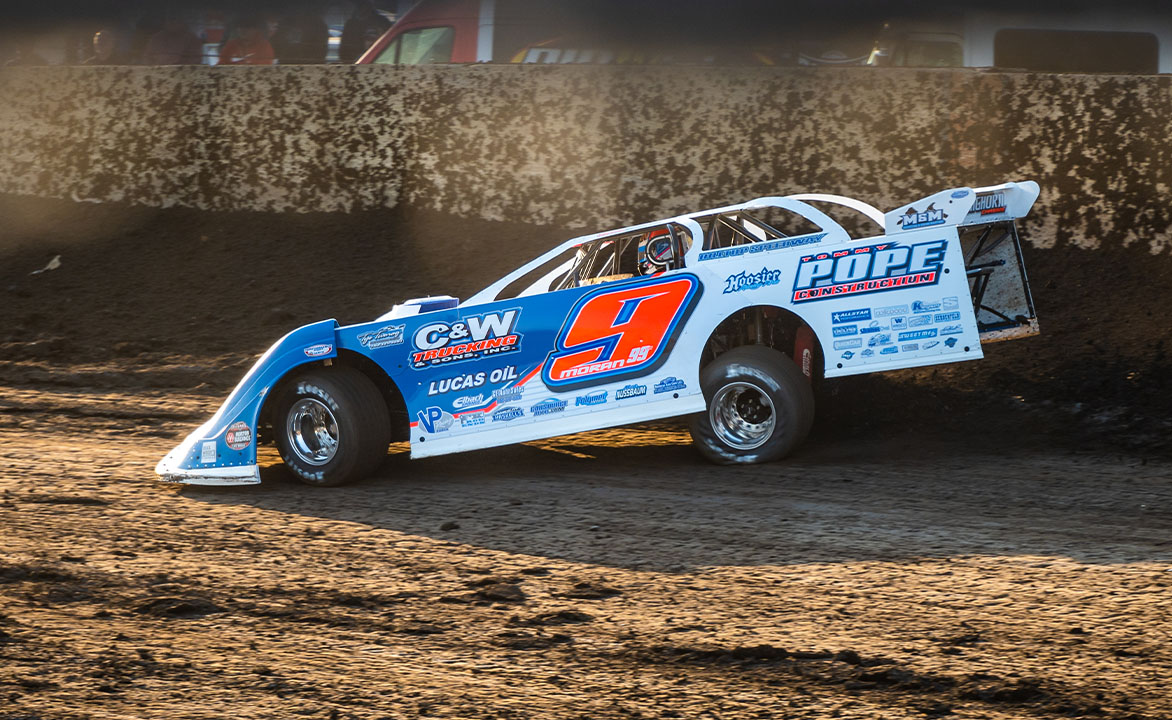