Event Description
After a thrilling race won by Kyle Larson at Sharon Speedway in 2021, the Series returns for two nights in 2022. The Hartford, OH track will host a doubleheader on May 27-28, with Saturday’s event paying $20,000 to the winner.

Type of Grandstand
Bleachers - No backs

Alcohol Sales
not allowed in

A feeling of déjà vu hit Ryan Gustin as the laps wound down Saturday at Sharon Speedway. A position he knew all too well.

Nine months ago, at the same venue, “The Reaper” battled 2021 NASCAR Cup Series Champion Kyle Larson for the lead, ultimately settling for second.

Only 12 laps remained Saturday night, and again, he found himself in second. However, this time, he wouldn’t let that nine-month heartbreak last any longer.

As race leader Shane Clanton clicked off Lap 48, Gustin swung his Rocket Chassis underneath the “Georgia Bulldog,” pulling even off Turn 2.

That’s when the Marshalltown, IA driver saw his opportunity to pass the former champion.

Gustin dove under Clanton in Turn 3, getting every ounce of momentum he could to swing in front of the 2015 Series champion to take the lead—one he wouldn’t relinquish.

In the final 10 laps, he pulled away to capture his first career World of Outlaws CASE Construction Equipment Late Model Series win worth $20,000.

Gustin’s confidence rose when he saw Sharon Speedway return to schedule this year, knowing it may be his best chance to win.

“It feels awesome, man,” Gustin said. “I definitely didn’t want to wait this long, but it definitely feels good, especially to win 20-grand.

“I knew if we had a shot anywhere, it was going to be [Sharon Speedway]. We were really good last year, and we put a 100 percent identical setup on it, and [the car] was good tonight too. I think we definitely got something figured out at this place.”

A caution with 22 laps to go in the Feature allowed Gustin to get closer to Clanton, who had almost a full straightaway lead.

While the yellow bunched the field back together, Gustin wasn’t sure what would happen in the race’s final third.

“I knew we just had to give her hell there,” Gustin said. “There weren’t many laps left, and we had to go.”

Clanton settled for second, his third top-five in his last four World of Outlaws races.

The Zebulon, GA driver believes he’s moving closer to his first Series victory of the season.

“Our confidence is up,” Clanton said. “Our cars are good. We’re just taking it race by race and hopefully pick one up or two.”

Four-time Series champion Josh Richards finished third, his fourth podium in the last five races. The Houston, OH driver took the lead from Max Blair early in the race before a caution negated the pass.

However, Richards wasn’t sure if he could’ve held on.

“I felt like I was going to slide Max into [Turn 3] for the lead,” Richards said. “I don’t know if we could’ve held on or not. I was fighting steering down into [Turn] 1 a little bit, so it was a handful at the end.

“Shane and Ryan both did a great job as they could turn better through that stuff and keep their speed up. But we’re still happy for the night that we had, and with the year we’ve had, we’ll take it; we have to build on it.”

The finish continues the Carpentersville, IL driver’s consistent runs in 2022 on a night he felt track position was vital.

“Track position meant a lot there,” Erb said. “I had a couple of chances to get up in there, but we weren’t able to get up there. We’ll just take what we got here and go on to the next one.”

Devin Moran from Dresden, OH, rounded out the top five.

Ryan Gustin felt a weight lifted off his shoulders in Victory Lane, a needed breakthrough on his World of Outlaws journey. He hopes it’s a feeling of déjà vu he can return to many times throughout the rest of his career.

UP NEXT: The World of Outlaws CASE Late Models head to Tri-City Speedway in Granite City, IL on Friday, June 3. 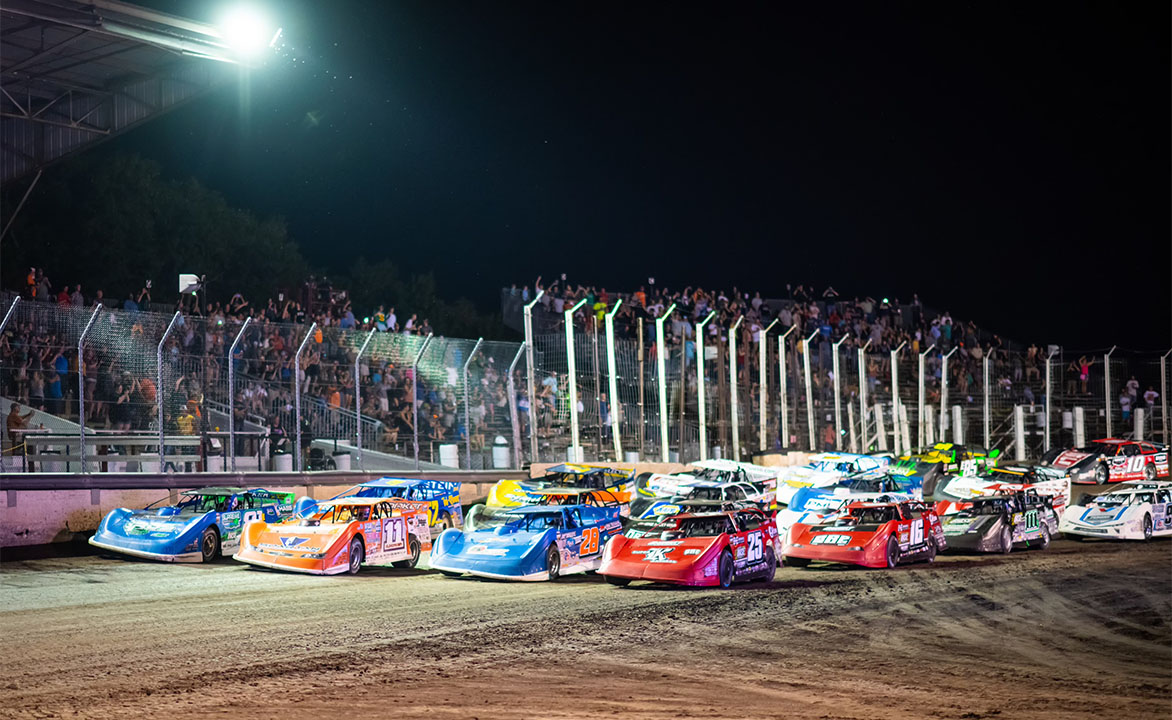 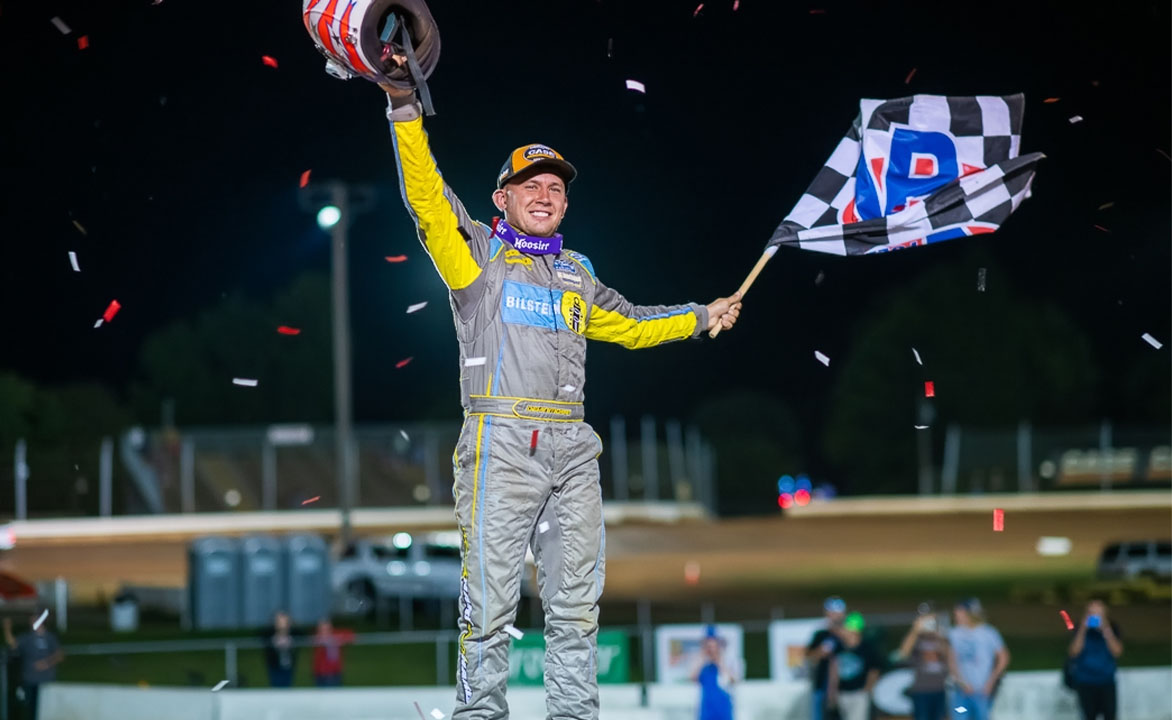 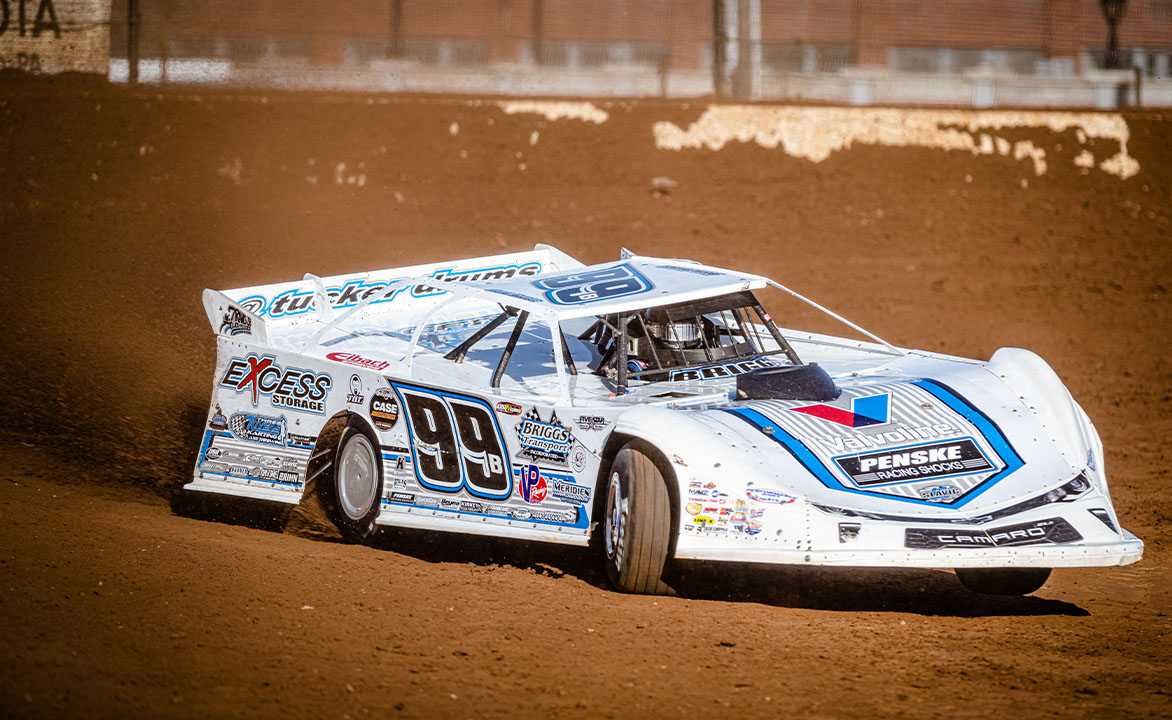 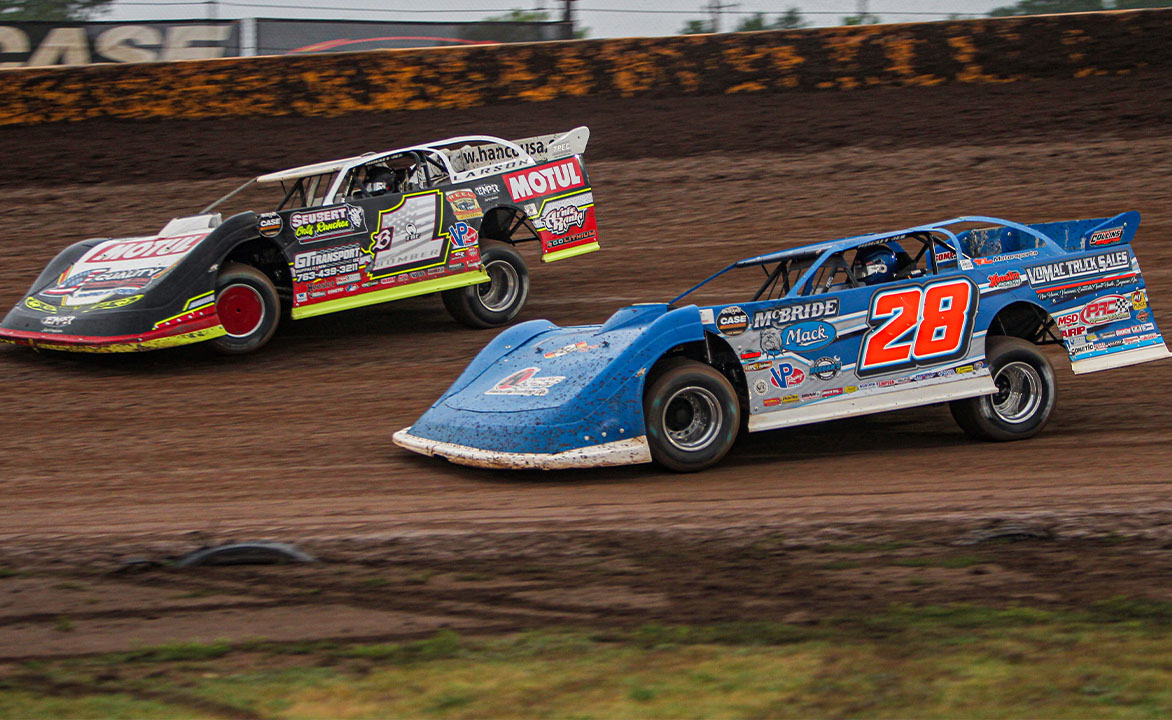 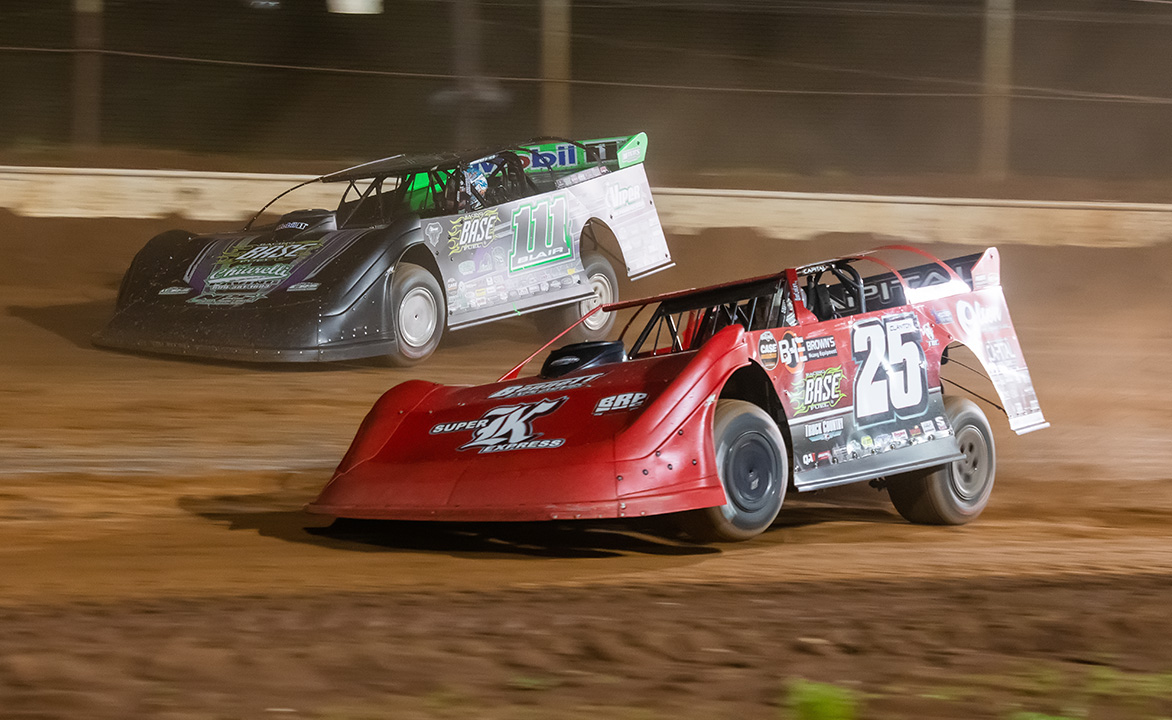 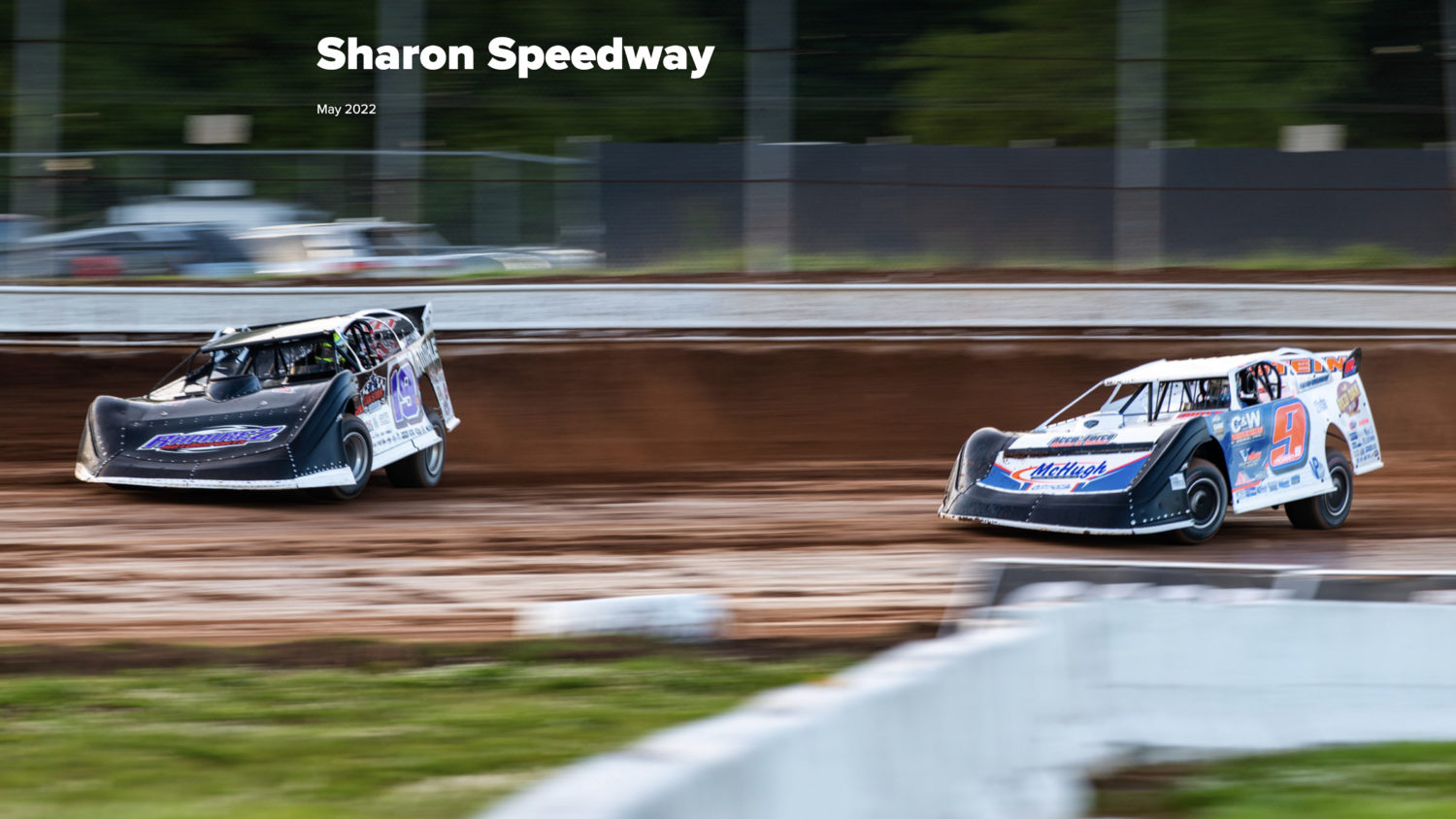 Through the Lens: Sharon Speedway 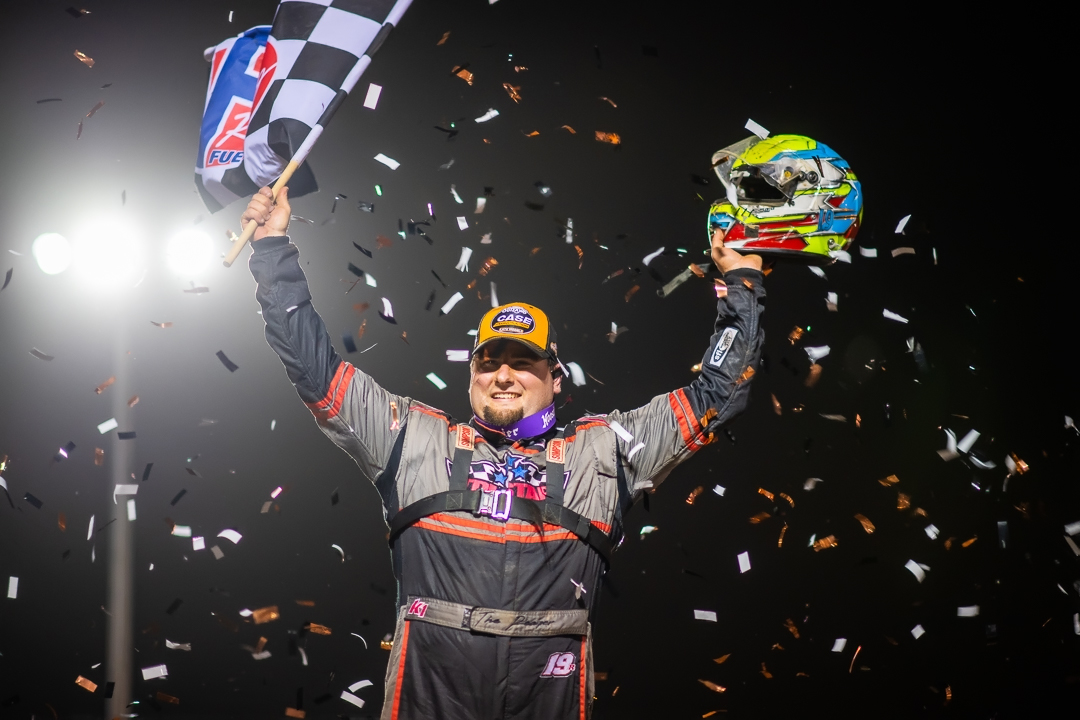 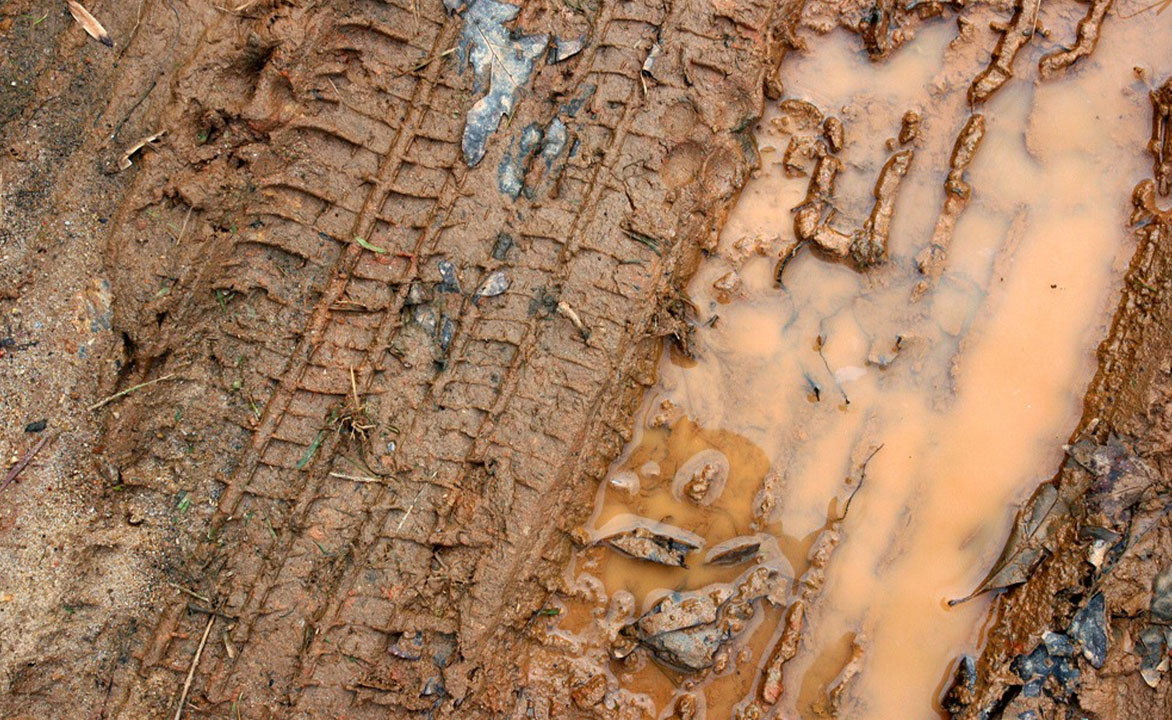