ROAD TO CHARLOTTE: Gustin Looks Back on Rookie Season with World of Outlaws 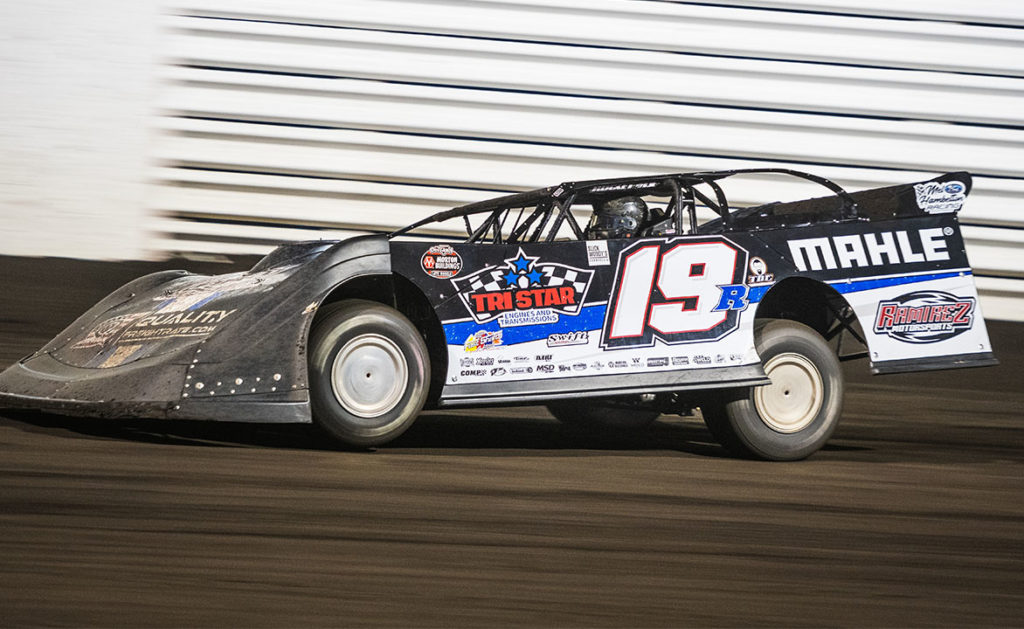 Ryan Gustin knew there would be a learning curve in his rookie season with the World of Outlaws Morton Buildings Late Models. But like famous painter Leonardo Da Vinci once said, “Learning never exhausts the mind.”

As the Marshalltown, IA driver learned from track to track, many of which he saw for the first time, he built upon his performance and managed to grab nine top-fives and 21 top-10s leading into the NGK NTK World Finals at the Dirt Track at Charlotte, Nov. 4-6.

Gustin contended with Tyler Bruening in an epic battle for Rookie of the Year, but some bad luck for “The Reaper,” coupled with Bruening’s consistency, helped the Decorah, IA driver secure those honors. Gustin is still satisfied with his season despite not winning the award.

“We wanted to really win the Rookie deal, but we just had a lot of back luck; and had some things happen that were out of our control,” Gustin said. “All in all, I’d say it was a pretty damn good year for our Rookie season. We’re true Rookies. Bruening, he ran the Lucas tour before, and we’ve never done this, so I’d say it was pretty good.”

Gustin has earned five podium finishes in 2021, so far, and earned a preliminary win during the Prairie Dirt Classic but is still searching for his first career Series win. His best chance came in August at Sharon Speedway, when he settled for second after an epic back-and-forth battle with Kyle Larson, where Gustin almost passed the NASCAR star for the lead on the outside in Turn 3.

Despite not getting the elusive first win, reaching the podium against the World of Outlaws regulars gives him the confidence to keep pushing.

“Anytime you run the top-three with the World of Outlaws guys, you’ve done something great, no doubt,” Gustin said. “We would’ve liked to get that win though, we were close a couple of times, and the cards didn’t fall into our favor.”

One of the new ventures Gustin endured this season was his first taste of a red clay surface at tracks like Cherokee and Lavonia Speedways. He’ll try to take that knowledge and apply it on Nov. 4-6 as the Series heads to The Dirt Track at Charlotte for the NGK NTK World Finals.

It’s a different situation for Gustin at the 4/10-mile oval. He has laps around The Dirt Track at Charlotte in the past, competing in the World Finals in 2013 and 2014. He made three of the four Features he attempted to qualify for— his best finish of 14th came in 2014.

While a World of Outlaws win hasn’t been in the cards for Gustin, winning at the NGK NTK World Finals would be a notch in his belt he’ll never forget.

While the World Finals finish the 2021 Series schedule, Gustin is already looking ahead to the next season. He hopes to keep learning and getting better, keeping mental notes that won’t exhaust his mind for his sophomore World of Outlaws campaign.

“It just depends how the season goes,” Gustin said. “I would definitely like to run in the top-five every season for sure, but it’d be nice to get up there and win it too. We’ll just see what next year brings.”

Gustin and the World of Outlaws return to action Nov. 4-6 at The Dirt Track at Charlotte for the NGK NTK World Finals. For tickets to the three-day spectacular, featuring the Late Models, World of Outlaws NOS Energy Drink Sprint Cars, and Super DIRTcar Series: CLICK HERE.

Sunshine awaits the World of Outlaws Late Models at Volusia

TAKE FIVE: A Look Back at the Top Five Races of the 2021 Season