REAPING THE BENEFITS: Gustin taking first year with World of Outlaws in stride 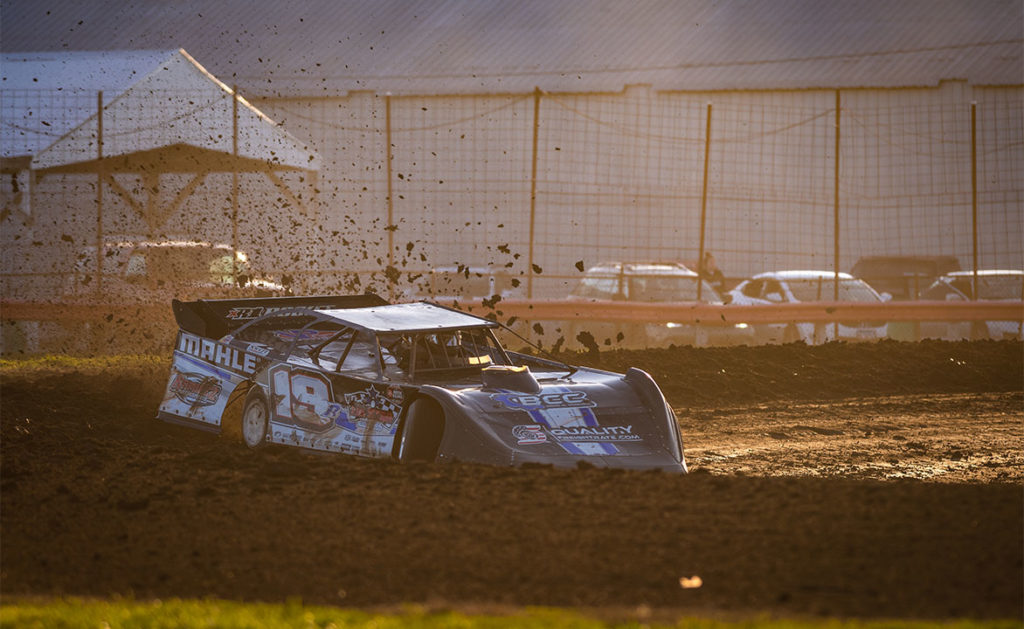 Anytime you make your first attempt at something, there’s likely some growing pains you’ll have to deal with.

That’s what 2021 Rookie of the Year contender Ryan Gustin is going through in his first year with the World of Outlaws Morton Buildings Late Models. The Marshalltown, IA driver knows the struggles are part of a learning curve.

“It’s a tough deal, it’s about as hard as it gets out here,” Gustin said. “We’re just taking our whooping’s one night at a time.”

Despite those struggles, Gustin is currently 11th in the points standings, with four top-10s in his first 10 starts. It’s not something “The Reaper” expected when the year started.

“This isn’t local racing by any means, so we didn’t really have high expectations,” Gustin said. “But at the same time we have good stuff, so we feel we can also run good.”

That feeling is something Gustin hopes to turn into better finishes as the grueling World Of Outlaws schedule continues.

“The season has had its ups and downs so far, but hopefully it’s kind of a turning point to run more consistent with more top-10s and top-fives,” he said.

While he hopes for more consistent finishes, Gustin hasn’t set a goal for the 2021 season.

“We’re just out here trying to learn, we’re rookies right now so we’re just trying to do the best we can every night, and just get better,” Gustin said.

He may not have a set goal, but Gustin still has his eyes on winning Rookie of the Year. Since DIRTcar Nationals in February, he’s closed the gap on leading rookie contender Kyle Strickler. He hopes to narrow it even more with trips to the Midwest on the horizon.

“That would be a cool accomplishment for sure, but it’s going to be tough,” Gustin said. “We gave up a lot of points at [DIRTcar Nationals], but hopefully we can get back to our neck of the woods with tracks he’s not familiar with and make up some ground.”

One of those tracks near Gustin’s Iowa home is Mississippi Thunder Speedway. The World of Outlaws Morton Buildings Late Models will visit the Fountain City, WI track for the first time on May 7-8. “The Reaper” hopes there’s another first at the Dairyland Showdown doubleheader.

“I have a lot of laps around [Mississippi Thunder Speedway] and a lot of success. Hopefully we can get our first win there, if it doesn’t happen before that,” Gustin said.

If that first win comes in front of his home crowd, it’ll be a good way to show how he’s fighting through the growing pains of running a full-time Series schedule.

Gustin and the rest of The Most Powerful Late Models On The Planet return to action April 23-24 for a swing through Kentucky and Ohio.

Friday, April 23, the Series makes its first-ever trip to Richmond Raceway in Richmond, KY. Then on Saturday, April 24, it’ll move to Brushcreek Motorsports Complex in Peebles, OH for the first time since 2006.