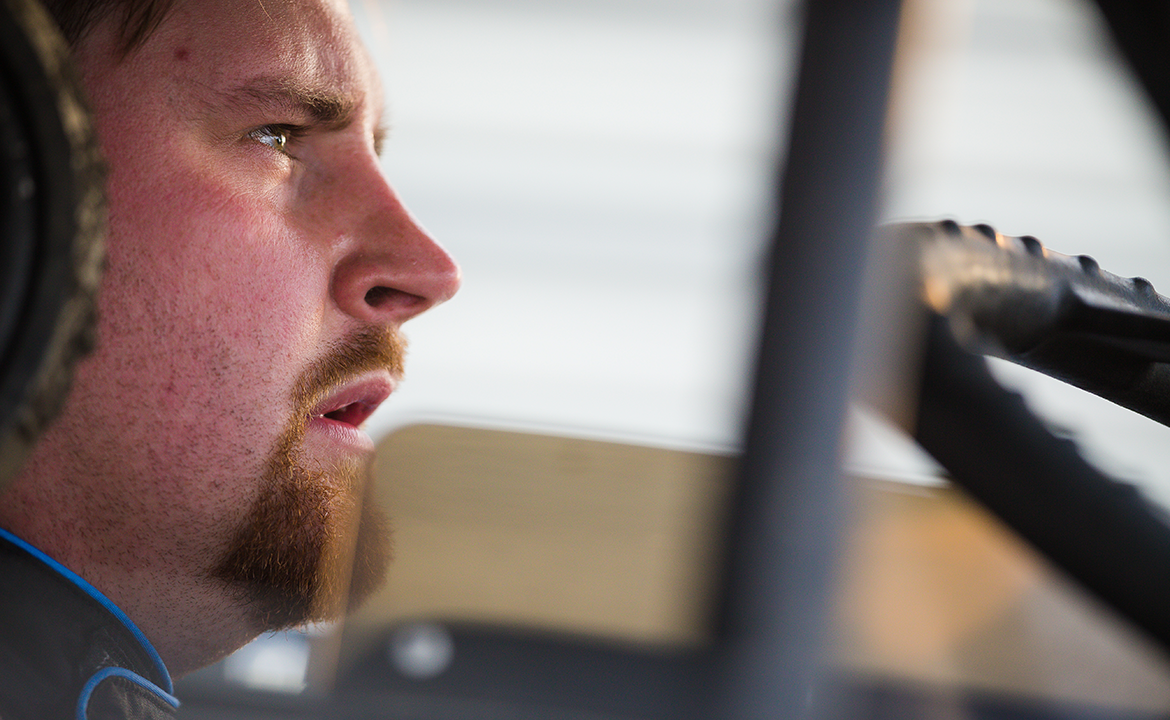 With the return of several veteran drivers and additions of the sport’s top rookie competitors to the World of Outlaws Morton Buildings Late Model Series over the past few seasons, the longest-tenured member of the full-time roster without missing a season is now Chase Junghans.

Junghans, of Manhattan, KS, has held a roster spot for some time in every season since his rookie campaign in 2014. Ever since then, he’s been steadily improving. In seasons making more than 30 starts, he’s slowly been creeping up the year-end points tally finishing order. He’s had a win three different seasons and has also been improving every year in other stats categories such as top-10s and laps led.

Hailing from the Great Plains, Junghans normally has the farthest tow to wherever the next race is and come about as far in a career that’s seen him with multiple different car designs, chassis and even haircuts. Looking back on his first few starts with the Outlaws over six years ago, Junghans reflects on what it was like to be a nationally touring driver at the age of 20.

“I was just enjoying it,” he said. “That was like the first time I finally got to travel with racing full-time, it was fun. I was just out there racing, I wasn’t really worried about results or anything, was just trying to better myself racing with the best of the best.”

Starting out as a teenage Modified racer around his local Midwest tracks, Junghans raced several years alongside older brother Grant, who passed in 2016 after a six-year battle with cancer. Junghans switched to a Late Model in 2013 and has enjoyed every minute of the road grind since.

“It’s about the only thing I know how to do, honestly,” Junghans said. “I’ve been doing it since God knows when. I’ve been around racecars since I was able to scrape mud, it seems like.

“I didn’t really ever do any sports or anything, it was either hanging out at the racetrack or working out in the shop here in Manhattan. It seems like it’s in my blood, that’s all I’ve ever known how to do.”

The 2019 season was Junghans’ best yet. He scored his third career tour victory in July at Red Cedar Speedway and amassed a personal record of Drydene Heat race wins, Morton Buildings Feature top-fives, top-10s and laps led. A fourth-place result in the overall points standings was enough to bring the raw emotion right out of him as he reflected on his greatest accomplishments at the year-end banquet.

However, the 27-year-old has been through some struggles as of late. But he will recover.

“I feel like I’m a consistent eighth-place car, but I need to get better, for sure,” Junghans said. “Lost a couple of crew guys after Speedweeks, so it’s just been me and my other guy, but we know what we’ve got to do.”

Drivers and teams will come and go, and the World of Outlaws has seen plenty cycle in-and-out of the full-time roster every year since its inception. But Junghans has been loyal, season-after-season, and has no plans of doing anything else for a full-time job any time soon.

“It’s just been a blessing to be able to do it,” he said. “I don’t know how long I’ll keep on doing it, but we’ve been enjoying it since we started. Even when we run like crap or things don’t go the way we want, it’s still a lot better than an 8-to-5.”

For the 2017 season, Junghans made the chassis switch from Capital Race Cars to Rocket Chassis. He had befriended Rocket Chassis house car driver Brandon Sheppard in earlier seasons, racing at various events around the country and at Arizona Speedway’s Wild West Shootout, and Junghans soon developed a professional relationship with Rocket1 owner Mark Richards.

Junghans said he’s been very grateful for the help that Richards, Sheppard and the rest of the Rocket1 team has provided in previous years, and fans can still catch them parking beside each other at World of Outlaws events.

“If there’s ever anything that happens at the track or something, it seems like all those guys are there to help,” Junghans said. “If you get caught in a predicament, they’ve got their stuff so organized, they can normally help you out with something if you’re in a 9-1-1 deal.”

Though the motorsports world is on pause for now, Junghans continues to push forward in his efforts to improve himself as a driver and the strength of the team around him. Reflecting back a bit on just how far he’s come as a Dirt Late Model pilot on the national level, he has a very important piece of advice he’d give his 20-year-old self as a rookie in 2014, and any other aspiring racecar driver in the making.

“Just don’t ever give up,” Junghans said. “If you’re able to do it, I highly suggest you go out and try to race with us. Even though you get your butt kicked in the dirt all the time, you’re only going to be as good as who you race against, that’s the way I look at it.”