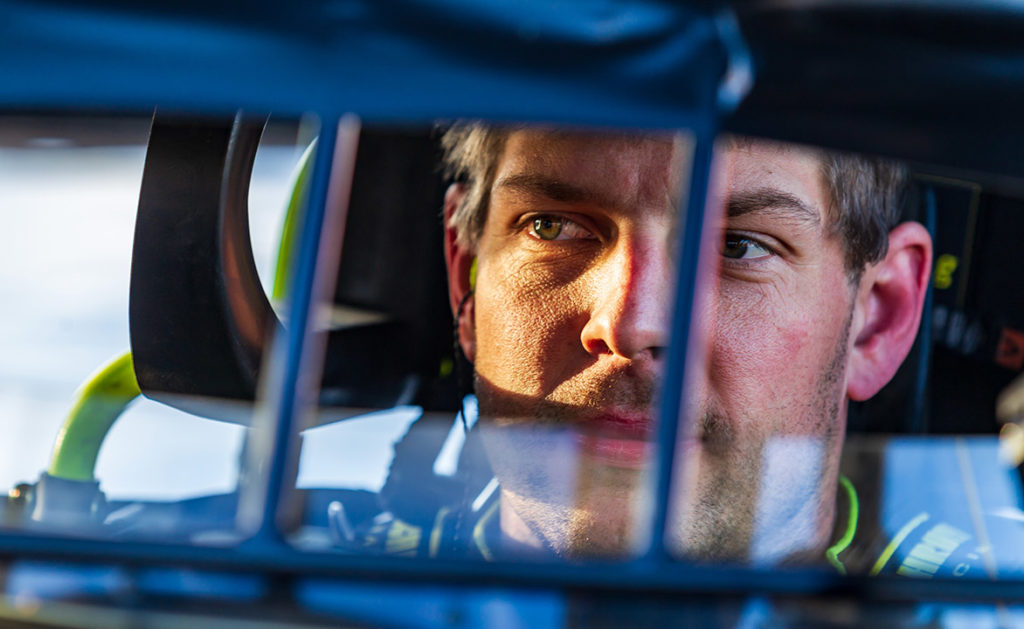 In his turn from UMP Modifieds to Late Models, performance is the key to the path Kyle Strickler takes. With two consecutive World of Outlaws Morton Buildings Late Model wins and the current points lead, that path couldn’t have been more clear.

Strickler, 37, from Mooresville, NC, has signed up to run the full World of Outlaws tour in 2021 behind the wheel of his #8 Longhorn Chassis for PCC Motorsports.

Initially, he and the team were going to run a Rocket Chassis on the Lucas Oil Dirt Late Model tour but the performance wasn’t there. Strickler was uncomfortable in the Rocket, proven by his best finish of 21st in the first nine races with Lucas – three of which he didn’t transfer to the Feature.

The idea of a change came during the World of Outlaws Late Models’ Sunshine Nationals season opener at Volusia Speedway Park in January. Strickler, behind the wheel of his familiar Longhorn Chassis, finished third in the first race and then won the second – his first Series win in just his 11th start. He also left the Sunshine Nationals as the Series points leader.

Before the start of the 50th DIRTcar Nationals at Volusia, Strickler and the team decided to make the switch. They traded their Rocket Chassis for Longhorns and signed on the dotted line to try and run the entire World of Outlaws Late Model tour.

“It’s a performance-based industry,” Strickler said. “So yeah, we signed up for the deal… We leave this week running top-five in points or leading points, we’d be stupid not to follow the whole tour. The Outlaws have been absolutely awesome to us and have treated us great. It’s a performance-based deal. It’s a business decision. Craig (Sims, owner of PPC Motorsports) and I will talk it over, but yeah, we’re hopefully going to stick on this deal and see how things go.”

The Pennsylvania-born driver backed up his decision Wednesday night, during the World of Outlaws’ first DIRTcar Nationals race of the week. Strickler fell from fourth to eighth on the initial start but fought his way back up through the field to claim his second consecutive win and extend his points lead. He’s currently 34 points ahead of 2019 Rookie of the Year winner Ricky Weiss.

“This is probably one of the most favorite wins of my career right now,” Strickler said in Victory Lane.

While he picked up the win, that race also reminded him that the transition from Modifieds – which he’s raced for the past several years and won numerous races in – to Late Models still holds a challenge. He spent all of last week behind the wheel of a DIRTcar UMP Modified. It wasn’t until Tuesday that he climbed back behind the wheel of a Late Model.

“It’s tough,” he said about the transition. “I wish I would’ve ran that first day (with the DIRTcar Late Models on Monday) because I would’ve been able to transition into it. But then our stuff was still fresh yesterday and ready to go for the first Outlaw race. It’s really tough. You drive them completely different. I got in this thing the first day and drove down into the corner and tried to slow up and keep traction in it and guys went by me on both sides. I went from second to fifth in the first Heat. I wasn’t going to do that again.”

Running for a championship is another new transition for him, too. He’d never done it before. Now, he’ll have to learn how to points race and practice consistency each week if he’s to keep his points lead.

“I’ve come a long way as far as my mindset going into the night,” Strickler said. “Podiums, wins, win you championships and gives you good points finishes. We’ve got to make sure we’re there at the end. And we’re not a little Modified team. We’ve got a great owner that can provide us everything we need for going down the road. We’re going to need all the spares and parts it takes to do this. The tours are a lot of long races. You’ve got to be prepared to do it.”

Along with running for the championship, Strickler will also run for the Rookie of the Year title against an already stacked rookie class. He joins Ross Bailes, Ryan Gustin, Tony Jackson, Jr., Parker Martin and Ryan Scott in the battle. Currently, Gustin is his closest competition, sitting eighth in points.

There are three more chances this week for Strickler to keep his winning streak going and further his points lead. Then, when the DIRTcar Nationals concludes, he’ll run the final three Drydene Xtreme DIRTcar Series events at the end of February. He currently sits second in points in that Series – 17 points behind Chris Madden. Soon after, the World of Outlaws season will continue on March 5 at Duck River Raceway Park.

So far, two wins and the points lead with the World of Outlaws have made him happy with his decision.

“That definitely makes it good,” he said. “Makes it really good.”